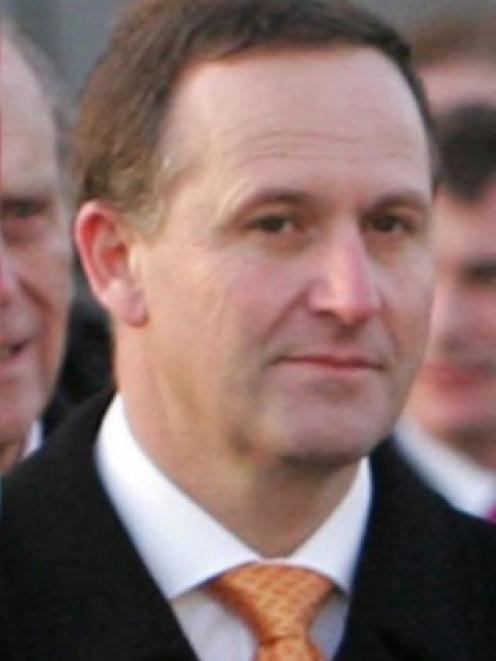 John Key
Prime Minister John Key has admitted the Government's communication over its controversial purchase of a new fleet of BMWs was "sloppy", with most of the blame landing on his chief of staff.

The decision to replace the Government's 34 three-year-old BMW limousines with new ones sparked anger last week, with the move seen as hypocritical against a backdrop of ministerial calls for spending restraint.

Mr Key said he never knew about the agreement. In Parliament last week, Cabinet Minister Gerry Brownlee admitted Finance Minister Bill English was told about the deal on December 17 - although that was after the Department of Internal Affairs (DIA) signed.

The Government this afternoon released hundreds of papers detailing the purchase of the new cars, and Mr Key conceded the issue had been handled badly.

"These papers show a series of lapses in the handling of what should have been recognised as a sensitive issue of significant public interest," Mr Key said.

"The whole thing has been sloppy and, frankly, the public deserve better. I'm not going to make excuses, the matter should have been handled better by everyone involved, including myself."

The papers showed Mr Key's chief of staff, Wayne Eagleson, and a DIA official met last July to discuss the purchase of the new cars.

"My chief of staff has no recollection of that meeting and there was no follow-up by either him or DIA. He has apologised for not drawing the matter to my attention at the time," Mr Key said.

"He's not questioning that the meeting's taken place, he just says he has no recollection of the meeting and there was no follow-up. And I'm at a loss to explain it, as he is."

The papers also showed Mr Key was copied into the email sent to Mr English on December 17, but Mr Key said he had left for holiday on December 16.

"Because it was copied to me and not something that I needed to action, it was put in a non-urgent file, not for immediate reading, and the first I saw of it was last week."

Mr Eagleson and the DIA had been told to tighten up their procedures.

Mr Key said the Solicitor-General had reviewed the contract and said there was no lawful way to cancel the order for the new cars.

However, Mr Key said the deal with BMW, which included the company paying for most maintenance and repairs, was a good deal for the taxpayer.

Mr Key said when the current contract expired in 2014, the Government would undertake a commercial tender process for new cars.

"Any tender from BMW would be measured against tenders from other household brands such as Holden and Ford and so on, a decision would then be made based on the best value for money for the New Zealand taxpayer."

"He has been dishonest. He has not told the public the truth. He has changed his story constantly and that leads to a loss of credibility," Mr Goff said.

"I think it's really damaging when people are being forced to live on incomes that don't enable them to make ends meat and the Government is buying a new fleet of vehicles complete with back massagers.