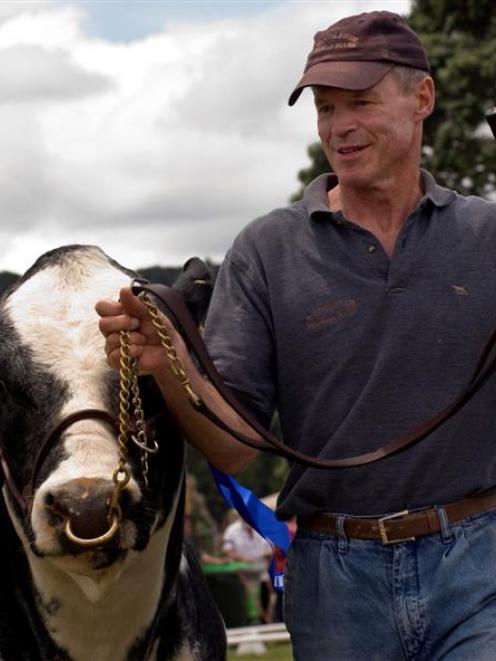 Dr Smith scored 9.25 out of 10 for his insistence ministers give proper answers during question time which "swept away decades of ducking and dodging".

Mr Key was a close second on nine points, unchanged on last year, and was a "truly remarkable PM who has proved effective leadership doesn't depend on decades of parliamentary experience".

The newsletter said he worked on advice and instinct and had an easy confident manner which hid a strong resolve.

However, it said Mr Key ran Cabinet with a loose rein which sometimes allowed problems to develop.

"Except for the ETS (emissions trading scheme) he has made no meaty decisions. His vast potential is noted but the jury is still out on his ability to deliver."

His deputy and Finance Minister Bill English got a solid 8.5 and was praised for his careful financial management.

"He lost some ground in calling for fiscal discipline despite his own problem with the housing allowance. Didn't lose his cool." Labour leader Phil Goff was ranked 5.5 down from 7 last year. The newsletter said while he had not underperformed the perception was he had underachieved.

"Labour's caucus functions well and apart from early speed wobbles he made the most of his limited opportunities. The first year in opposition is really hard."

Other winners in the National Party camp included Simon Power, on 8.5, dubbed most likely candidate for leader if something happened to Mr Key; Tony Ryall (8), Gerry Brownlee (8) and Nick Smith (7.5) However Dr Smith was criticised for exaggerating ACC figures.

Most other ministers scored between 6 and 8. Wayne Mapp picked up a fairly ordinary 5.5 and Georgina te Heuheu got a 5 for a low visibility year. Jonathan Coleman scored 5 for his handling of the rugby World Cup broadcasting debacle and Kate Wilkinson got 4.5 for her failure to sell policy. Pansy Wong got a 5.

Maori Party co-leaders Tariana Turia and Pita Sharples both scored 7 for their efforts as ministers outside of Cabinet while Maurice Williamson (5), John Carter (3) and Nathan Guy (5) could not say the same.

ACT's Rodney Hide got a 4 as a minister outside cabinet suffering demerits for criticising Mr Key. His colleague Heather Roy did better with a 5 for her diligent work.

Among the lowest ranked backbenchers were Colin King (2) -- "may not have noticed National is in power" -- and Chris Auchinvole (3) -- "his name, as he has pointed out, is pronounced ock-in-vole. Hasn't pointed out much else".

Melissa Lee got a 4 despite her dreadful Mt Albert campaign. The newsletter said she was let down the party and was sure to improve.

Paul Quinn got a 2 for his aggressive attitude while Nicky Wagner on 3 was warned she was on her way to being a permanent back bencher.

The newsletter said he probably noticed no change when his party lost the election and "...must be a prime candidate for rejuvenation".

Green co-leader Jeanette Fitzsimons scored a 6 for her unwavering commitment while fellow co-leader Russel Norman scored 4 and was criticised for not making hits. Other Green MPs ranked between 3 and 4.

Maori MP Hone Harawira scored a zero for his appalling behaviour while other Maori Party MPs, Rahui Katene and Te Ururoa Flavell both got 6.

Progressive MP Jim Anderton (3) was noted as heading for retirement. "His heart doesn't seem to be in it any more".