Maori Party co-leader Rawiri Waititi has again been ejected from the House after taking aim at what he called "racist" rhetoric by the National Party.

He led a rousing haka as he walked out, joined by co-leader Debbie Ngarewa-Packer in solidarity this afternoon – as did Green MP Teanau Tuiono.

Waititi told reporters outside the House he was "sick and tired of Maori being used as a political football".

Waititi was upset about the line of questioning which National had been pursuing for the past two weeks, in regards to Maori "separatism".

National leader Juditch Collins was questioning Prime Minister Jacinda Ardern over further details about He Puapua, a Government document that provides advice on how to fully realise legal obligations to Maori.

This has been a point of intense scrutiny from National and Act Party MPs over the past two weeks.

Ardern responded to Collins: "What the member characterises as separatism I characterise as partnership."

Waititi raised a point of order, challenging National on its rhetoric. 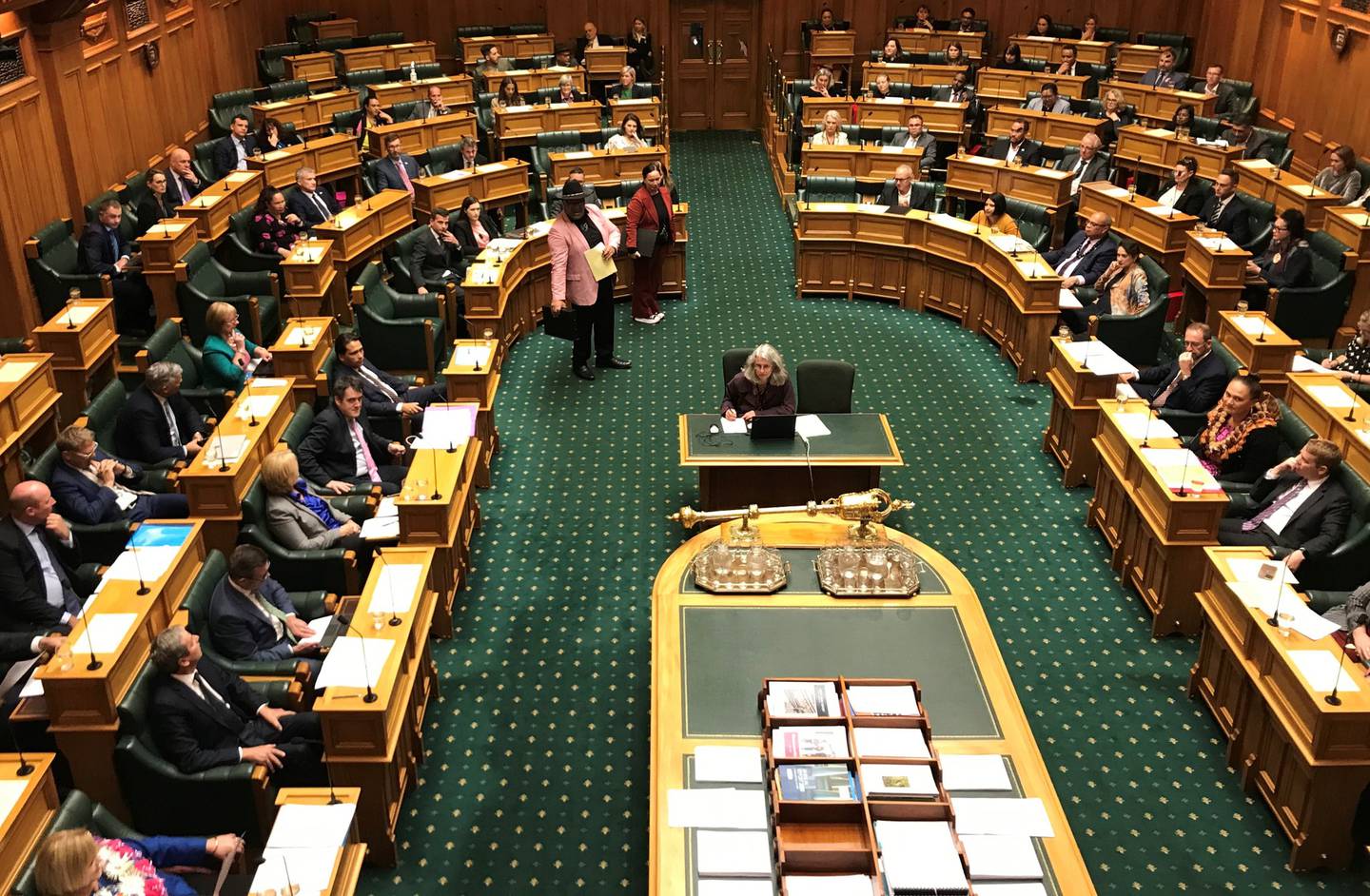 Māori Party co-leaders Debbie Ngarewa-Packer and Rawiri Waititi prepare to walk out of the House. Photo via NZ Herald

But Speaker Trevor Mallard said Parliament was a "House of Representatives" and there was a "broad range of views within the House".

"Part of my responsibility is to allow those views to be aired."

But Waititi was not satisfied with the answer and tried to challenge him by raising another point of order.

Mallard told Waititi his challenge needed to be fresh as he had made his decision. But when Waititi tried to canvass the same issue, Mallard ejected him from the House.

He asked MPs that if this attitude is acceptable in the House – "constant barrage of insults to tangata te whenua" – he found the House to be "in disrepute".

Mallard told Waititi to take his seat – instead, Waititi performed a haka. He was then kicked out.

Waititi had objected to the question lines from Collins to Ardern before in the past fortnight, but had not brought it to a head until today.

Last Wednesday when Collins was questioning Ardern about the Maori Health Authority, Waititi stood and said "I'm wondering why two Pākehā women are talking about Maori issues when they're not talking to Maori themselves. There's a room full of us."

Speaking to media outside the House today, Watiti said the Maori Party was "sick and tired of Maori being used as a political football".

He said National's rhetoric around its opposition to a separate Maori Health Authority had led to an incitement of racism towards Maori on social media.

"We won't stand for that any more," he said.

That means his party is prepared to leave the House again if he feels the same "racist" rhetoric from National continues.

Waititi claimed that some people have cans thrown at them in supermarkets in "racially premeditated attacks", suggesting National's rhetoric on this issue spurred this.

National has denied that its opposition to separate Maori-specific entities was racist.

Ngarewa-Packer told reporters that National leader Judith Collins started this "but it's the House that determines the behaviour".

She said it was the Maori Party's job to call National's rhetoric in the House to order.

Waititi said he would have liked a few members of Labour's caucus to follow the Maori Party out of the chamber today as well.