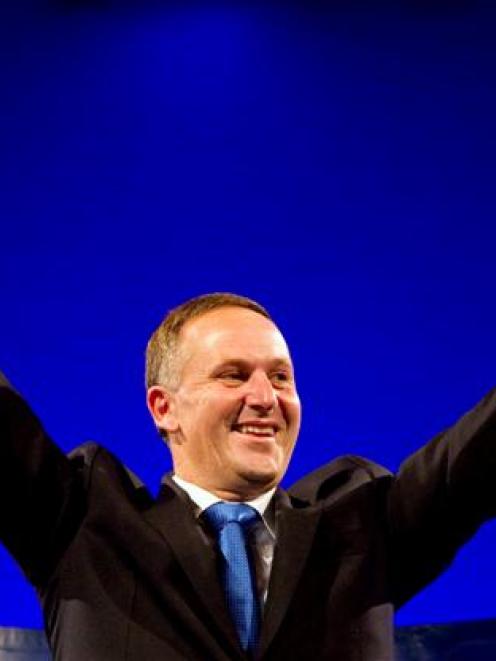 1. Stability rules, okay?
The election was won - and lost - long before the official campaign got under way. National's support may have slipped during the campaign, but it remained at historic highs. Labour's plumbed new lows. The electorate's conservative streak saw parties of that ilk picking up nearly 60 per cent of the vote. National played to that sentiment by promising stable, pragmatic government. Labour could not compete. It had to have points of difference. But its big-ticket reforms were out of sync with the mood of the majority of voters. Labour needed to define this as a "change election". It never had a hope of doing so.

2. It's the economy, stupid
Uncertain economic times meant voters opted for the finance team they knew, rather than one they were barely aware of. The final pre-election Herald-DigiPoll survey showed voters favouring National by two to one over Labour when asked which party would be best at running the economy. That poll has consistently shown between 55 and 60 per cent of voters think the Government is moving in the right direction.

3. The Key phenomenon
John Key may be immensely popular but, crucially, he's also trusted by voters. National struggled to cope against Helen Clark when her ratings reached similar highs. Likewise Labour with Key. The Prime Minister's flaws may have been exposed by the "teapot tape" saga but Key could draw on big reserves at the Bank of Credibility to compensate.

4. The "let's give them another go" principle
New Zealanders rarely turf out a Government after just one term - unless it has performed really badly. Steven Joyce, who was in charge of National's campaign, summed it up when he said yesterday that people thought National had done a pretty good job given it had been dealt a tough hand. As Joyce's Labour counterpart Grant Robertson acknowledged, Labour was "fighting history".

5. The Goff factor
Labour's leader needed to connect with voters three years ago - not three weeks ago. Goff may have been judged to have won the election campaign, but he lost the war. Labour shed more than 165,000 votes on election night 2008. Goff has to go - but will be allowed to do so with dignity.

6. Labour's spending plans
"Debt" was a four-letter word in this election. National was very careful about committing to new spending. Labour was also careful, producing extensive costings and revenue forecasts. The numbers may have added up in Labour's mind; they did not in voters' minds.