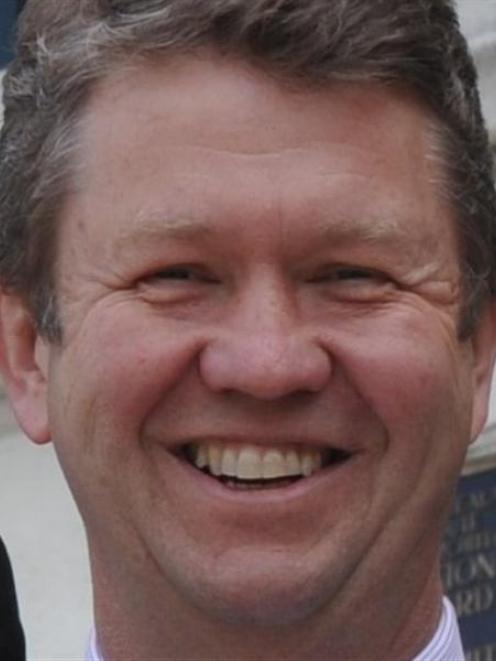 David Cunliffe.
While a Dunedin welfare support agency has congratulated Labour leader David Cunliffe on his ''Best Start'' education policy, an education specialist says it is ''not a game-changer at this point''.

Mr Cunliffe yesterday announced details of the party's Best Start package which would focus on the first five years of a child's life and help families struggling to meet the rising costs of living.

The policy aims to give children born after April 1, 2016, ''the best start towards a happy, healthy and successful life - particularly the estimated 50,000 children under 3 who are living in poverty''.

It will give 59,000 families with newborns a $60-a-week payment through to their baby's first birthday.

Mr Cunliffe said the payments were in line with similar schemes in other OECD countries, and would be available to families earning less than $150,000 a year.

The investment would continue for parents on modest and middle incomes until their child turned 3.

''Sixty dollars will make a real difference to the lives of struggling parents.

''For example, it will pay for a weekly supply of nappies and baby food.''

Mr Cunliffe said there would also be free antenatal classes for all first-time mothers and early home visits.

The package includes expansion of free early childhood education for 3, 4 and 5-year-olds from 20 to 25 hours a week, and paid parental leave will be extended from 14 to 26 weeks as set out in Sue Moroney's Private Member's Bill.

Anglican Family Care Centre director Nicola Taylor said the policy was ''a very positive step in the right direction'', recognising the significance of the early years of a child's life in a society where there was now pressure for two incomes to sustain a household.

''This boost of support will make a huge difference for the first year of life.

''We deliver the Family Start programme - an early intervention designed to support high-needs families around the time of pregnancy, birth of a child, up to 5 years old, if needed.

''We see every day the pressures of poverty on children who are unable to reach their full potential because their basic material needs are not adequately met.''

Mrs Taylor also welcomed the child-care increase. University of Otago College of Education senior lecturer Darrell Latham said while the policy was positive, his overall feeling was that it was not a game-changer at this point.

''There is a clear and admirable focus on ensuring that struggling New Zealand family needs are better met and this is excellent.

''However, I do have a concern in that while there is a credible focus in ensuring that the package clearly aims to help families struggling to meet the rising cost of living, that granting a universal entitlement of $60 a week for people earning up to $150,000 per year is perhaps not targeting the resource to those who really could make the best use of it.''

Dr Latham said the package would certainly engender support from families struggling to meet the rising cost of living, and the promise to increase free early childhood education would secure the popular vote among young parents.

He said it appeared Labour was holding further policy back, when Mr Cunliffe said the package was the first step in its overall programme of reform.

''One thing is for certain, education and social initiatives are going to be major platforms for this election.''

New Zealand Educational Institute president Judith Nowotarski said research showed quality support for children and their families in the early years, was the best ''pay back'' of any education and social investment.

Economic Development Minister Steven Joyce said the policy showed Labour had not learnt from its last term in government.

''We haven't even got to the end of January, and Labour and the Greens are already promising to spend the thick end of an extra three-quarters of a billion dollars a year.

''And today they are back again singing from the same song sheet.''

Mr Joyce said Mr Cunliffe needed to tell New Zealanders where the money was coming from.

• 25 hours of free early childhood education, up from 20.