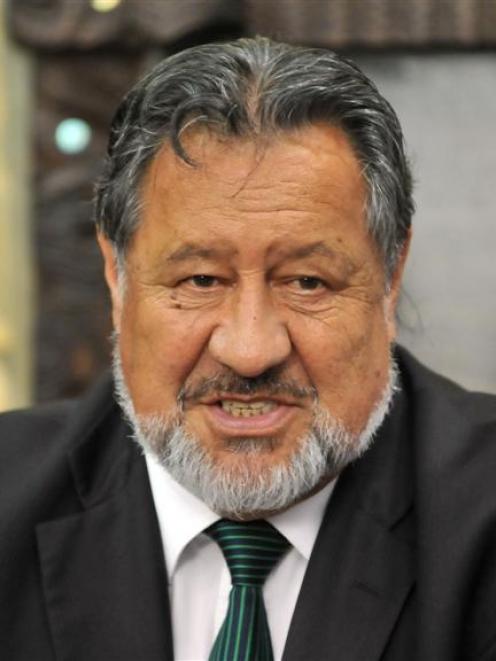 Speaking on Marae yesterday, Dr Sharples said discussions were continuing between iwi and the Government, but added "I would say definitely a repeal."

He said it was a "major win" for the Maori Party.

Under Labour, there had seemed no chance of it "but here we are a year later going to have a repeal. That's awesome."

The Government is yet to sign off on its official response to the review of the Seabed and Foreshore Act.

The review was done as part of the Maori Party's agreement with National and recommended a repeal.

Although that is widely expected, Cabinet has not yet approved it.

That announcement was initially expected in August but has been delayed twice and is now due in early November.

Dr Sharples' fellow co-leader, Tariana Turia, had refused to confirm whether there would be a repeal when she appeared on Q and A yesterday.

She said an announcement was due in a fortnight, but there remained work to be done on the detail.

A spokesman for Attorney-general Chris Finalyson would not confirm it, saying no decision would be made until Cabinet approved the proposals made.

He said the response date had been delayed because Mr Finlayson was taking time to consult others, including business such as Port companies.

He said the Government did not want to rush its response through and risk ending up with the unintended consequences the initial Act resulted in, or dissatisfaction from the public and iwi.

The controversial Act followed a 2003 Court of Appeal ruling in the Ngati Apa case that made it possible, in some instances, for Maori to go to Court to try to get customary title converted into freehold title.

That raised the possibility of parts of the foreshore and seabed coming under Maori control, and fears that public access to beaches could be restricted.

The previous government was not prepared to accept that position and legislated against the ruling, causing widespread unrest among Maori and the resignation from the Labour Party of Mrs Turia, who went on to form the Maori Party.