Week in Politics: Cullen on an odyssey as settlement express takes off 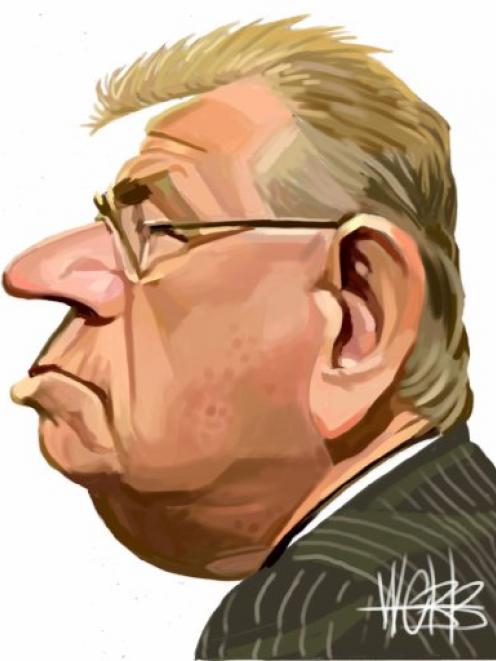 National MPs measure themselves up for seats on the government benches in Parliament - not too obviously, mind you - they might ask themselves who is going to be their equivalent of Michael Cullen if they win the election?

We're not talking about the Michael Cullen who this week took a cheap shot at John Key over New Zealand history only for it to boomerang back in his face.

This is the Dr Cullen that the public has tired of and grown to dislike - the quick-tongued, arrogant-sounding smarty pants who was grudgingly slow to get his head around personal tax cuts.

We're talking about the Dr Cullen the public rarely glimpses, the one who demonstrated yet again this week by delivering the largest treaty settlement to date that he remains the powerhouse behind Helen Clark's throne when it comes to driving the machinery of government and, thereby, remains a huge asset for Labour.

Wednesday's signing of the $400 million-plus "Treelords" settlement between Central North Island tribes and the Crown was carefully choreographed alongside a string of other ceremonies over a three-day period displaying progress in separate negotiations being conducted with iwi in other parts of the country.

The blitz was designed to turn perceptions of Labour's record on treaty settlements from one of embarrassing underachievement into something far more substantial.

But there was something much bigger going on here than just an election-year public relations exercise.

In the eight months since becoming treaty negotiations minister, Dr Cullen has transformed what had become a cabinet backwater into a high-performance, results-driven portfolio injected with a real sense of urgency.

He is said to get irritated when credited with picking up the pace of treaty settlements, arguing much preliminary work had been done by his predecessors, Mark Burton and Margaret Wilson.

But neither brought the combined vision, passion, flare and authority to the portfolio that Mr Cullen has.

He told the prime minister he wanted the job when she reshuffled her cabinet last October.

Knowing he would get it meant he "hit the ground sprinting", as one observer puts it, when the formal handover was made.

Dr Cullen already had a prodigious workload as minister of finance and leader of the House - a job requiring fastidious attention to detail.

His new portfolio is said to be taking up as much of his time as finance. Sometimes more.

However, being finance minister has allowed him to bring the bureaucratic oomph of the Treasury into play.

There is effectively a treaty settlements unit now operating in the Treasury with its officials acting as negotiators alongside staff from the separate Office of Treaty Settlements.

In the belief that Maori themselves must sort out some of the longstanding logjams rather than leaving it to the Crown, Dr Cullen has also deployed independent facilitators with standing in Maoridom, such as Wira Gardiner, to quietly tease out possible compromises where different iwi have competing or overlapping claims to an area or resource.

Dr Cullen also has two associate ministers, Shane Jones and Mita Ririnui, who have been called in to bend ears when sticking points emerge.

It is also a matter of seizing the moment.

There was a need to cut through the Gordian knot of Waitangi Tribunal rulings and High Court challenges into which the central North Island forest land claims had got hopelessly tangled.

Having got the eight iwi to work collectively, there was pressure to produce results quickly for fear things would fall apart again.

While pulling out the throttle, Dr Cullen is open to far more flexibility in how settlements finally shape up.

The Treelords deal is innovative in offering those disaffected groups who refused to be party to it a way in via the Crown retaining a 13% stake in the forest land.

The crucial factor, however, driving faster progress on settlements overall, is that the chemistry between the Crown and Maori is now right. As deputy prime minister and finance minister, Dr Cullen is seen by Maori as having the authority to drive the process.

Dr Cullen also has considerable mana, much of it generated by his careful and sympathetic handling of the vexed argument over the foreshore and seabed.

It was Dr Cullen - not Miss Clark - who fronted that momentous day in 2004 when the foreshore hikoi rolled up to Parliament.

The many months he spent trying to square Maori customary rights with Pakeha insistence on free and unfettered access to the foreshore seems to have had a lasting impact on him.

His taking on the treaty negotiations role was certainly motivated by something else other than just short-term politics.

For Labour, the politics is mixed. The loser from the rapid pace of negotiations is the Maori Party.

But ceremonies like Wednesday's do not necessarily go down so well with sections of Labour's Pakeha constituency.

However, this September is the cut-off point for any new claims based on historical grievances - a milestone to which Labour can point to appease grumpy Pakeha.

Moreover, with Mr Key trying to cuddle up to the Maori Party, National is unlikely to try to make political mileage out of treaty issues in the election campaign.

The other obvious motivation is "legacy politics" - the desire to leave a further mark on history beyond his contribution to long-term stability in pension policy through the New Zealand Superannuation Fund and KiwiSaver.

But Dr Cullen seems to have moved beyond even that.

He may be driven by the portfolio's ability to deliver "social justice" by providing an economic base for disadvantaged Maori in far more direct fashion than broader economic and social policy initiatives might.

Lastly, there is also Dr Cullen the immigrant.

Arriving from England at the age of 10, he has had to shed one cultural skin which would have felt increasingly foreign, distant and irrelevant and take on another (New Zealand) one as equally challenging and complex, perhaps more so.

If the portfolio is part of that personal odyssey, the question is how long does he have left in it and whether the prospect of losing office is another reason why he is pushing things so hard? Maori can work out the equation.

With uncertain economic times ahead and lingering post-Don Brash suspicions of National's real agenda, Maori can see that the stars may well only be in such harmonious alignment for another few months.