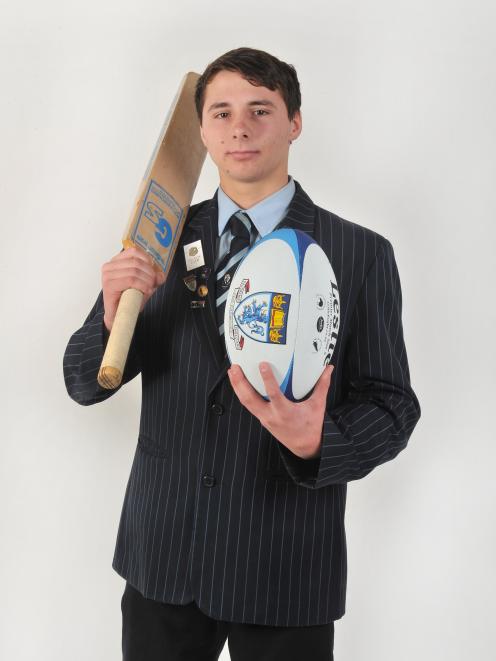 Out of adversity comes opportunity.

It is a lesson Nathan Hastie (18) has learnt this year after seriously injuring his leg in a rugby match, leaving him unable to play for the rest of the season.

''I was playing a pre-season match earlier this year and I took a side step.

''My leg just popped and then I got bowled by a big front-rower at the same time.

''I didn't really realise what was going on at the time because of that.''

Later he learnt the devastating news that his rugby season was over and he would be in a leg brace and using crutches for much of this year.

''It's been hard because rugby is a big part of who I am, and especially because it's my last year at school and I haven't been able to lead the boys out on to the paddock.''

He will also miss the cricket season.

He has been captain of the school's First XI cricket team for the past two years, and a member of the Otago under-19 cricket team since 2017.

Nathan is seeing the enforced break as an opportunity to do other things - like coaching.

''It has been challenging missing the rugby season, but I've just tried to stay in the team environment and help the boys out from the sideline, where I can.''

Fortunately, Nathan has had the benefit of being selected for the Highlanders under-18 rugby training camp for the past three years, where he was taught he had to be ''more than just a rugby player''.

''Rugby careers are pretty short - realistically, 10-15 years. So a lot of emphasis is put on life after rugby.

''I spent most days training for rugby, but now that I can't do that, it's given me an opportunity to knuckle down on my schoolwork. That will definitely pay off.''

Next year, he hopes to study sports development and management at the University of Otago.

In the meantime, he is patiently waiting for his leg to heal and hopes to be back playing in the next rugby season.

''For now, I'll just focus on my rehabilitation.

''But if that doesn't happen, I'll focus on my university study and get my sporting fix from sport management.''

Hopes for the future: To study sports development and management at the University of Otago. 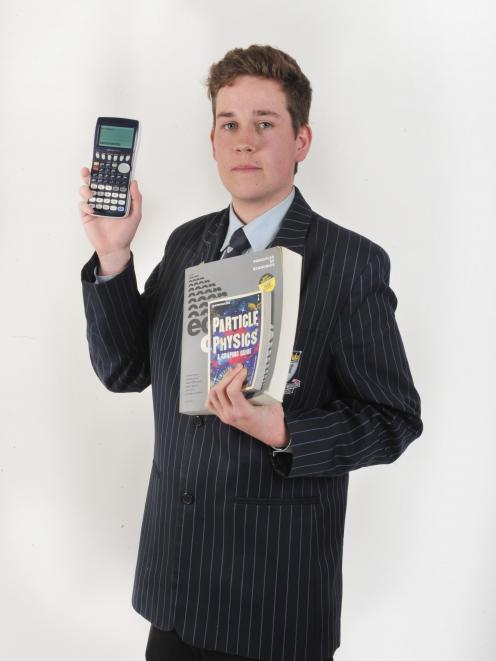 Unlike most secondary school pupils, Duncan Roff is frequently encouraged by his parents to put his textbooks down and watch some television for half an hour.

''I'll bet there aren't too many parents out there like that.''

The 17-year-old King's High School pupil describes himself as ''a bit of a nerd'' and admits to being addicted to study. If he had his way, he would spend his entire day studying.

''I spend all of my spare time studying.''

But he has not always been so studious.

''Back in primary and intermediate school, I was barely above average. It was all about playtime and eating my lunch,'' he joked.

But since arriving at King's, he said the school had provided him with a supportive environment and the confidence to thrive academically.

''I started getting excellences, and I wanted to keep getting them.

''It's really addictive. I won't settle for anything less than excellence.''

As a result, he was placed in advanced classes and has achieved outstanding academic success.

In 2016, he achieved Cambridge A* in mathematics, science and global perspectives.

He ramped up the speed of his achievements in 2018, while still in year 12, when he achieved NCEA level 2 and 3 with excellence, gained New Zealand Scholarships in physics and calculus, was first in level 2 economics and accounting, and first in level 3 physics.

Next year he plans to study finance, economics and physics at the University of Otago, and go on to study for a masters degree in finance or economics.

Ultimately, he hopes to forge a career in the banking or finance sectors.

Hopes for the future: To study finance, economics and physics at the University of Otago.