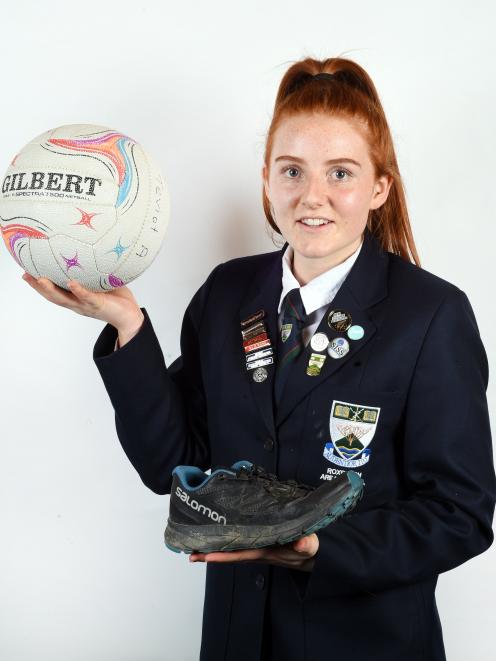 Sport, the great outdoors and mince pies are all part of the fun of living in Roxburgh for Caitlyn Johnston (17).

The Roxburgh Area School pupil works at the Jimmy's Pies factory after school and during holidays, which allows her to sample the whole range of pie options - although she finds the ''classic mince'' hard to beat.

Born in Clyde, Caitlyn has lived all her life in Roxburgh.

''I'm pretty sure if I don't know someone in Roxburgh, then I will at least know their aunty or their cousin.''

She began attending Roxburgh Area School when she was 5, as part of a class of about 15. Seven of those originals are still in her class as she prepares to end her time at school.

''Hanging out with friends'' is one of the ways she spends her limited amount of down time.

Caitlyn is very keen on sport, particularly netball, playing centre for her school and for Central Otago representative teams.

She enjoyed being on the winning South Island Ki o Rahi team which beat the team from the North Island, where the game originated.

Caitlyn is very keen on the outdoors, and with her father and older brother Sam she spends some weekends hunting rabbits, hares, goats and deer. She is working towards her firearms licence.

She finds hunting ''pretty special'' and is regarded as a pretty good shot.

To keep fit, she runs, attends a gym and cycles the area's bike tracks.

She has completed two half marathons and in 2018 was chosen to be the Outward Bound representative for her school.

Caitlyn originally wanted to become a nurse but decided to take a slightly different route into medicine.

She has been accepted into the New Zealand Army and begins basic training in June next year, having achieved the required recruitment standards which include fitness, maths, English and problem-solving.

She will go on to train as an army medic which will take her to the same qualification level as a paramedic.

It will also enable her to keep up her interests in sports, firearms and being involved with people.

Hopes for the future: To be in a profession where I am able to strive to do the things I am passionate about. 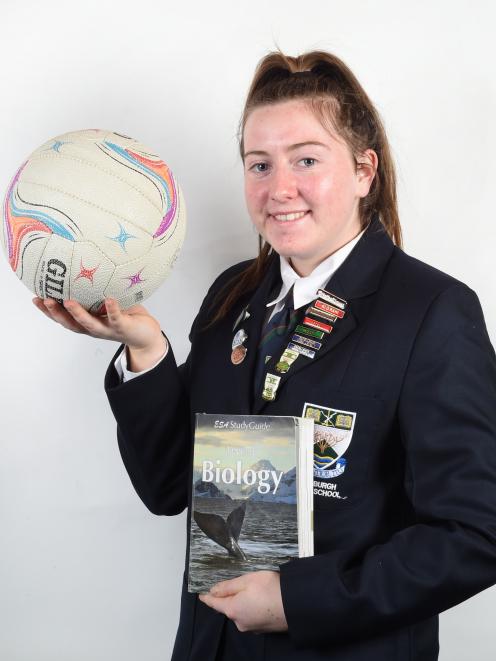 Giving everything a go, and doing it with drive and dedication, is the creed Shanae Forbes lives by.

The 17-year-old is the student representative on the board of trustees for Roxburgh Area school, a head pupil and a member of the school sports council and is involved in a wide range of activities, both in school and in the wider Central Otago community, including sport and music.

Shanae has attended Roxburgh Area School since she was 5 years old and believes being at a small school with a wide range of ages has given her opportunities and advantages she would not have had at a bigger school.

''We get a lot of individual time in our classes and we are really encouraged to have a go and to achieve.

''We kind of have eyes on us to make sure we are happy and get everything done that we are meant to have done.''

Shanae has been ''having a go'' at learning piano for eight years. She also sings in the school choir, plays the cornet in the school jazz band and has been a member of the Roxburgh Brass Band for five years, playing at national competitions.

At the Anzac Day service in Roxburgh this year, she played the Last Post.

In sport, Shanae has played in the Central Otago representative netball team for many years, was selected for the South Island Area schools netball A team and was recently selected to play in the Area Schools and national NZ Ki O Rahi team - a traditional Maori game similar to rugby.

Shanae has found coaching a year 5 and 6 netball team challenging, but very rewarding.

''Seeing them getting better, but also having fun, that is the most important thing.''

Next year she hopes to study biomedical science with a view to working in the health sector.

Although she wants to ''get out there for a bit'', Shanae said she may eventually return to her home town because there is nothing quite like it.

''The community is so nice. They all care and they all want you to succeed.''

Hopes for the Future: To study biomedical sciences at the University of Otago. 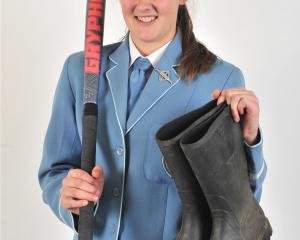