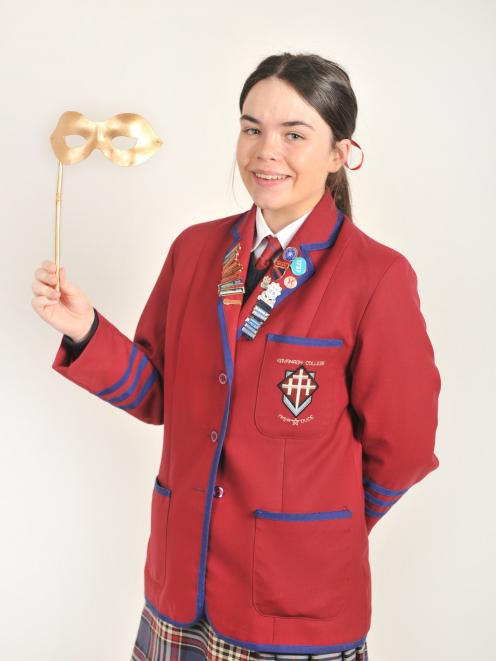 While most suffer from stage fright, the stage is where Emily Kerr-Bell thrives.

The 18-year-old Kavanagh College head girl has a passion for all things performance, and has sung, danced and acted her way to success.

"These past three years I’ve become way more involved [in performance]. I found I really enjoyed it and more opportunities popped up.

"I’m doing things I enjoy and I think when you have a passion for it you’ll always enjoy it more."

She said it was important to plan things in advance and balance time wisely to keep on top of everything.

She hoped to complete her ATCL in speech and drama at the end of the year, and was preparing for the school’s production, one of the only shows still going ahead post-Covid-19.

Emily received a Zonta young woman in public affairs award this year, for service and advocacy in the community.

She was one of thirty students from across the country selected to attend Shakespeare Ora Aotearoa, a 48-hour acting workshop, in Wellington.

She has also found her niche in handball, and was last year named in the New Zealand U19 handball team.

"It’s a really physical sport which I enjoy."

Emily is not yet sure what she will study, but hopes it will be something performance related.

"I’m thinking about politics and theatre.

"I think theatre is a really good way to communicate political issues." 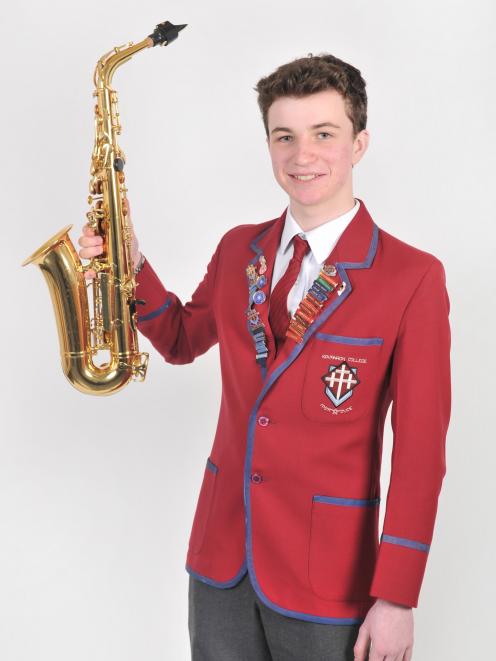 Growing up, Sam Meikle would listen to his three older brothers playing all kinds of instruments.

The 17-year-old Kavanagh College pupil says it inspired his interest in music, instruments and performance.

He started music lessons at a young age, and now plays the drums, alto saxophone, piano and guitar.

He also debates and performs in school productions, alongside speech and drama.

He was named the best performer on alto saxophone at the Dunedin Youth Jazz Festival last year, achieved grade 8 speech and drama with honours, and was named as part of the Otago University debating development squad in 2018.

He will play Kenickie Murdoch in the school’s production of Grease this month.

"I’m looking forward to it.

"I used to be happy on stage, but then I grew out of it and got quite awkward from years 9 and 10.

"I never stopped performing, just felt less comfortable, but I’ve found my way back to it, which is nice."

"I’d like to combine my passion for science with helping people."

In his spare time, Sam liked improving his playing.

"I more recently got into guitar and piano. It’s fun to be able to find something new from it."

"All of us went through music lessons from the age of 5.

"In my house we’ve got instruments everywhere. It just became a natural part to follow what my older brothers were doing."

He has gained piano performance to grade 6 ABRSM with distinction, and is to sit his ATCL in performance in November.

Sam said he had his heart set on music and performance until earlier this year.

"I was sure I would do music and performance at uni, but now I’ve signed up to do health science.

"I think I realised I don’t need a degree to show I can do all those things."

He hoped to end up in medicine.