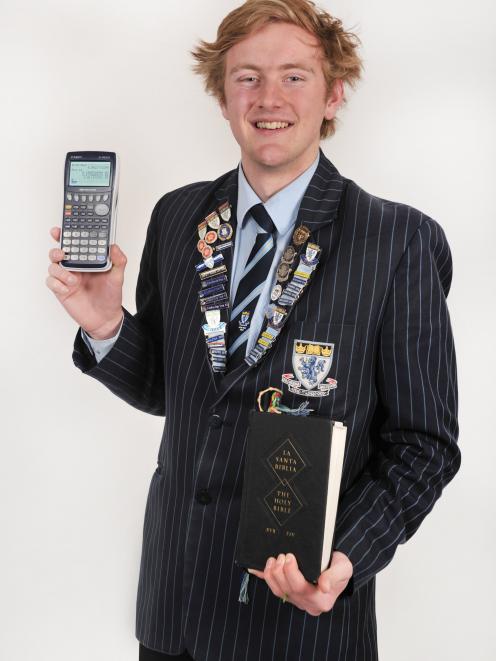 George Bates is one of New Zealand's top scholars.

He is closing in on 200 NCEA level 2 and 3 excellence credits.

And the secret to his success?

His faith in God, and strong role models.

"Having a supportive family and school has been a massive part of my achievements," he said.

"Over the last couple of years I've been finding my identity more in my faith."

Leading a Christian group at school was "really important to me".

"This year, being head prefect has been an awesome opportunity to exercise the personal growth I’ve found over the past couple of years."

Other highlights for George include his invitation to join the top 15 pupils to compete at the national mathematics final in Wellington last year, and his attendance at the prizegiving for the Australian Mathematics Competition, in which he placed in the top 1% in New Zealand.

He is also learning te reo Maori and beyond the classroom, George is a keen footballer.

He was a member of the First XI that made the top four of the New Zealand Secondary Schools Football First XI tournament in 2019.

Next year, he hoped to study at Otago or overseas, but was not yet sure what course to take or where he would end up.

"One night I lay awake thinking how I could fit maths, chemistry, Spanish, theology and a couple of other things into a degree.

"I might be a doctor, church leader, translator or politician, I’m not sure yet, but whatever I do, I’ll do it with God beside me." 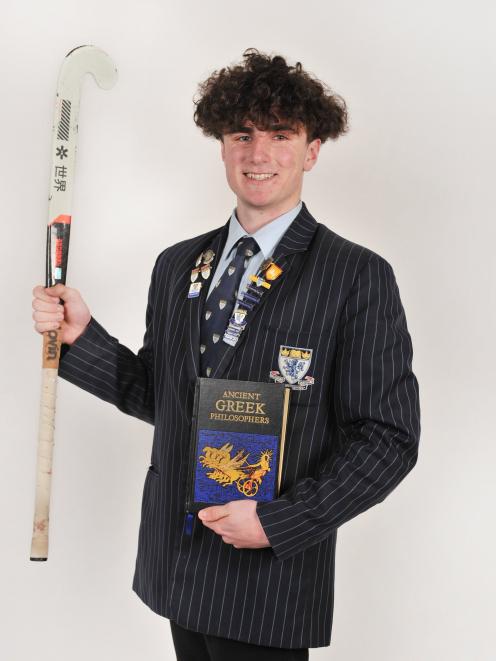 James Nicolson has made a decision he hopes will take him all the way to the Olympics.

The 17-year-old King’s High School pupil was at a crossroads in his life and had to decide whether he wanted to pursue hockey or rugby, hoping to make it professionally in one or the other.

He chose hockey, and now has his sights set firmly on the podium.

He started playing hockey in primary school, filling in for his sister at games, then coming into his own in the sport.

"I’ve been playing pretty much non-stop ever since.

"I spent my whole holidays at the turf — there were only one or two days I wasn’t down there playing or training."

Hockey is a special sport to play, he says.

"You can really watch yourself get better and grow as a player — there are fine distinctions between levels of skill."

James was selected for the High Performance Sport New Zealand Pathway to Podium programme, which looks at developing athletes fit for Olympic contention in the next one to two cycles.

"I was really proud of myself for that one."

He thinks going to the 2028 Olympics for hockey is a realistic goal.

"I’d love to be a Black Stick, put on the fern and represent the country — that’d be awesome."

But it’s not all sport for James.

"I’m into study as well. I like trying my best in school and I really love classics."

This year he is taking history, English, media studies and classics.

James hopes to juggle studying law and classics at university alongside Olympic preparation.