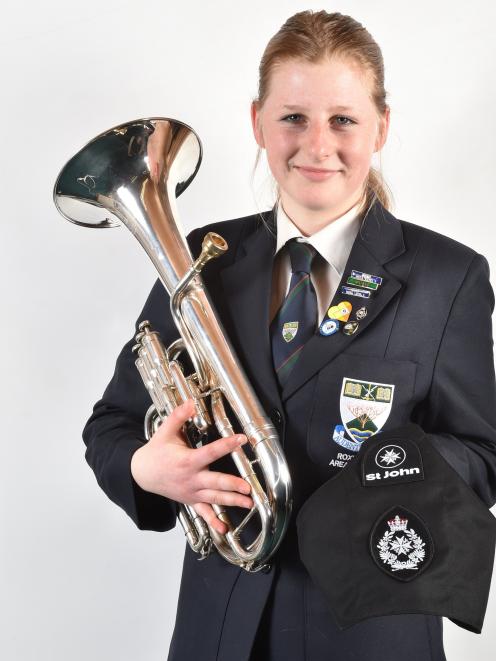 Greer Orchard has been brought up knowing the value of helping others. Now she plans on making a career out of it.

The Roxburgh Area School year 13 pupil intends to join the Royal New Zealand Navy as a medic when she leaves school; her family history and her involvement in the St John Youth Programme influenced her decision.

He was the inspiration for her involvement, she says. "That created the pathway for me."

For the past eight years she has been a member of the Roxburgh St John youth group and this year was group leader.

Beyond that, she has been involved in a wide range of activities, both in school and the wider Central Otago community.

She is a regular member of the school band and choir, as well as the school kapa haka group and Roxburgh Pioneer Brass Band.

Sports are also close to her heart. She has proved her capability in netball as part of the school senior A team.

She has shown leadership throughout her time at school. As well as playing netball, she has coached a junior team and regularly umpires on Saturdays.

Her time at the Central Otago school may be coming to an end but she says she will cherish the memories, friendships and experiences she has gained while there.

"I am very passionate about Roxburgh Area School, and this passion stems from the people there who have everyone’s best interest at heart.

"Representing the school in various events, whether it be on a sports level, a cultural level, or a leadership level, always makes me super proud to be a Roxburgh Area School pupil."

Achievements: Past solo piece winner  in  regional brass band competitions (2015 and 2017); excellence endorsement  in physical education (2018); merit endorsement in geography (2018 and 2019); promotion to  St John sergeant (2019); NCEA level 1 and 2 endorsed with merit; Grand Prior Award (2019); Most Appreciated Student award (2019); Amokura Award for Spirit of Adventure (2019); merit endorsement in English (2019); head  pupil (2020).
Role models: "Family members, such as my grandfather. He’s such a community man — he always puts others before him. He’s just  an all-around legend."
Hopes for the future:  "There are a few things I want to do. When I eventually have a family I want to jump on the ambulance and help out volunteering. I’ve always had an eye for things like that." 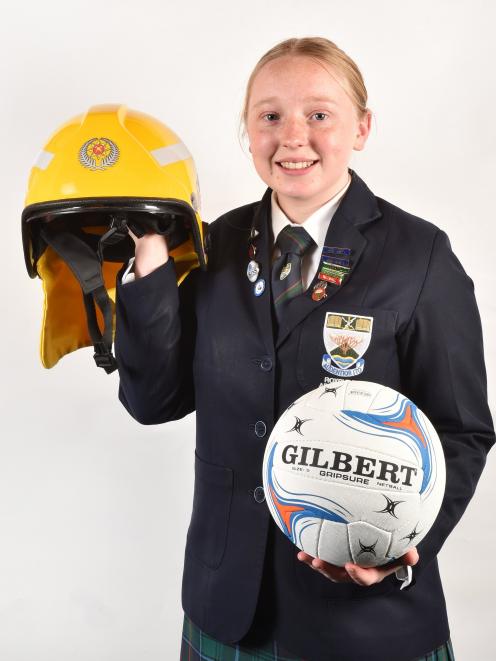 Sports, leadership and volunteering have all been important aspects of Emily Darling’s high school experience.

Keen on physical activity, the Roxburgh Area School pupil says one of her strongest subjects academically was physical education and health.

"I just really love the physical education side of it, being able to put into practice what I learn in PE into my own fitness, especially yoga and netball and I am passionate about the body and being physical."

She says she was lucky to have grown up on an orchard and helping her dad had been a massive part of her life.

She has been involved in sports since she was year 9 and has been coaching junior netball teams for the past five years. She has been in the school’s netball A team since year 9, as well as umpiring.

"I really enjoyed passing my knowledge on to the younger students and being able to help them improve as well as learn new things from them."

She says she was lucky enough to attend Outward Bound last year.

"It was such an amazing experience, hard, but so rewarding and I met some really cool people."

When she leaves school she plans on studying for a bachelor of nursing degree at a polytechnic in either Otago or Invercargill.

"I chose nursing because I have three relatives that are also nurses who have encouraged me to do nursing to help people and give back to the community."

For the last two years she has been a volunteer at the Millers Flat Fire Brigade, as well as callouts in Roxburgh.

She enjoys volunteering for the fire brigade and it is something that guided her future career choice.

"You do see some horrific stuff but it is so rewarding as you are able to help people and get them through that."

Having an uncle and father in Fire and Emergency New Zealand also guided her journey in the fire service.

She has also been a member of the school kapa haka group from a young age and was awarded the wananga award for biculturalism last year.