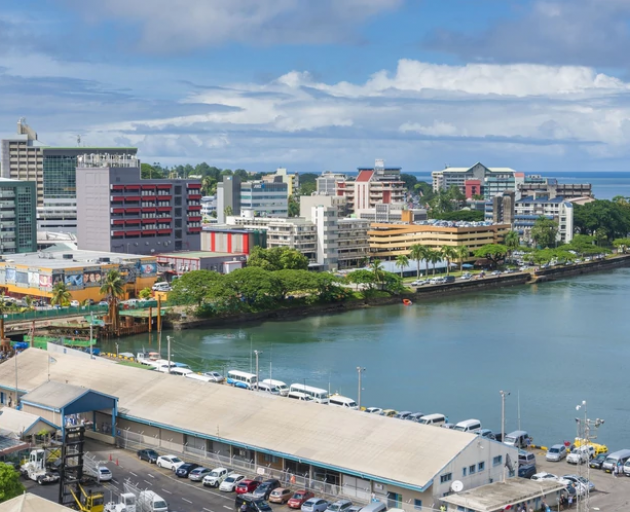 There are now nearly 15,000 active cases in isolation. Photo: Getty Images
Fiji has recorded 1054 new cases of Covid-19 in the 24 hours to 8am yesterday.

That compares to 784 cases and 15 deaths in the previous 24-hour period.

The government also confirmed 12 more deaths between 13 and 19 July, taking the death toll to 125 with 123 of these from the latest outbreak that began in April.

Health Secretary James Fong said seven of the 12 victims had died at home, with one patient receiving one dose of the AstraZeneca vaccine. The rest were unvaccinated.

There are now nearly 15,000 active cases in isolation.

* A 70-year-old woman from Tamavua in Suva presented to the Colonial War Memorial Hospital in severe respiratory distress. Her family reported that she was feeling unwell with Covid-19 symptoms at home four days earlier. Her condition worsened at the hospital and she died on 14 July.

* A 53-year-old woman from Nasinu, outside the capital Suva presented to the CWM Hospital in severe respiratory distress. Her family reported that she was unwell with a fever and cough for a week prior. She died on the same day in hospital on 13 July.

* Another 60-year-old man from Suva presented to the CWM Hospital in severe respiratory distress on 19 July. His condition worsened in the hospital and he died one day later.

* A 74-year-old woman from Narere, Nasinu, presented to a medical facility in severe respiratory distress. She was retrieved by a medical team to the CWM Hospital on 18 July. But her condition worsened in the hospital and she died five days later.

* An 87-year-old woman from Tacirua near Suva also died at home on 19 July.

* A 75-year-old man from Nasinu presented to a medical facility in severe respiratory distress. He was retrieved by a medical team to the CWM Hospital on 19 July. His condition worsened in the hospital and he died a day later.

* A 75-year-old woman from Kinoya, Nasinu, died at home on 19 July. She had received her first dose of the vaccine in mid- May.

There were three more deaths of Covid-19 positive patients, but Dr Fong said their deaths were not caused by the virus.

Thirty more deaths are under investigation, he said.

"Doctors have determined that the three deaths were caused by serious pre-existing medical conditions and not Covid."

Dr Fong said there have now been 125 deaths due to the coronavirus in Fiji, with 123 of those deaths during the outbreak that started in April this year.

"We have also recorded 51 Covid-positive patients who died from the serious medical conditions that they had before they contracted the virus. But these are not classified as Covid-19 deaths.

"There have been 343 new recoveries reported since the last update, which means that there are now 14,943 active cases. There have been 19,282 cases during the outbreak that started in April 2021.

A total of 6680 individuals were screened and 2220 swabbed at the stationary screening clinics in the last 24 hours, Dr Fong said.

"Our mobile screening teams screened a total of 3321 individuals and swabbed 531 in the last 24 hours. This brings our cumulative total to 722,822 individuals screened and 62,560 swabbed by our mobile teams to date.

"This means that 68.4 percent of the target population have received at least one dose and 13.8 percent are now fully vaccinated.

"Fijians can check the ministry's vaccine dashboard to find real-time data on first-dose and second-dose numbers at the national, divisional and sub-divisional levels.

With the high number of new daily infections, Dr Fong said the ministry is also seeing increasing cases of severe disease and deaths in Fiji.