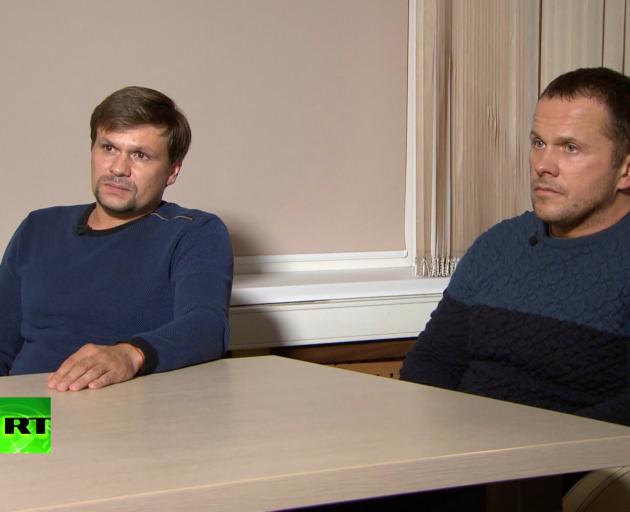 A still image shows two Russian men with the same names as those accused by Britain over Skripal case during an interview at an unidentified location. Photo: via Reuters
Two Russians resembling men Britain accuses of jetting to England to try to murder a former spy said on Thursday that they were innocent tourists who had flown to London for fun and visited the city of Salisbury to see its cathedral.

Britain said it was clear the two men, who appeared on Russia's state-funded RT television station, were agents of Russia's GRU military intelligence who carried out the attack, and called their interview an example of "obfuscation and lies".

The duo, who appeared acutely ill at ease, identified themselves as Alexander Petrov and Ruslan Boshirov, the names British prosecutors said were used by the poisoners. They said they had fallen victim to a "fantastical fatal coincidence".

Britain has charged the two men with attempting to murder former Russian spy Sergei Skripal and his daughter Yulia by spraying a chemical weapon on Skripal's door in March.

The Skripals and a police officer fell seriously ill. A woman in a nearby town later died after her partner brought home a discarded counterfeit perfume bottle containing the poison. 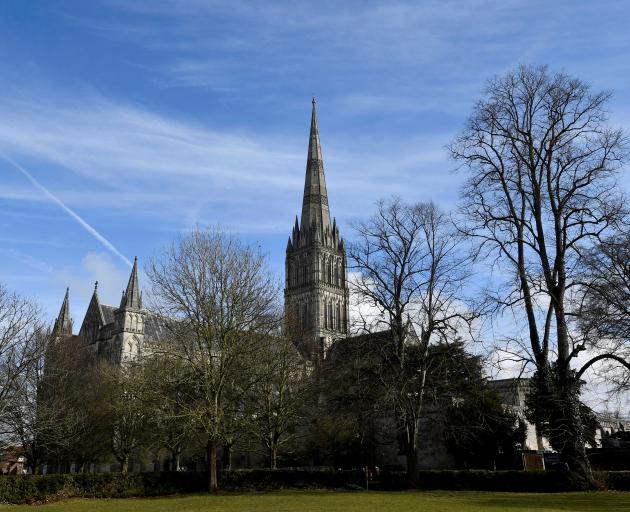 The two men, both wearing blue jumpers, said they ran a sports nutrition business and that their lives had become a nightmare since London charged them with attempted murder after what they said was an innocent three-day trip to Britain.

"Our friends had been suggesting for a long time that we visit this wonderful town," Petrov said of Salisbury.

"There's the famous Salisbury cathedral. It's famous not only in Europe, but in the whole world. It's famous for its 123 metre-spire. It's famous for its clock, one of the first ever created in the world that's still working," added Boshirov reeling off facts that closely resembled those laid out in a Russian-language Wikipedia entry about Salisbury.

Asked about the interview, a British government spokeswoman said: "The government is clear these men are officers of the Russian military intelligence service -- the GRU -- who used a devastatingly toxic, illegal chemical weapon on the streets of our country."

"We have repeatedly asked Russia to account for what happened in Salisbury in March. Today -- just as we have seen throughout -- they have responded with obfuscation and lies."

A spokesman for Prime Minister Theresa May said the interview was "an insult to the public's intelligence" and "deeply offensive" to the victims of the attack.

Britain and dozens of other countries have kicked out scores of Russian diplomats over the incident, and Moscow has responded tit-for-tat in the biggest East-West wave of expulsions since the Cold War. The affair has worsened Russian relations with the West, already under strain over Ukraine, Syria and other issues.

According to British police, the two men arrived in London on March 2, a Friday, and spent two nights in an east London hotel. They visited Salisbury twice by train on day trips -- on the Saturday for reconnaissance and on the Sunday to poison Skripal. They then went straight to the airport and flew home, hours after the Skripals were found unconscious on a bench.

Petrov said he and Boshirov had flown to London for a short leisure break, with Salisbury always intended as a day trip.

"From the very start we planned to go to London and, put bluntly, cut loose and have some fun," he said in the interview which was pre-recorded on Wednesday and broadcast on Thursday. 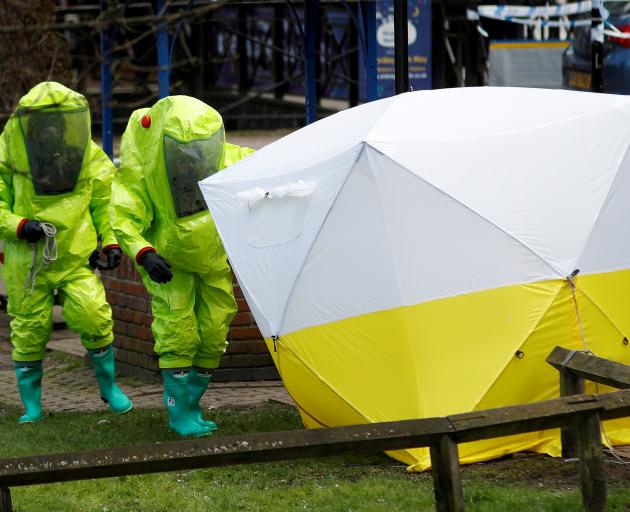 The forensic tent, covering the bench where Sergei Skripal and his daughter Yulia were found, is repositioned by officials in protective suits in the centre of Salisbury. Photo: Reuters

Boshirov said the two men were innocent and denied they had carried the Novichok nerve agent used in the attack. He laughed off as "silly" the idea that they would have carried a women's perfume bottle. They may have approached Sergei Skripal's house by chance, but did not know where it was located, they said.

Their interviewer did not ask them to account for Novichok traces which British police said were found in their hotel room.

The reason their first visit to Salisbury was so brief was because they had been forced to cut it short due to snow, they said. They then decided to return the next day.

The two men said they were tired and frightened by the impact of the Skripal case on their lives and made a plea to be left in peace.

At one point their interviewer turned on an air conditioning unit because she noted they were sweating.

"I'm frightened, I'm scared. I don't know what to expect tomorrow," said Boshirov. "We simply wish to be left alone."

The two men surfaced a day after President Vladimir Putin said Russia had located Petrov and Boshirov, but that there was nothing special or criminal about them. He expressed hope they would come forward and speak publicly.

"It could be a way of signalling defiance to the UK government, effectively saying, 'There’s nothing you can do about this'," he said.

A European arrest warrant has been issued for the two suspects, but British prosecutors say they will not ask Moscow to extradite Russian citizens because Russia's constitution forbids it.

The Skripal case has been likened by British politicians to the murder of Russian dissident ex-spy Alexander Litvinenko, who was poisoned with a rare radioactive isotope in a London hotel in 2006. Britain charged two Russians with his murder but both remain in Russia, and one later won a seat in parliament.