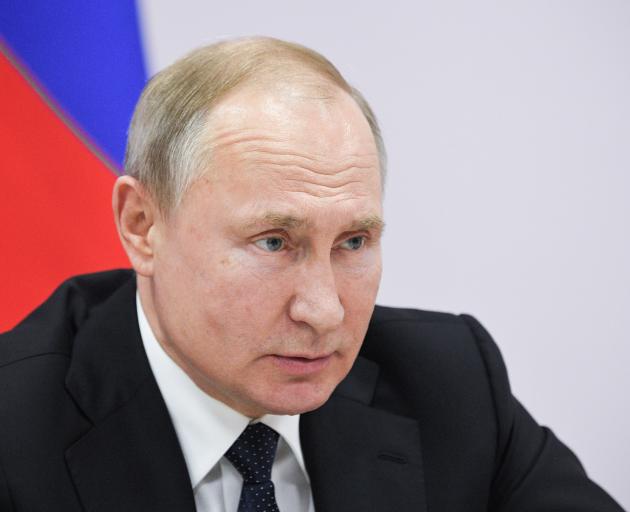 WikiLeaks played a key role in Russia's effort to assist Republican Trump's campaign against Democrat Hillary Clinton and likely knew it was helping Russian intelligence, said the 966-page report, which is likely to be the most definitive public account of the 2016 election controversy.

Asked about the report at an event in Yuma, Arizona, Trump said: "I don't know anything about it. I didn't read it."

"It's all a hoax," Trump told reporters.

The Senate Select Committee on Intelligence alleged Manafort collaborated with Russians, including oligarch Oleg Deripaska and "Russian intelligence officer" Konstantin Kilimnik, before, during, and after the election.

It was not clear what effect, if any, the report might have on the current presidential campaign. Trump faces Democrat Joe Biden in the November 3 US election.

In a report released last year, Mueller found no conclusive evidence of coordination between Russia and the Trump campaign. He cited 10 instances in which Trump may have tried to impede his probe but did not say if this constituted obstruction of justice.

Trump and his supporters have consistently bristled at suggestions foreign interference helped his upset 2016 victory. They have sought to discredit the intelligence agencies' findings as the politically charged work of a "deep state."

Trump campaign spokesman Tim Murtaugh on Tuesday said the report vindicated his stance that there was no "collusion" between Trump's 2016 campaign and Russia and described the controversy as a "hoax."

"Donald Trump may believe that the Russian government should have a say in our elections, but it is for the American people to decide," Bates added.

Founded by Julian Assange, WikiLeaks published thousands of emails hacked from Clinton's campaign and a top campaign aide in the weeks before the 2016 election, yielding a drum beat of negative coverage about the Democrat.

"The Trump campaign publicly undermined the attribution of the hack-and-leak campaign to Russia and was indifferent to whether it and WikiLeaks were furthering a Russian election interference effort," the report added.

The report said Trump's campaign tried to get advance information about WikiLeaks' planned releases from his adviser Roger Stone, but the committee could not establish the extent to which Stone had inside access to WikiLeaks materials.

The panel said it had referred "potential criminal activity" it uncovered to law enforcement. An annex on the matter was fully redacted.

But the democrats can't conclusively prove it, they are a dead party walking.

Funny how the democrats have flogged this dead horse for the last years!
They conveniently forget that the USA has a proud history of interfering in other nations elections....At least 62 American interventions between 1946 and 1989.

Lest we forget President Bill Clinton on Boris Yeltsin:

"Clinton liked Yeltsin personally. He considered him Russia’s best hope for embracing democracy and capitalism. And he appreciated Yeltsin’s acquiescence during nato’s march eastward, into the former Soviet bloc.

Unfortunately for Clinton, ordinary Russians appreciated their leader far less.
The Clinton administration sprang into action. It lobbied the International Monetary Fund to give Russia a $10 billion loan, some of which Yeltsin distributed to woo voters. Upon arriving in a given city, he often announced, “My pockets are full.”?...
The Atlantic 22nd July 2018.