At the time Lapunov was living in Chechnya, an autonomous, deeply conservative, mainly Muslim region in the south of Russia. Photo: Reuters

A Russian man who said he was tortured during a crackdown on LGBT+ people in Chechnya has appealed to Europe's top rights court, claiming his case was not properly investigated by Russian authorities, his lawyers said on Friday.

In a complaint filed with the Strasburg-based European Court of Human Rights (ECHR), Maxim Lapunov said Russia had failed to protect him as he was arrested and beaten up by police in the Chechen capital Grozny in 2017, according to a human rights group representing him.

At the time Lapunov was living in Chechnya, an autonomous, deeply conservative, mainly Muslim region in the south of Russia.

"For two years, Maxim Lapunov, who claimed to have been tortured in Chechnya, did not achieve an effective investigation of his complaint at the national level," the Committee Against Torture, a Russian NGO, said in a statement.

"Now the Strasbourg judges will have to give their assessment of both the fact of unlawful detention and torture against the applicant, and the actions of the investigators".

Lapunov is seeking compensation from the government for failing to protect him from torture, discrimination and unlawful detention, said Dimitri Piskunov, head of the Committee Against Torture in North Caucasus.

Russia's justice ministry did not immediately reply to a request for comment.

More than 100 gay men or men believed to be gay were rounded-up and tortured in Chechnya, an autonomous region in the south of the country, in 2017, according to media reports. Local authorities have denied this occurred.

Lapunov was the only one to lodge an official complaint with the police after the events of 2017.

His lawyers said they decided to appeal to the ECHR having exhausted all legal options in Russia after a court in North Caucasus ruled last year not to open a criminal investigation into Lapunov's case.

At the time, Justice Minister Anton Konovalov said a preliminary probe found no evidence of arrests and torture.

Chechnya's Moscow-backed president Ramzan Kadyrov has previously denied human rights abuses. His spokesman has said there could be no attacks on gay men because there were no such people in Chechnya.

In December last year, the Organization for Security and Cooperation in Europe said allegations of arrests and torture of gay men in Chechnya were "credible" and "confirmed", and urged Russia to conduct a proper investigation.

Earlier this month the United States imposed sanctions on a Chechen group and five people over allegations of human rights abuses, including the torture of LGBT+ people.

A statement from the Treasury said officials in Chechnya had launched a series of purges of people they believed to be LGBTI and several were believed to have died as a result. 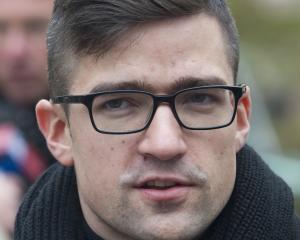 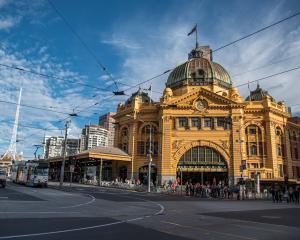