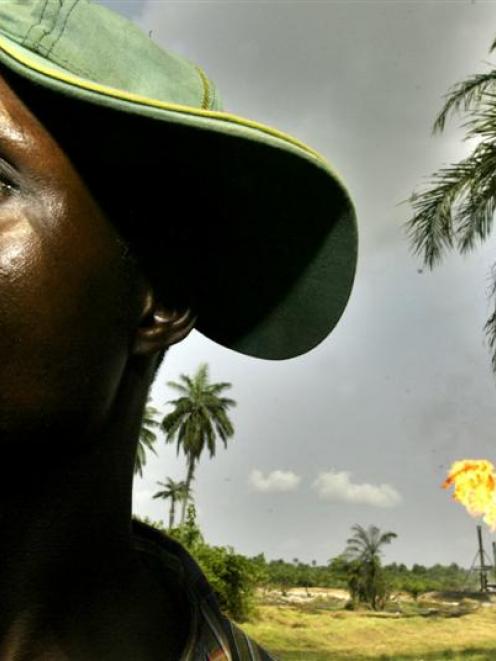 Nigeria is proposing a solar-powered university. Ivory Coast wants to turn crop waste into fuel. And Senegal is offering a wind farm.

With such proposals, some of the world's least-developed countries are wooing investors with a carrot that could be more attractive than monetary profit - carbon credits in demand by pollution-heavy industries in the West.

Both sides are taking part in a financial matchmaking this week at the Africa Carbon forum in Senegal's capital. The United Nations and international climate regulators are trying to pair investors and projects as they tag Africa as the next frontier for clean energy.

Countries abiding by the 1997 Kyoto Protocol agree to participate in an international market in carbon "credits" that allow them to offset carbon dioxide emissions by investing in projects that reduce emissions elsewhere.

"There are relatively few projects to limit the growth of emissions in Africa. ... An event like this is an opportunity to change things," said Yvo de Boer, executive secretary of the UN Convention on Climate Change.

The World Bank issued a report on Wednesday saying Africa has the potential to become a goldmine for the type of clean energy projects that produce carbon credits traded under the Kyoto protocol.

Projects like those being proposed by Nigeria, Ivory Coast and Senegal are designed to attract investors who might otherwise steer clear of investing in volatile African countries, but are willing to take on higher risk given increasingly saturated carbon-trading markets in Asia and South America.

But the push for carbon trading in Africa also brings a continent that emits a tiny amount of global greenhouse gases into an ongoing global debate over how much industrialized nations should be able to buy their way out of cutting emissions.

The carbon-trading system "allows industrialized countries to delay the necessary action needed to tackle climate change," said Tom Picken, a campaigner with the British environmental group Friends of the Earth. He said some projects that earn carbon credits have ended up damaging the environment, for example tree plantations that lowered local water tables.

In Nigeria, oil companies have been approved to receive carbon credits for projects to end gas flaring, even though any such flaring has long been banned by the Nigerian government.

Still, brokers of carbon credits say that the system brings investment to clean-energy projects that might otherwise fail.

Tom Morton, of J.P. Morgan's carbon-credit arm, said their funding was key to helping a Ugandan maker of fuel-efficient wood stoves expand its factory and turn a profit on the stoves.

And the UN's de Boer argues that the carbon trading gives growing African economies an opportunity to avoid the mistakes of the West and meet increasing demands for energy in a way that doesn't contribute to climate change.

"Although Africa is tiny in terms of its contributing to the problem, it can potentially make a huge contribution to the solution," de Boer said.