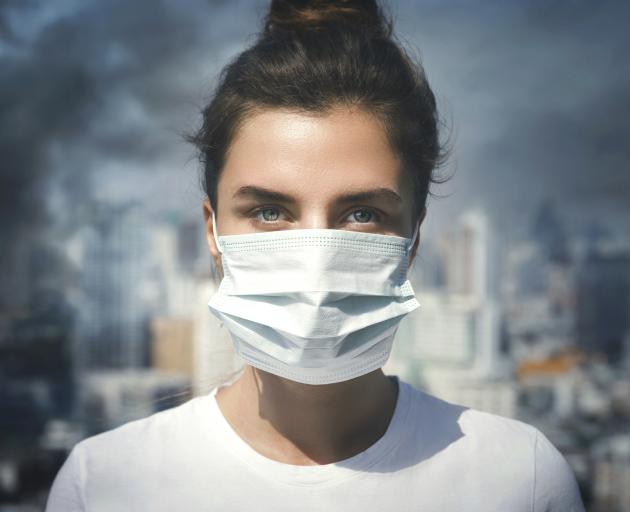 The World Health Organisation estimates that air pollution kills 7 million people each year - equivalent to 13 deaths every minute - more than the combined total of war, murder, tuberculosis, HIV, AIDs and malaria. Photo: Getty Images
Air pollution chokes lungs and shortens lives but is also linked to a higher risk of mental illnesses, researchers say in a study based on health data from millions of patients in the United States and Denmark.

People exposed to poor quality air in both countries were more likely to be diagnosed with bipolar disorder or depression, the study, released on Tuesday, said.

Critics argue it was flawed and said more research was needed to draw firm conclusions.

"There's quite a few known triggers (for mental illness) but pollution is a new direction," study leader Andrey Rzhetsky, of the University of Chicago told the Thomson Reuters Foundation.

"Research on dogs and rodents shows air pollution can get into the brain and cause inflammation which results in symptoms resembling depression. It's quite possible that the same thing happens in humans."

The World Health Organisation (WHO) estimates that air pollution kills 7 million people each year - equivalent to 13 deaths every minute - more than the combined total of war, murder, tuberculosis, HIV, AIDs and malaria.

It could shorten the life expectancy of children born today by an average of 20 months, according to research published by US nonprofit, the Health Effects Institute, earlier this year.

Increasing concern over the issue has seen cities including Paris, Bogota, and Jakarta experiment with car-free days.

But while pollution's impact on physical health is well known, links with mental illness have been less explored.

For the Danish patients they compared mental health to exposure to air pollution up to the age of 10 while in the United States they looked at real-time pollution levels.

Childhood exposure was linked to a more than two-fold increase in schizophrenia among the Danish patients, said the researchers, as well as higher rates of personality disorder, depression and bipolar.

The US data also found poor air quality was associated with higher levels of bipolar and depression, but did not find it was correlated to several other conditions including schizophrenia, epilepsy, and Parkinson's disease.

However, the study has proved controversial.

A critical commentary by Stanford professor John Ioannidis, which was published alongside the study, said it raised an "intriguing possibility" that air pollution might cause mental illnesses but had failed to make a clear case.

"Despite analyses involving large datasets, the available evidence has substantial shortcomings and a long series of potential biases may invalidate the observed associations," he wrote.