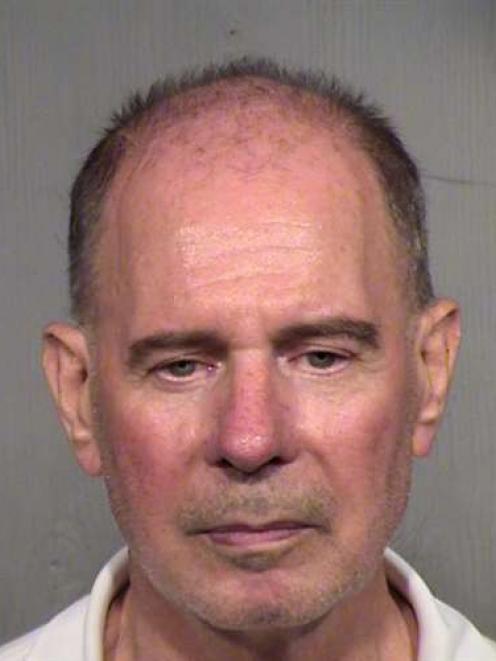 Mugshot of Joseph Henn. Photo: Supplied via Reuters
A fugitive former Catholic priest who fled to Italy and vanished after being indicted on child sex charges in Arizona in 2003 has been found and returned to Arizona, authorities said on Friday.

Joseph Henn, 70, was arrested in Rome by Italian police late last month and brought back to Phoenix by US marshals to face charges of child molestation and sexual conduct with a minor, Arizona prosecutors said.

At the time of his indictment, Henn was the ninth Phoenix-area priest to face sex abuse charges, part of a sweeping church scandal that began in Boston in 2002. In its wake, the church saw its public image battered and its finances hit hard by multimillion-dollar settlements and judgments.

Henn's alleged sexual abuse against three boys under the age of 15 occurred from 1979 to 1981 while he was a priest in the Salvatorian order at St. Mark’s Parish in Phoenix, prosecutors said in a statement.

Henn was formally arraigned on the 13 charges on Friday in Maricopa County Superior Court in Phoenix.

County Attorney Bill Montgomery said in the statement that the pursuit and prosecution of the long-time fugitive priest showed "neither position nor title will shield someone who harms children from accountability.”

Henn’s public defender, Brittany Lamb, could not immediately be reached for comment late on Friday.

Henn fled the United States and traveled to Rome 16 years ago in an attempt to escape prosecution, authorities said. He was found and arrested by Italian authorities in 2005 and placed under house arrest at the headquarters of his religious order.

During court proceedings, his attorney at the time told an Italian court that Henn risked being killed in prison if he returned to Arizona but he was ordered to be extradited.

But Henn was nowhere to be found in 2006 when authorities arrived at the religious order’s headquarters with an extradition order from the Italian Supreme Court.

He was located again in Rome and arrested on May 29 by Italian law enforcement, prosecutors said.

In a statement, the Catholic Diocese of Phoenix said it was pleased Henn had been apprehended and it was committed to providing a safe environment for its youth.

“We will continue to work in close cooperation with law enforcement to uphold the principals of accountability and justice,” the statement said.