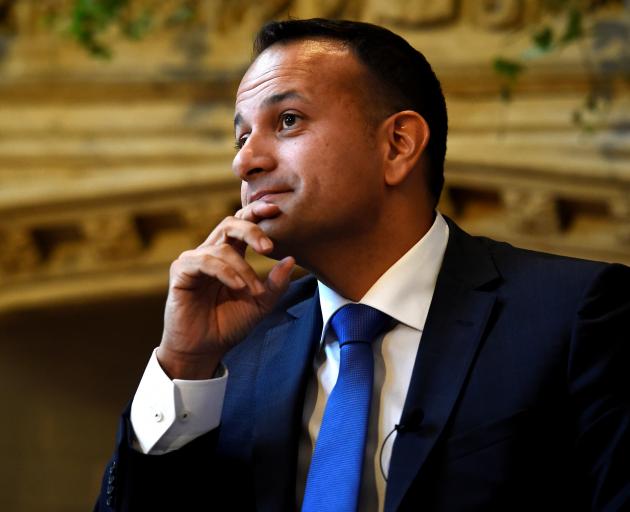 Prime Minister Leo Varadkar. Photo: Reuters
Ireland has contained and effectively suppressed the first wave of the coronavirus outbreak in the population at large but not in nursing homes where its spread remains a concern, the country's chief medical officer said on Thursday.

The assessment raised hopes that stay-at-home restrictions can be gradually eased from May 5. Acting Prime Minister Leo Varadkar said earlier on Thursday that he hoped to set out a roadmap on how they could be eased before the May 5 expiry.

Ireland reported 724 new cases to bring its total to 13,271 with 486 deaths, but officials said the growth rate in new cases has been close to zero since April 3 and the closely watched reproductive rate, or the number of people who become infected from each positive case, fell to between 0.7 and 1.

"The data clearly shows that there are two very different experiences of Covid-19," Tony Holohan said in a statement, referring the continued spread of the disease in care settings versus the containment elsewhere.

"In order to protect the vulnerable the first task was to suppress the virus in the population at large. We are increasingly confident that we are achieving this. All of our efforts now need to be on extinguishing Covid-19 in our community residential settings, including nursing homes."

Nursing homes account for 253 of the 486 coronavirus-related deaths, with 49 more fatalities associated with other care homes or community facilities. There are clusters of two or more cases in 163 of the country's 550 retirement homes.

Eight people or almost a third of residents at one old age psychiatric home who had tested positive for Covid-19, the disease caused by the virus, died over the Easter holiday weekend, Ireland's Health Service Executive said on Wednesday.

Varadkar told parliament that new measures to help protect nursing home residents were not being implemented fast enough, as his acting government faced criticism by opposition politicians for the speed of its response.

The government promised nursing homes additional funds, more staff, priority testing and the redeployment of senior medics to improve infectious disease control on April 4 after the number of clusters began to rise rapidly.

Fianna Fail leader Micheal Martin, who is in negotiations to form a new government with Varadkar, said nursing homes had been "left behind significantly."

Health officials across the world have warned that the elderly are especially vulnerable in the pandemic. The median age of deaths in Ireland is 82, compared to a median age of 48 of all those infected, according to health department data.

Varadkar also said any roll back of restrictions would be done over a number of months, a message emphasised later by his health officials.

"Whatever happens after May 5 has to be approached exceptionally carefully. We can manage a modest rise in cases, if it's done slightly wrong, but we can't manage a huge rise in cases," Irish Epidemiological Modelling Advisory Group chair, Professor Philip Nolan, told a news conference.

Wish NZ would follow this example and wait until we have near zero infections for a week before opening up.