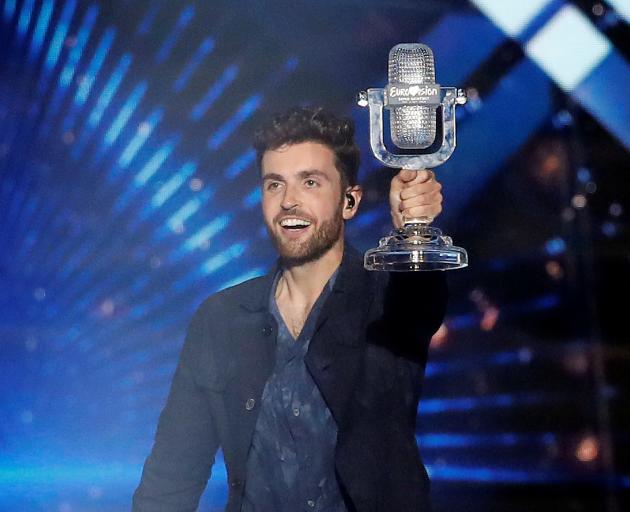 Duncan Laurence celebrates his win at the contest in Tel Aviv. Photo: Reuers
The Netherlands has won the 64th Eurovision Song Contest in Israel in a songfest that passed off without serious incident, despite calls by pro-Palestinian groups to boycott the event.

Duncan Laurence singing Arcade beat 25 other contestants in the grand final in Tel Aviv to win the glass microphone trophy on Saturday.

🇳🇱 The winner of the Eurovision Song Contest 2019 is Duncan Laurence, representing The Netherlands with his song, Arcade!👉 https://t.co/8ppA7om1Py@dunclaurence#DareToDream #Eurovision #NLD pic.twitter.com/iVduYXZY0y— Eurovision (@Eurovision) May 18, 2019

This year's competition was more political than usual, held against the backdrop of a campaign by the Boycott, Divestment, Sanctions (BDS) movement that urged artists, fans and broadcasters to shun the event to protest against Israeli policies in the West Bank and Gaza.

But no singers or broadcasters pulled out, and only a small crowd of protesters turned up outside the Expo Tel Aviv venue.

However pop superstar Madonna sprang a surprise during her guest performance of two songs - her iconic 1989 hit Like A Prayer and a new number, Future, sung alongside the American rapper Quavo.

At the close of the second number, two backing dancers briefly appeared on stage wearing the Israeli and Palestinian flags on the back of their costumes. 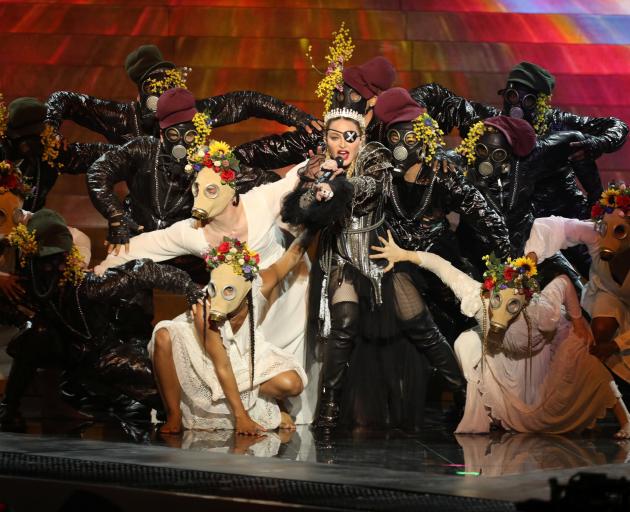 Madonna performs during a guest appearance at the grand final. Photo: Orit Pnini for KAN via Reuters
The European Broadcasting Union, which co-produced the contest alongside Israel's national broadcaster, issued a statement immediately after her performance. "This element of the performance was not cleared with the EBU and the Host Broadcaster, KAN. The Eurovision Song Contest is a non-political event and Madonna had been made aware of this," it said.

The 60-year-old singer, who is a follower of the mystical form of Judaism called Kabbalah, had faced criticism for performing at the event.

She defended her decision, saying on Tuesday that she would always speak up to defend human rights, and that she hoped to see “a new path toward peace.”

Hatari, Iceland's entrant, drew boos from the audience when the band held up small Palestinian banners live on air during voting. The EBU said the political display "directly contradicts the contest rules."

Security was tight through the final, with thousands of extra police, undercover officers and private security guards deployed. Fans had to pass through metal detectors and multiple security checks as armed patrols looked on from elevated positions.

Israel says the calls to boycott the competition are discriminatory and anti-Semitic, which the BDS movement denies.

With its victory, the Netherlands wins the right to host next year's competition.