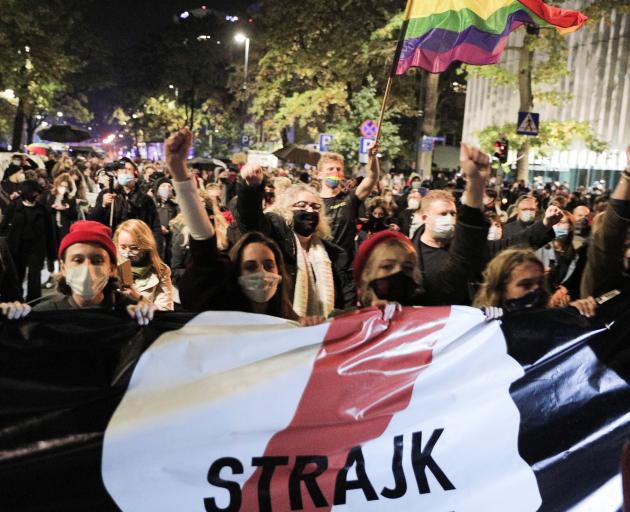 People protest against imposing further restrictions on abortion law in Poland in front of the Constitutional Court building in Warsaw. Photo: Reuters
Protests gathered across Poland after the Constitutional Tribunal ruled on Thursday that abortion due to foetal defects was unconstitutional, banning the most common of the few legal grounds for ending a pregnancy in the largely Catholic country.

After the ruling goes into effect, abortion will only be permissible in Poland in the case of rape, incest or a threat to the mother's health and life, which make up only around 2% of legal terminations conducted in recent years.

The development pushes Poland further away from the European mainstream, as the only EU country apart from tiny Malta to severely restrict access to abortion.

Hundreds marched toward the house of governing party leader Jaroslaw Kaczynski on Thursday night after the ruling, some carrying candles and signs that read "torture". Most wore face masks to comply with coronavirus pandemic restrictions.

Police in riot gear had cordoned off the house, and private broadcaster TVN showed police using tear gas as protesters threw stones and tried to push through the police line.

Small protests also took place in the cities of Krakow, Lodz and Szczecin.

"It's sick that such controversial things are being decided at a time when the entire society lives in fear (of the pandemic) and is afraid to go into the streets," said Marianna Dobkowska, 41.

Conservative values have played a growing role in public life in Poland since the nationalist Law and Justice (PiS) party came into power five years ago on a promise to defend what it sees as the nation's traditional, Catholic character.

Curbing access to abortion has been a long-standing ambition of the party, but it has stepped back from previous legislative proposals amid widespread public backlash.

A group of right-wing lawmakers asked the Tribunal in December 2019 to rule on the legality of aborting when there is serious, irreversible damage to the foetus.

"The worst-case scenario that could have come true has come true. It is a devastating sentence that will destroy the lives of many women and many families," said lawyer Kamila Ferenc who works with an NGO helping women denied abortion.

"Removing the basis for almost all legal abortions in Poland amounts to a ban and violates human rights. Today's ruling of the Constitutional Court means underground/abroad abortions for those who can afford and even greater ordeal for all others."

Opponents say the Constitutional Tribunal may have acted on the ruling party's behalf. While the Tribunal is nominally independent, most of its judges have been nominated by PiS, some to replace candidates picked by the opposition but whose appointment was refused by President Andrzej Duda, a party ally.

"To throw in the subject of abortion and produce a ruling by a pseudo-tribunal in the middle of a raging pandemic is more than cynicism. It is political wickedness," said Donald Tusk, head of the main centre-right group in the European Parliament and a former prime minister of Poland.

PiS denies trying to influence the court or taking advantage of the pandemic to push through the changes. Its justice reforms which included the Tribunal have attracted wide international accusations of undermining democratic norms.

Abortion rights activists say access to the procedure was often declined in recent years in Poland even in cases when it would be legal.

Many doctors in Poland, which already had some of the strictest abortion rules in Europe, exercise their legal right to refuse to terminate pregnancies on religious grounds. Some say they are pressured into doing so by their superiors. 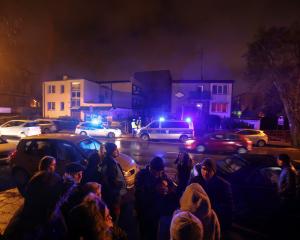 Almost 130 Polish escape rooms not up to standard 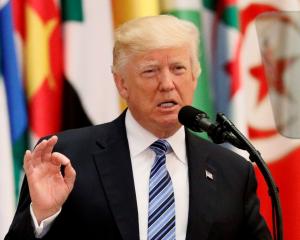 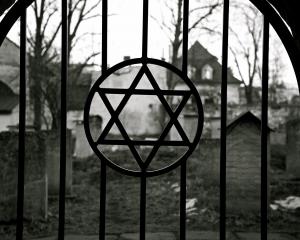