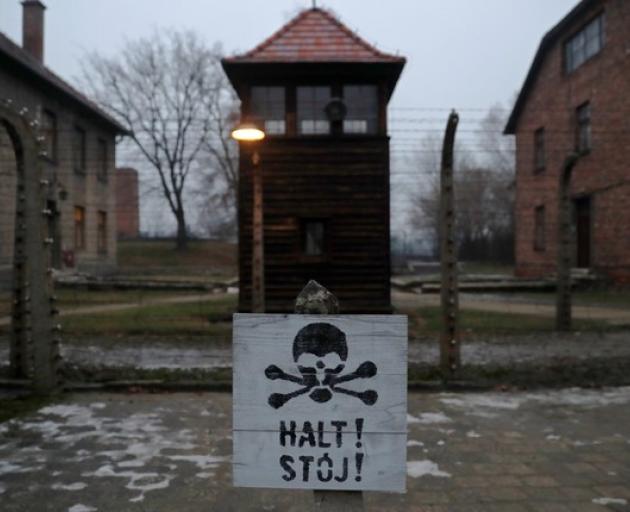 73rd anniversary of the liberation of the Nazi German concentration and extermination camp Auschwitz-Birkenau. Photo: Reuters

Poland is seeing a resurgence of anti-Semitism over pending legislation that would impose jail terms for suggestions that the nation was complicit in the Holocaust, local minority groups warned, as pressure mounts on the president to veto the bill.

Parliament passed the measure on Thursday, drawing outrage from Israel, US criticism and condemnation from a number of international organisations. President Andrzej Duda has 21 days to decide whether to sign it into law.

The bill would impose prison sentences of up to three years for mentioning the term "Polish death camps" and for suggesting "publicly and against the facts" complicity on the part of the Polish nation or state in Nazi Germany's crimes.

More than three million of Poland's 3.2 million Jews were murdered by the Nazis, accounting for about half of the Jews killed in the Holocaust. Jews from across Europe were sent to be killed at death camps built and operated by the Germans on Polish soil, including Auschwitz, Treblinka, Belzec and Sobibor.

According to figures from the US Holocaust Memorial Museum, the Nazis also killed at least 1.9 million non-Jewish Polish civilians.

In a rare show of unity, Polish minority and ethnic groups, including Jewish, Ukrainian and Russian, urged Duda and other authorities to counteract all forms of xenophobia, intolerance and anti-Semitism, although they did not directly call on the president to veto the bill.

"Our particular concern and objection is caused by the numerous and loud manifestations of anti-Semitism that we have been witnessing this week after the (parliament) passed (the Holocaust bill)," the groups said in statement.

Poland, which has gone through a painful public debate in recent years after the publication of research showing some Poles participated in the Nazi atrocities, has long sought to discourage use of the term "Polish camps" to refer to Nazi camps on its territory, arguing that the phrase implies complicity.

On Saturday, German Foreign Minister Sigmar Gabriel said the use of the phrase "Polish death camps" was wrong.

"There is not the slightest doubt as to who was responsible for the extermination camps, operated them and murdered millions of European Jews there: namely Germans," Gabriel said in a statement.

The Israeli embassy in Warsaw said late on Friday that Israel does not oppose Poland's fight for assuring the phrase "Polish death camps" is never used.

"We would like to use this opportunity to repeat that Israel stands with Poland in using the proper term for the death camps - German Nazi camps," the embassy said in its statement.

The embassy also said that it has received "a wave of anti-Semitic statements" in the past week.

Poland is one of the most ethnically and religiously homogenous countries in Europe, but before World War Two Jews made up 10 percent of the population and the country also had large Ukrainian, German, Belarussian and other minorities.

Poland's ruling party, the socially conservative PiS, has reignited debate on the Holocaust as part of a campaign to fuel patriotism since sweeping into power in 2015.

The party says the bill is needed to protect Poland's reputation and ensure historians recognise that Poles as well as Jews were victims of the Nazis.

Jaroslaw Kaczynski, the chairman of the PiS and de facto the country's leader, told the public radio Jedynka on Saturday that Poland rejects "anti-Semitism very radically".

"But we are also a sovereign state and we have a duty to start, because this is only the beginning, the fight against ... this great defamatory campaign against Poland, namely, insulting Poland, blaming us for someone else's actions."

Critics of the bill have raised concerns it will curb free speech and could potentially be used against Holocaust survivors or historians.

A US congressional task force on combating anti-Semitism and a number of Jewish groups urged Duda to veto the bill.

The International Auschwitz Council, an advisory body to the office of the Polish prime minister, Mateusz Morawiecki, said on Friday the bill's imprecision raised "legitimate concerns about restricting freedom in discovering the truth about the Holocaust".

"We must talk to our allies in a way that would allow them to understand that we have no intention of renouncing our dignity," he said. 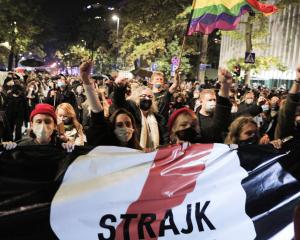 Saying Poland the country was complicit in Nazi atrocities is like saying New Zealand was complicit with genocide carried out by the British Empire and its agents.

There is a complete lack of regard for the geopolitics of Wartime Europe, the known Belorussian, Ukranian and Croatian collaboration with the Nazis, the destruction of Warsaw, the ghetto, the fighting street by street, building to building, by the Polish Resistance, and, of course, Poland's assumption into the Soviet Union.