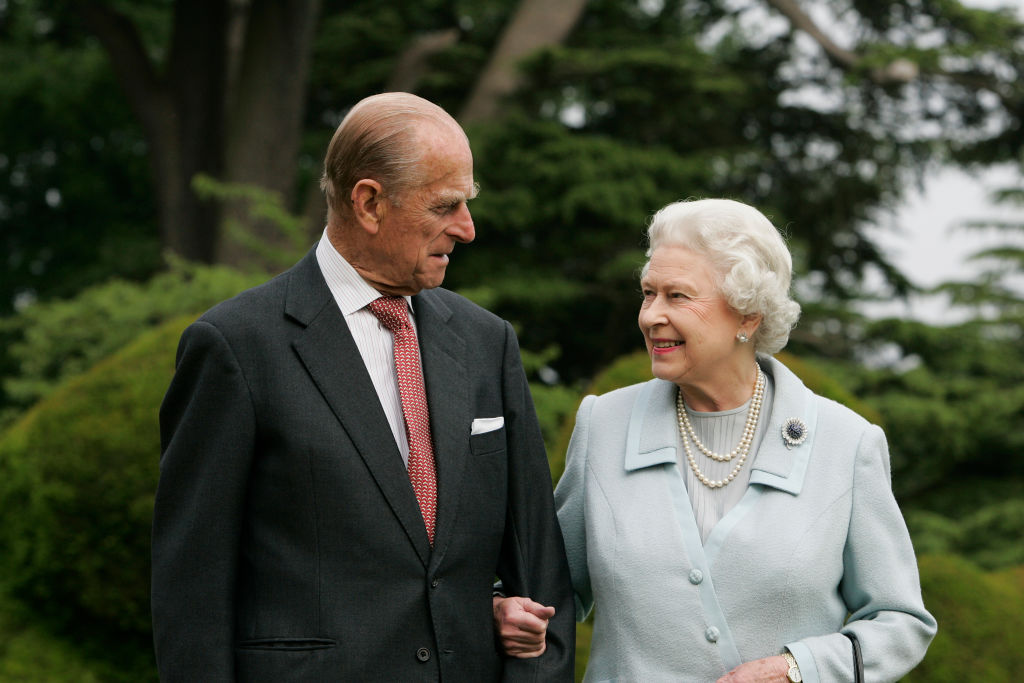 "He has, quite simply, been my strength and stay all these years," the Queen said in a rare personal tribute to Prince Philip, made in a speech marking their 50th wedding anniversary in 1997. They were married for 73 years. Photo: Getty Images
Prince Philip, the husband of the Queen and a leading figure in the British royal family for almost seven decades, has died aged 99, Buckingham Palace has confirmed.

The Duke of Edinburgh, as he was officially known, had been by his wife Elizabeth's side throughout her 69-year reign, the longest in British history. During that time he earned a reputation for a tough, no-nonsense attitude and a propensity for occasional gaffes.

"It is with deep sorrow that Her Majesty The Queen announces the death of her beloved husband, His Royal Highness The Prince Philip, Duke of Edinburgh," the palace said in a statement on Friday.

"His Royal Highness passed away peacefully this morning at Windsor Castle. Further announcements will be made in due course. The Royal Family join with people around the world in mourning his loss."

"We remember the duke ... above all for his steadfast support for Her Majesty the Queen, not just as her consort, by her side, every day of her reign, but as her husband, her strength and stay of more than 70 years," Johnson said.

"And it is to Her Majesty, and her family, that our nation's thoughts must turn today.

"Like the expert carriage driver that he was he helped to steer the royal family and the monarchy so that it remains an institution indisputably vital to the balance and happiness of our national life." 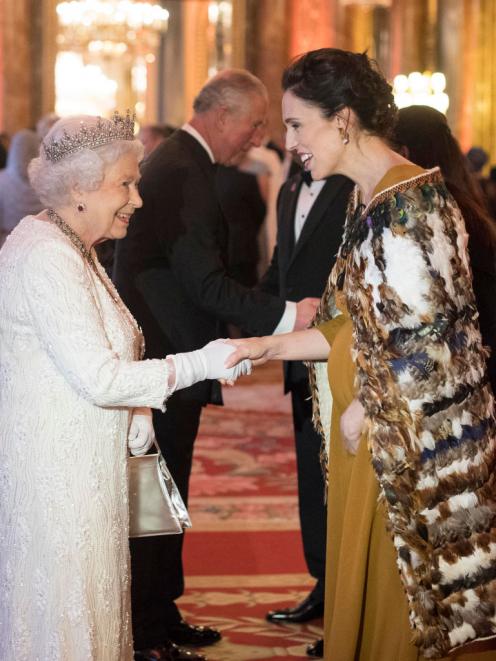 "Our thoughts are with Her Majesty The Queen at this profoundly sad time. On behalf of the New Zealand people and the Government, I would like to express my sincere condolences to Her Majesty and to all the Royal Family.

"Prince Philip will be fondly remembered for the encouragement he gave to so many young New Zealanders through The Duke of Edinburgh's Hillary Award. In over 50 years of The Award in New Zealand, thousands of young people have completed life-changing challenges through the programme".

Kiwis would also remember the Duke of Edinburgh's "enormous support" for the Queen.

"His time as royal consort exceeded that of any other royal consort in British history. His Royal Highness accompanied The Queen on her ten visits to New Zealand, the first being in 1953, and the last in 2002."

Ardern had directed that flags on all government buildings and naval vessels be flown at half-mast.

The Government was awaiting details from the palace concerning the arrangements for the Duke of Edinburgh's funeral, she said. "Following the funeral, a national memorial service will be held in Wellington. More details will follow once arrangements have been confirmed."

New Zealand's Governor-General Dame Patsy Reddy said the Prince's death was a "great loss to Her Majesty the Queen, the members of the Royal Family and the people of Her Majesty's Realms and territories".

"On behalf of the people of New Zealand, I convey our deepest condolences on the death of His Royal Highness Prince Philip. Our thoughts are with the members of the Royal Family at this time of great sorrow." 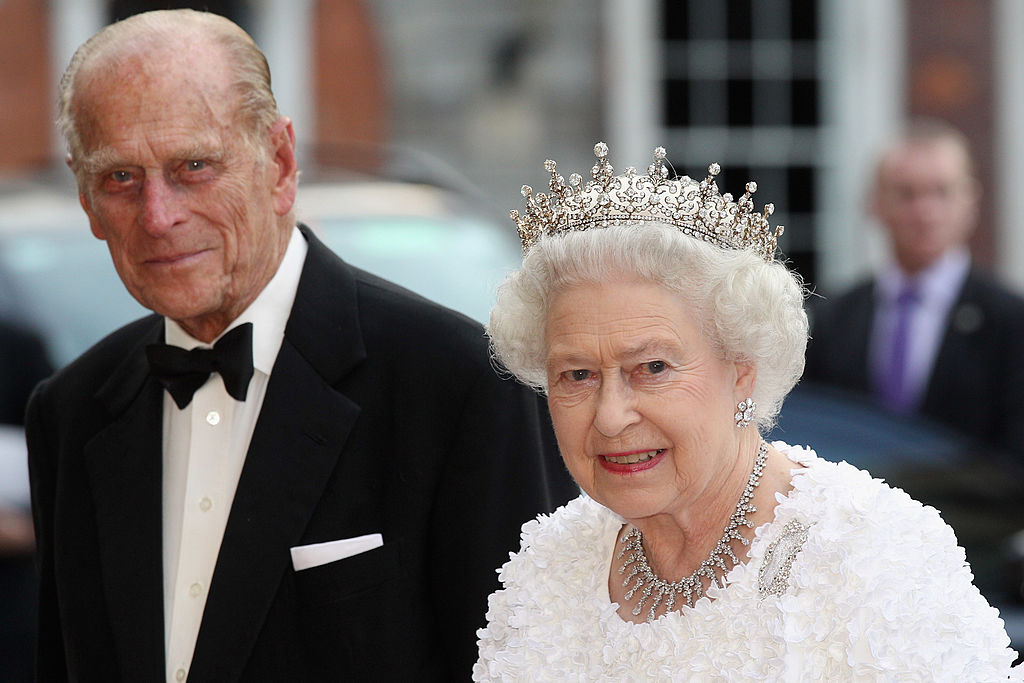 A Greek prince, Philip married Elizabeth in 1947. He went on to play a key role in modernising the monarchy in the post-World War 2 period, and behind the walls of Buckingham Palace was the one key figure the Queen could turn to and trust.

"He has, quite simply, been my strength and stay all these years," Elizabeth said in a rare personal tribute to Philip, made in a speech marking their 50th wedding anniversary in 1997.

Philip spent four weeks in hospital earlier this year for treatment for an infection to have a heart procedure, but returned to Windsor in early March.

His charm and disinclination to tolerate those he regarded as foolish or sycophantic earned him a position of respect among some Britons.

But to others, his sometimes brusque demeanour made appear him rude and aloof. He was a delight to newspaper editors keen to pick up on any stray remark at official events.

The former naval officer admitted he found it hard to give up the military career he loved and to take on the job as the monarch's consort for which there was no clear-cut constitutional role.

"Like the expert carriage driver that he was, he helped to steer the royal family and the monarchy so that it remains an institution indisputably vital to the balance and happiness of our national life," British Prime Minister Boris Johnson said. 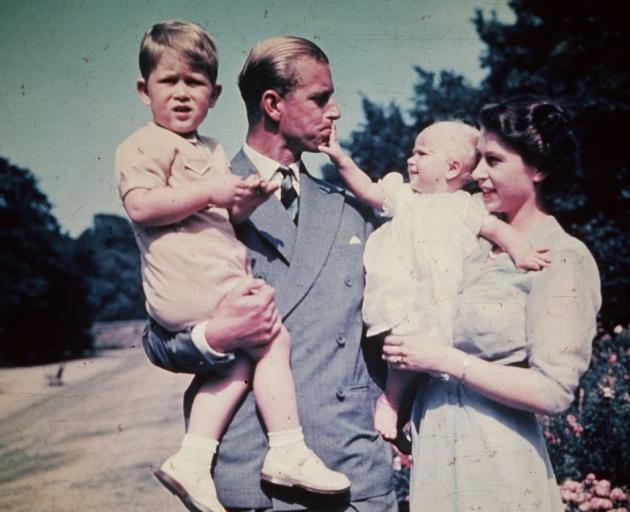 Head of the family

In private, Philip was regarded as the unquestioned head of his family, but protocol obliged the man dubbed "the second handshake" to spend his public life literally one step behind his wife.

"There was no precedent. If I asked somebody 'what do you expect me to do?', they all looked blank - they had no idea, nobody had much idea," he said in an interview to mark his 90th birthday.

After completing more than 22,000 solo appearances, Philip retired from public life in August 2017, although after that he occasional appeared at official engagements.

His last appearance was last July at a military ceremony at Windsor Castle, the royal palace to the west of London where he and the monarch have resided during Covid-19 lockdowns.

They had four children, Prince Charles, the heir to the throne, Princess Anne, and Princes Andrew and Edward.

They celebrated their 72nd anniversary on the same day that Andrew stepped down from public duties over the controversy surrounding his association with the disgraced late US financier Jeffrey Epstein, one of a number of recent crises the family have faced. 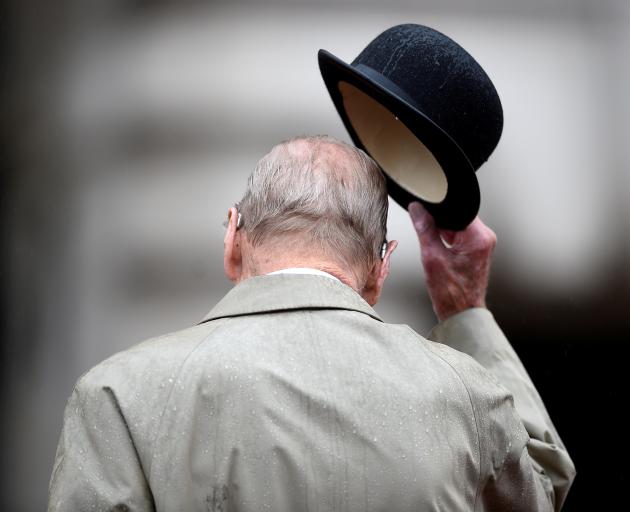 The Queen without Philip

The death of the Queen's husband and closest confidant will raise questions over whether she might consider abdication, but royal commentators say there is little or no chance than this will happen.

In recent years, the Queen has cut the number of official engagements she carries out and has passed many royal duties and patronages onto Prince Charles, his son Prince William and other senior royals. But she still carries out the most symbolic of the monarchy's state duties, such as the opening of Parliament.

While he officially played second fiddle to his wife, Prince Philip regarded as the private head of the family.

Some royal watchers have said that his absence from this role in recent years with declining health has played a role in some of the monarchy's recent travails, such as the crisis of Charles' younger son Prince Harry and his wife Meghan, and the decision that saw them give up their royal roles.

"The main lesson that we have learned is that tolerance is the one essential ingredient of any happy marriage," Philip said in a speech in 1997.

"It may not be quite so important when things are going well, but it is absolutely vital when things get difficult. You can take it from me that the Queen has the quality of tolerance in abundance."

"His charm and disinclination to tolerate those he regarded as foolish or sycophantic earned him a position of respect among some Britons" ie the media whom he didn't like much.

RIP, Your Royal Highness.
The world is a lesser place without brave men like you.