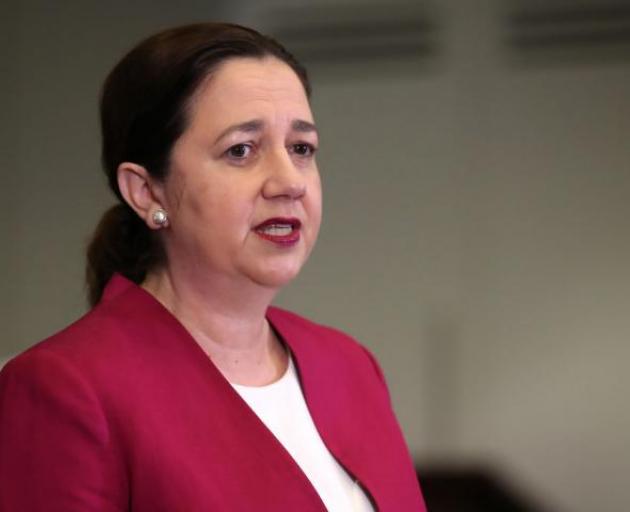 Queensland Premier Annastacia Palaszczuk. Photo: Getty Images
An Australian state premier is considering the use of remote mining camps to quarantine international arrivals, aiming to break a cycle of coronavirus outbreaks around the country at city hotels used for isolation.

Queensland's state capital of Brisbane emerged earlier this week from a snap three-day lockdown sparked by the discovery of the highly infectious strain of Covid-19 in a worker at a quarantine hotel.

"I think with this new strain, we have to put all options on the table," Queensland Premier Annastacia Palaszczuk said of the camp proposal, which received a mixed reaction in Australia.

Since Australia effectively eliminated local transmision of Covid-19 in the second half of last year, almost all new outbreaks have stemmed from quarantine hotels.

Palaszczuk said on Thursday that health officials are considering "a number" of camps near airports as a way to isolate Covid-19 cases and prevent the potential spread of the virus through common infrastructure such as air conditioning.

Neighbouring Northern Territory began using a shuttered mining camp outside the city of Darwin in October for quarantining international arrivals.

A proposal for wider use of camps is on the agenda of a national cabinet meeting next week but New South Wales, the country's most populous state, has already voiced its objections.

The vast majority of incoming travellers to Australia arrive in Sydney where they are quarantined at city hotels.

In Brisbane, authorities transferred 129 quarantined travellers from the Grand Chancellor hotel to another hotel late on Wednesday while investigations into the latest outbreak are conducted.

Australia, which has recorded a total of around 28,650 infections and 909 deaths, has managed to suffocate several small outbreaks in recent weeks through targeted lock downs, contact tracing and mandatory mask-wearing.