Tiger Woods awake after surgery; police probe cause of crash 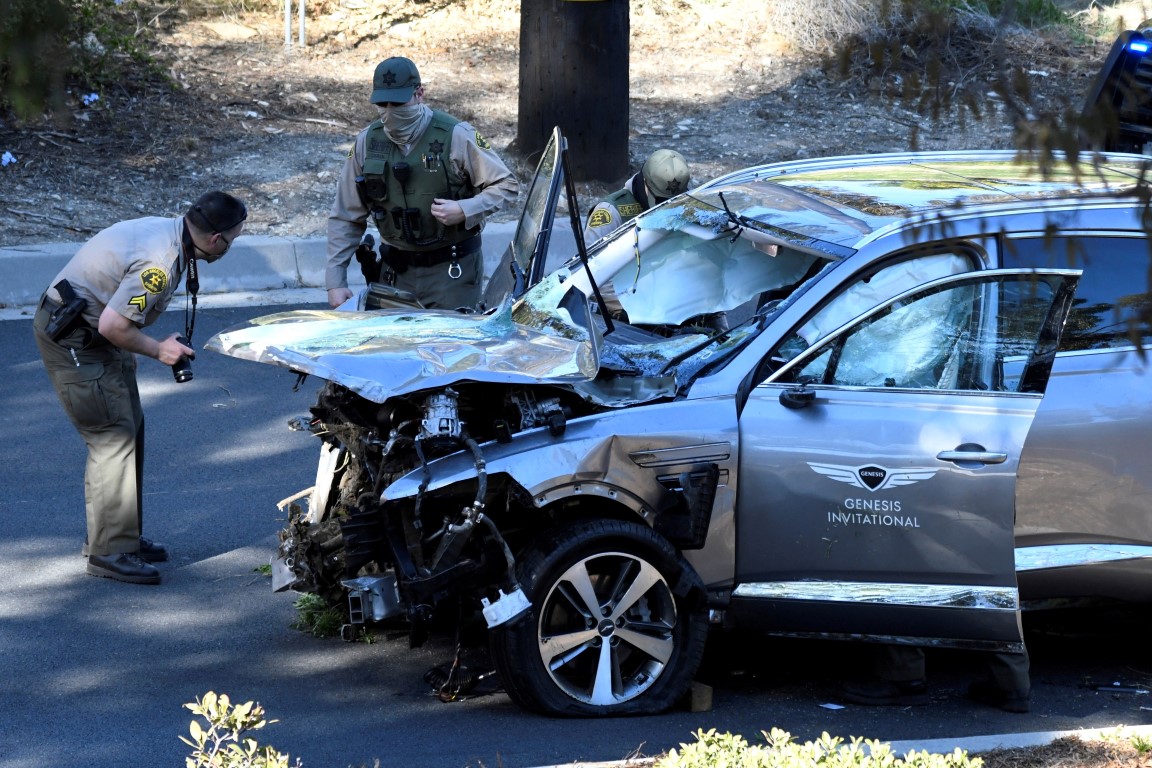 Police inspect Tiger Woods' vehicle after the accident. Photo: Reuters
Police are seeking to determine what caused Tiger Woods to swerve off a California road in his SUV, hit a tree and roll down a hillside in an accident that left the golf great seriously injured.

Woods (45) was prised from the wreckage by rescue crews and rushed from the scene of the Tuesday morning (local time) crash outside Los Angeles to nearby Harbor-UCLA Medical Center suffering what his agent described as "multiple leg injuries."

A statement posted on Woods' official Twitter account said he had undergone a "long surgical procedure" to his lower right leg and ankle and was "awake, responsive and recovering in his hospital room."

Compound fractures of his tibia and fibula - the two bones of his leg below the knee - were stabilized with a rod, and screws and pins were used to stabilize additional injuries to his foot and ankle, Dr. Anish Mahajan, chief medical officer of Harbor-UCLA, said in the tweet.

Mahajan also said that trauma to the muscle and other soft tissue of the leg "required surgical release of the covering of the muscles to relieve pressure due to swelling".

Los Angeles County Sheriff's deputies responding to the wreck found no immediate indication that Woods had been under the influence of alcohol or drugs before losing control of his vehicle shortly after 7am.

Sheriff Alex Villanueva, however, said the golf star, who was "lucid" following the accident, appeared to have been going faster than normal for a downhill, curving stretch of road known by locals to be hazardous. Weather was not considered a factor.

Video footage from the scene showed Woods' dark gray 2021 Genesis sport utility vehicle badly crumpled and lying on its side near the bottom of the hillside, its windows smashed.

Woods' injuries were not life-threatening, the sheriff said, but sports commentators were already speculating that the crash could end the career of the greatest golfer of his generation.

Woods is the only modern professional to win all four major golf titles in succession, taking the US Open, British Open and PGA Championship in 2000 and the Masters title in 2001, a feat that became known as the 'Tiger Slam'.

But he has suffered years of injuries and undergone multiple surgeries on both his back and knees.

Woods, one of the world's most celebrated sports figures, was the sole occupant of the car when it crashed near the suburban communities of Rolling Hills Estates and Rancho Palos Verdes, the sheriff's department said.

The vehicle veered across the center divider of the road into an opposite traffic lane, striking a roadside curb, and a tree as it careened over an embankment, and "there were several rollovers" before the SUV came to rest, Villanueva said.

Golf Digest reported Woods had been shooting a TV show segment in which he was giving on-course instruction to the three celebrities and was due to resume filming on Tuesday.

Woods held the top spot in golf's world rankings for a record total of 683 weeks, winning 14 major championship titles from 1997 to 2008. His 15 major titles stand second only to the record 18 won by Jack Nicklaus. 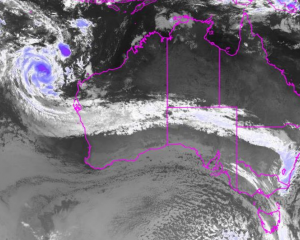 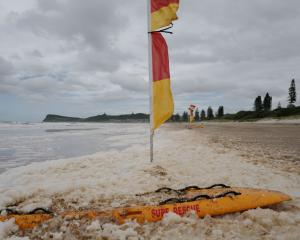 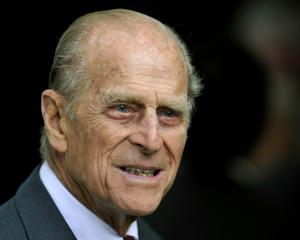 Prince Philip death: What happens next