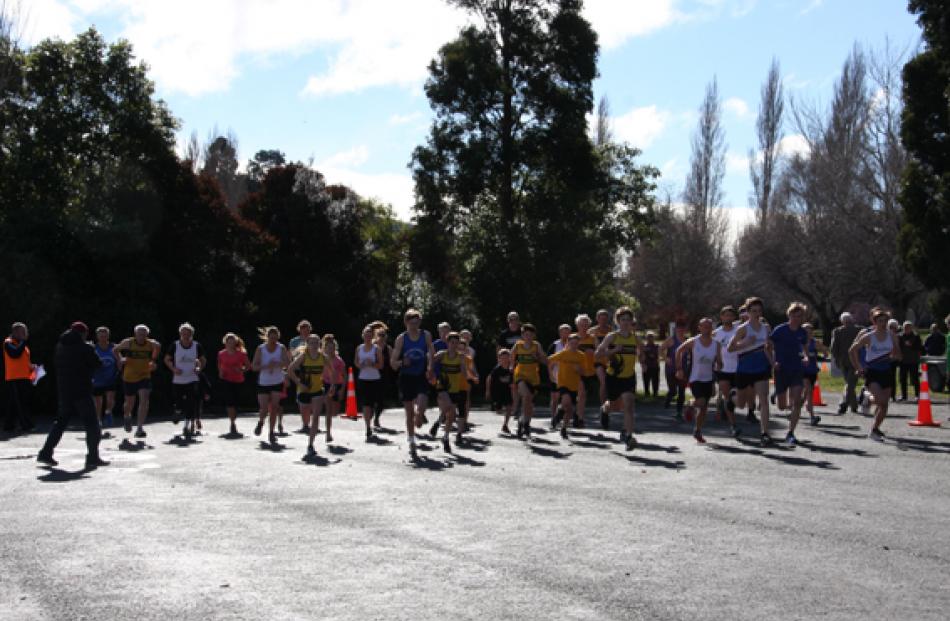 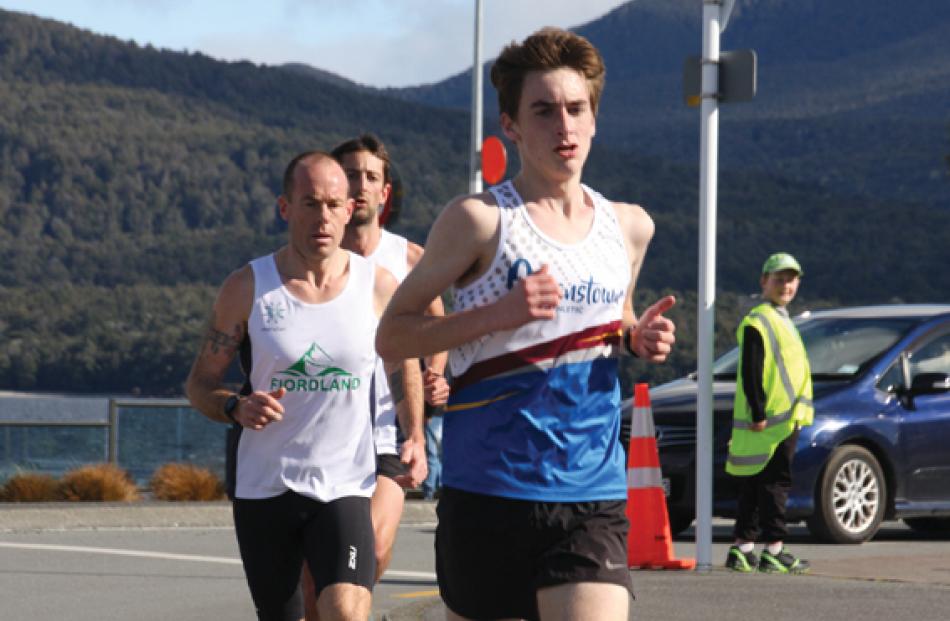 U18 Contender Aleks Cheifetz of Queenstown in the lead at the corner of the second lap with Dwight Grieve and Richard Ford of Fiordland in close pursuit. Dwight went on to win the event in a time of 34.04. Photo: Julie Walls 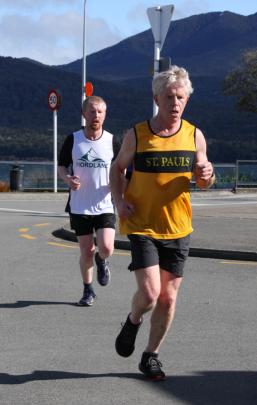 Alistair Green of Fiordland third in the Open senior men 10km in a time of 44.24 is in hot pursuit of St Pauls runner. Photo Julie Walls 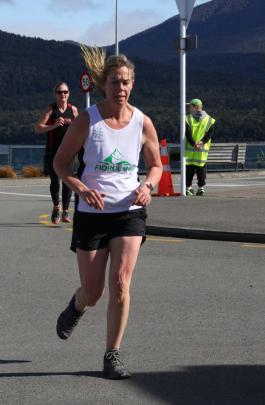 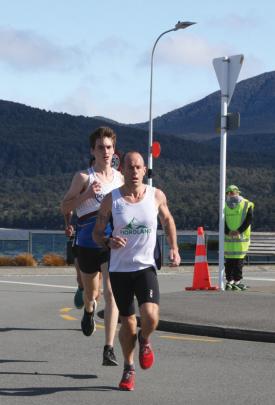 Fiordland Athletic Club Captain and Masters athlete Dwight Grieve in the lead at the lakefront corner of the third lap, with U 18 contender Aleks Cheifetz of Queenstown in hot pursuit. Photo: Julie Walls 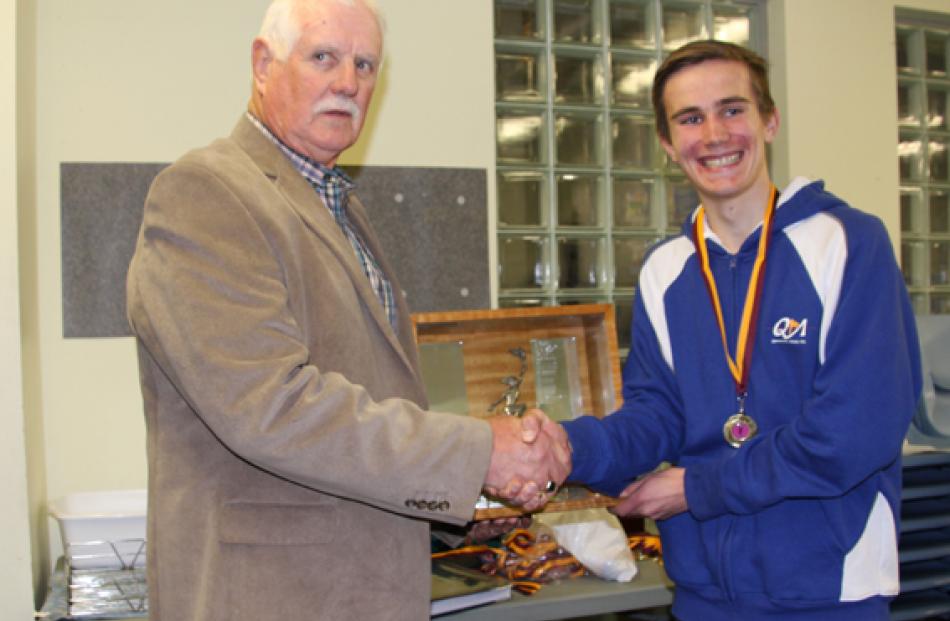 Kerry Smith of Nelson, younger brother of the Late Warren Smith presenting the Wayne Smith Memorial Trophy to Benjamin Britton U20 winner in a time of 27.52. Photo: Julie walls 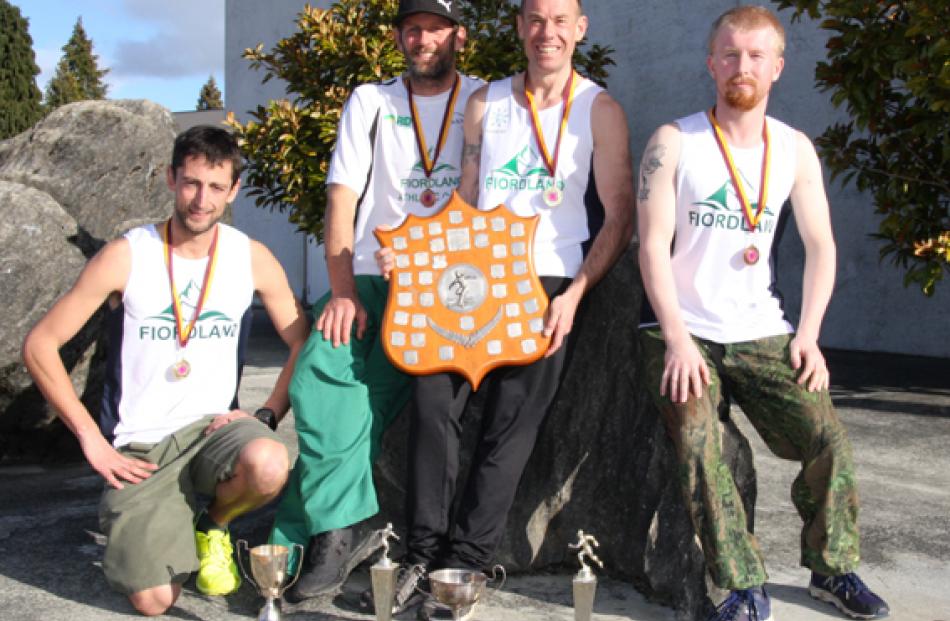 The Southland Road Running Championships were held in perfect racing conditions in Te Anau for the fourth year on Saturday 24 August.

43 runners ranging from junior through to seniors, competing in races up to 10km in length, starting from Te Anau Boat Harbour and finishing at the Marina area. The course was a 2km loop that progressed along the lakefront on Te Anau Terrce, turning into Town Centre and then into Mokonui St.

Dwight Grieve said, “The wind on the day destroyed any chance of a personal best but my time put me in personal best form and pretty happy at 42 to be able to still be going faster. This year has been a change of focus after a big 2018, had a down period to get body and mind together and balance between work, sport and family”.

“I have been building up over the harrier season to peak for New Zealand half marathon championships in Dunedin (Sunday 1 September), so to run well last weekend is a great confidence booster”.

“Back into full training now with hopes of good result at half marathon championships and sights on a personal best in the Kepler Challenge which is always a highlight of my year”.

”There are some very good younger runners coming through that have quality coaches and showing good dedication.

“It is one of the most stunning road running courses in the country”.

Hosted by Fiordland Athletics Club, the event is running extremely well, with appreciation for the volunteers and the local community support, said Grieve.

A special guest at the championships this year was Kerry Smith of Nelson, younger brother of the late Warren Smith, who was one of Southland's brightest young sporting talents and "a very proud St Paul's runner leaving a legacy in athletics.

Southland Athletics President Lilian Tudor said “I think the event went really well. It was good to have Kerry Smith start the race and he greatly appreciated it”. 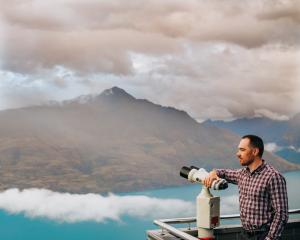 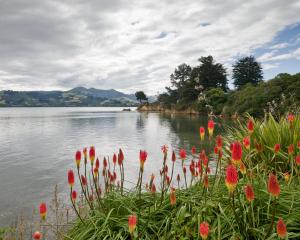 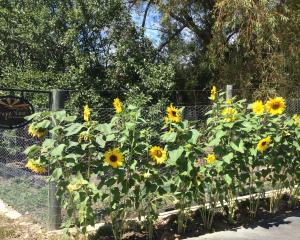 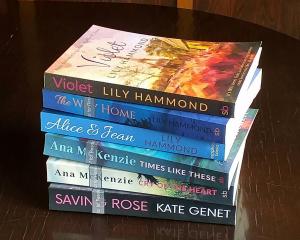 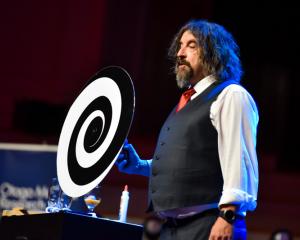 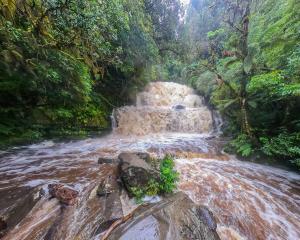