The role of the father 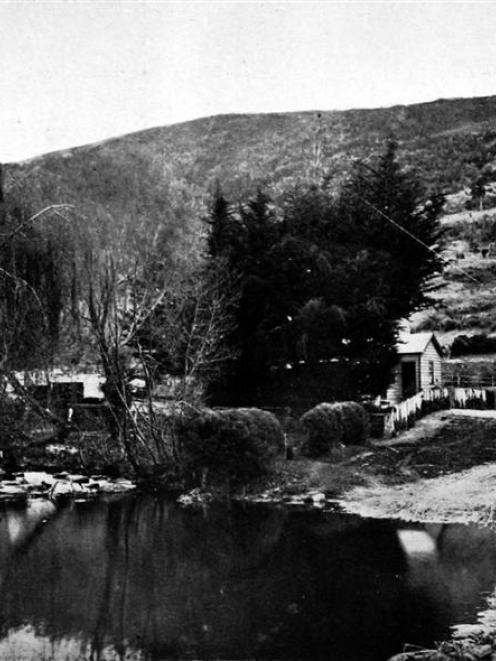 A charming scene near Woodside on the Taieri Plain. - Otago Witness, 3.9.1913.
Lady Stout, who is at present on a visit to Wanganui, gave some plain truths to a public meeting on Sunday concerning the responsibilities of fatherhood.

This was, she said, the century of the woman and the child.

It was claimed that girls should be taught the virtues of wifehood and motherhood, but no one talked of training the boys.

Fatherhood was the highest privilege a man could attain to, yet men were not to be taught that responsibilities were attached to that privilege.

The girls were expected to be trained in every essential that went towards the making of an ideal mother, yet the man was allowed perfect freedom from all responsibility, He could gamble, drink, and commit immorality at will, and do as he liked before and after marriage.

There was no one to warn him of his duty to his wife and children.

Alcohol, Lady Stout continued, did more harm to the physical development of the child than tight lacing and high heels.

Then there was the spiritual aspect of the duties of fatherhood to be remembered.

The racial function consisted of service to the mother and seeing that her health and strength were closely guarded.

Lady Stout referred to the awakening of women and quoted a number of passages showing that an evolution with regard to the relationship between man and woman was in progress.

In New Zealand, she continued, the many youthful imbeciles had to thank their fathers for their affliction.

The sins of the fathers were revisited on the third and fourth generation.

Heredity did not stop at birth.

Lady Stout referred to the white slave traffic, to cruelty to children, which darkened the annals of the courts, to the rescue and maternity homes, packed full of unmarried mothers, and to the asylums and the hospitals.

Would these exist, she asked, if man realised the duties of fatherhood?

•  At the meeting of the Otago Institute last night, Dr Benham made reference to the threatened extermination of fur seals around the New Zealand coast.

As everybody knew, said Dr Benham, seals used to inhabit the south-west sounds and the coasts of Stewart and Auckland Islands in the early part of last century, until they were practically killed out by the sealing parties from Australia and elsewhere.

Some years ago the Government issued an order of protection over the seals, and this protection was extended from year to year up till the present year, when it was removed or suspended.

Under this protection the seals, never very numerous and at any time a slow-breeding lot of animals, had gradually become a little more abundant, in spite of poaching on the outlying islands.

Now that the protection had been removed, sealing expeditions had started out, and they read of certain numbers of skins being brought away.

He thought it was the duty of a society such as theirs to take notice of those matters and do what it could to urge upon the Government or Minister in charge that the protection should be restored.

He suggested that they should pass a resolution on the subject, and ask the New Zealand Institute and other similar societies to co-operate with them.

The speaker then moved to the effect that the Minister of Customs should be written to, pointing out the position and asking that the protection on fur seals should be replaced.

Mr C. W. Chamberlain seconded the motion, saying that he did not think that the whole sealing trade of New Zealand would be worth 1000.

Unless the protection were extended indefinitely the seals would be exterminated altogether.