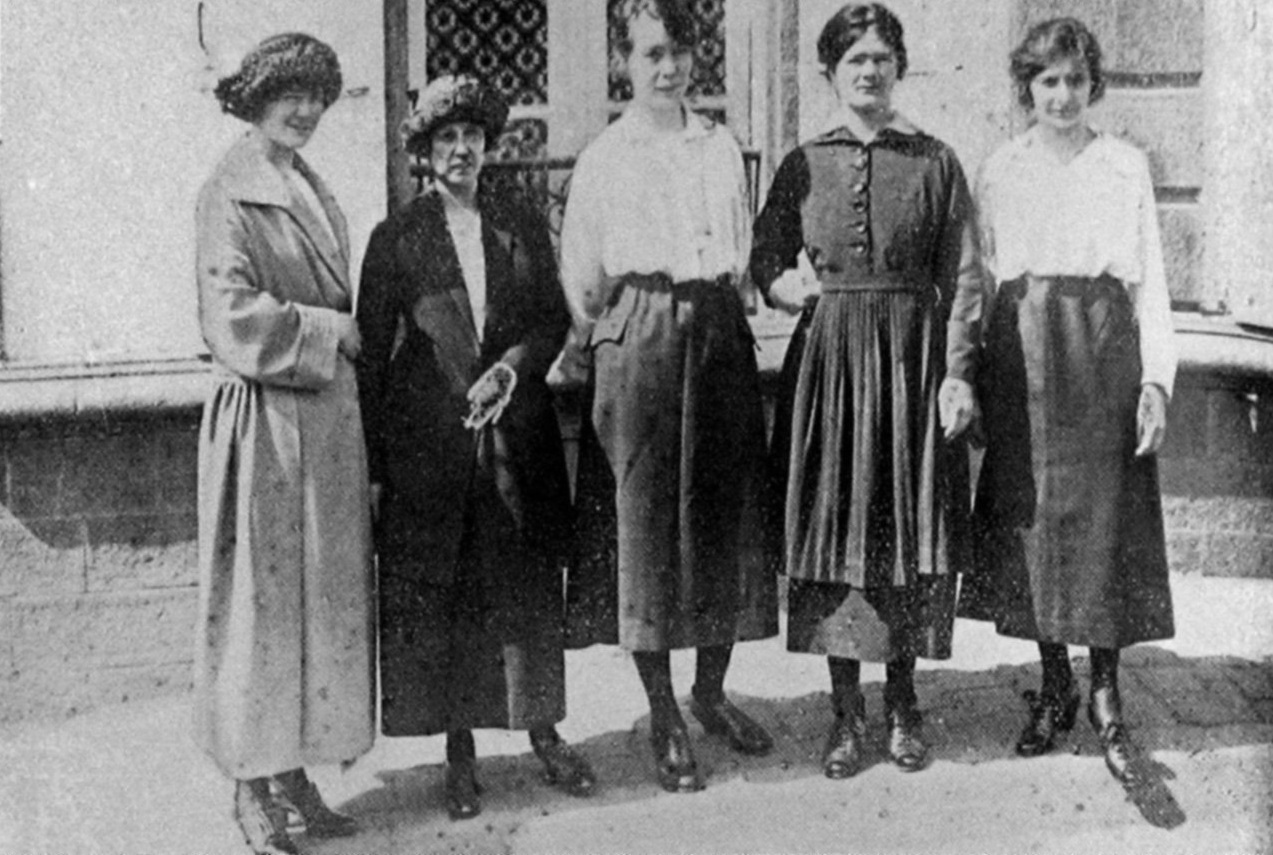 Nursing sisters on their way to India who were saved at the sinking of P&O ocean liner SS Egypt (from left) Mrs Lylle, Misses E. Henwood, E. Iddendon, G.H. Warner and J. Emott. — Otago Witness, 18.7.1922
The sinking of the Egypt, like all great disasters, called forth many examples of the "lovely virtue" that is courage and one of the brightest of them was that of Mr Arthur William Hardwick, one of the three wireless operators of the ship. Though not actually supposed to be on duty when the collision occurred this young man of 22 went at once to the wireless cabin and sent his assistant to help the ship’s officers on the boat deck, saying he would look after the wireless himself. In the cabin he remained, sending all the time the ship’s message of distress while confusion, and for some time panic, reigned around him. Before the last boat left the Egypt he was seen, still at his keyboard and prepared to stay there as long as the instrument would work.

But it’s so small

In spite of the weather yesterday afternoon, some 50 members and friends of the Women’s Christian Temperance Union gathered at the residence of Mrs Pile, Como street, Roslyn, to attend an "American tea" that had been planned in aid of the headquarters fund of the union. Each visitor brought a money contribution to the fund, and each told how she had made this money. One reported having earned her contribution by looking after her grandchildren, another by doing gardening and another by selling handkerchiefs. There was much ingenuity and variety in the methods employed, and the recital by members of their achievements in moneymaking for the good of the cause roused a great deal of merriment. Mrs A.S. Adams, from Christchurch, and Mrs Hiett, president of the union, both addressed the gathering, and recitations and musical items were contributed.

"A great fault of our primary school system is that we make no allowance for the individual. We are trying to fit the square peg into the round hole. And that is why a large percentage of our children never reach the Sixth Standard," said the Hon C.J. Parr, Minister of Education, speaking at Wellington the other night.

The second annual meeting of the Owaka Cow-testing Association was held at Owaka on August 2. The meeting was largely attended, Mr George Barr (president) being in the chair. Mr S. Bowman (Waitaki Dairy Company) congratulated the members of the association on the good work they were doing for the district in bringing about increased production in their dairy herds by cow-testing. He emphasised the necessity of dairy farmers taking more interest in the adequate feeding of their herds and realising the difference in the maintenance ration for a cow and the amount for production. — ODT, 5.8.1922