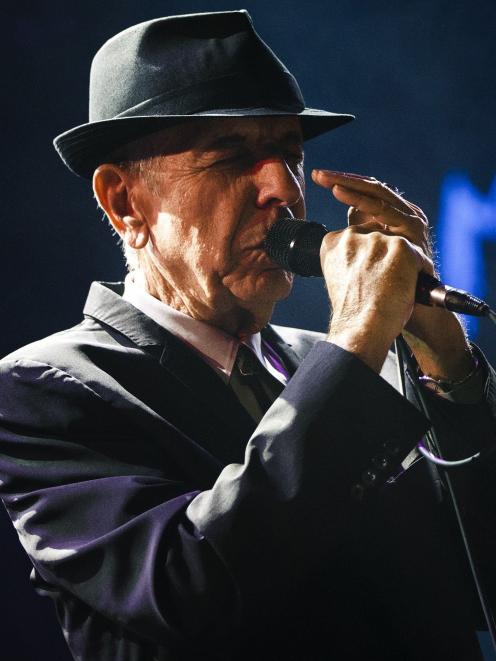 I am a fan of Leonard Cohen, so I was sad to hear of his death last month.  My family used to worry that I was slipping into a dark depression when I would listen to his melancholic melodies like Suzanne and  Bird on the Wire.  But his duets with Jennifer Warnes on the album Famous Blue Raincoat are far from depressing.  Joan Of Arc could almost be described as inspirational — almost!  Cohen, like Bob Dylan, was first a poet and second a singer.

Bob Dylan is a poet.  He actually had a good voice back in the ’60s but the decades since have done him no favours.  I was delighted when the Nobel decision-makers  recognised  his incredible gift in songwriting, awarding him the Nobel Prize for literature "for having created new poetic expressions within the great American song tradition".  His songs of the  ’60s: Masters of War, The Times They Are A-Changin’ and A Hard Rain’s A-Gonna Fall, really were prophetic, describing and predicting the changing face of Western culture;  changes which,  50 years on, have only accelerated.

Dylan has always been difficult to pin down in terms of his music style.  The acoustic folk of the mid-’60s gave way to electric rock, much to the dismay of the hippies.  But throughout the changes, "poet" is perhaps the best descriptor to apply to Bob. 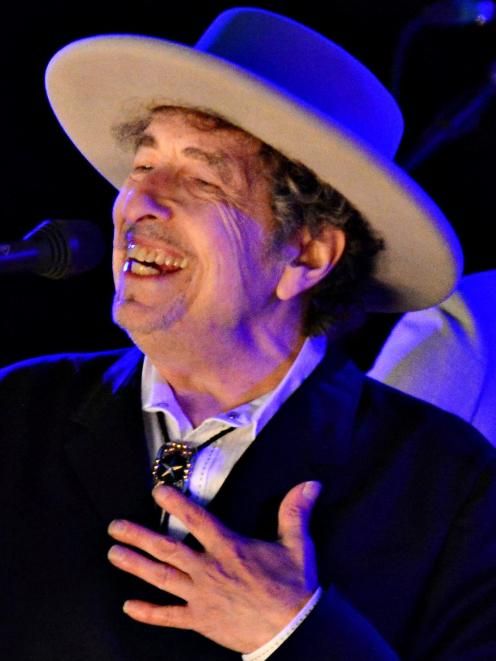 Bob Dylan.
One of the interesting transformations was his journey into Christianity.  At some point he came into contact with the "Jesus People" movement of Southern California and Chuck Smith at Calvary Chapel.  Thousands of hippies, finding the drug culture of the time less fulfilling than they hoped for, responded in faith to the offer of redemption in Jesus Christ.  Calvary Chapel offered these new young believers a radical acceptance just as they were and Bob Dylan was one who said "yes" to Jesus.

Much has been written about Dylan’s conversion to Christianity.  Was it just a phase?  Was it a marketing ploy to keep ahead of the fans?  Anyone who listened to an album he penned in the late  ’70s called Slow Train Coming, can doubt the authentic transformation that took place in Dylan.  At every concert during this time, Bob informed his audience of their desperate need to repent and turn to Christ to avoid the coming judgement of God.  This didn’t always go down that well with those who showed up to hear Blowin’ in the Wind.  Instead they heard: "You’ve gotta serve somebody. It might be the devil or it might be the Lord but you gotta serve somebody."

I am a Christian preacher, so the lyrics of songs are important to me.  One of my favourites of Dylan’s speaks about the end of time, called When He Returns.

Truth is an arrow and the gate is narrow that it passes through
He unleashed His power at an unknown hour that no one knew
How long can I listen to the lies of prejudice?
How long can I stay drunk on fear out in the wilderness?
Can I cast it aside, all this loyalty and this pride?
Will I ever learn that there’ll be no peace, that the war won’t cease
Until He returns?

Surrender your crown on this blood-stained ground, take off your mask
He sees your deeds, He knows your needs even before you ask
How long can you falsify and deny what is real?
How long can you hate yourself for the weakness you conceal?
Of every earthly plan that be known to man, He is unconcerned
He’s got plans of His own to set up His throne
When He returns

Poets have a way of speaking truth that we can hear.  The word images used can slip under our guard and expose us to a reality we had not conceived of or wanted to face.  Leonard Cohen’s songs tended to deal with the inward and relational journeys with themes of love and religion, death and human frailty.  Dylan was a poet more for the public stage, addressing the power brokers and politicians.  In different ways, both of these men spoke the truth. In the light of When He Returns, what does it mean for your earthly plans?

- The Ven Stuart Crosson is Vicar of St Matthew’s and Archdeacon of Dunedin.