Confession, not denial, the way to address wrongdoing 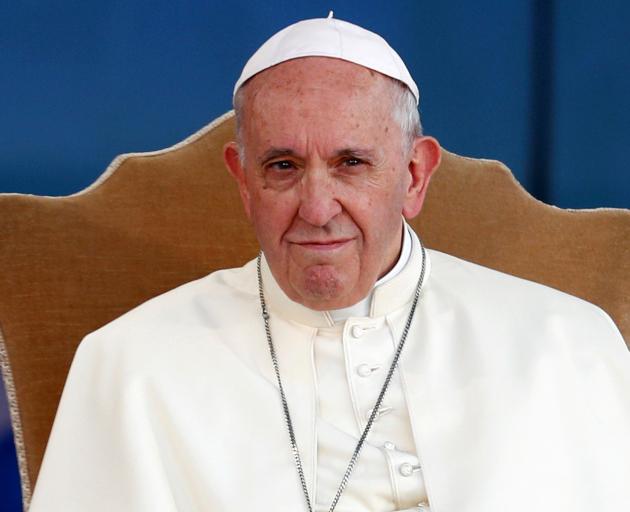 Pope Francis acknowledged that "the heart-wrenching pain of these victims... was long ignored, kept quiet or silenced". Photo: Reuters
"There is nothing hidden that will not be disclosed, and nothing concealed that will not be known and brought to light."

These words, from an ancient rabbi, have leapt to life in the #MeToo movement.

This has catalysed further revelations. Most obviously, the appalling, inexcusable abuse of children by clergy entrusted with their care, both internationally and here in Dunedin.

Pope Francis has admitted "we showed no care for the little ones; we abandoned them". Shock. Anger. Grief. Fury. All understandable.

I write as a father of three young children, and cannot bring myself to think about these matters in detail. It is too disturbing. I also write as a church pastor, someone entrusted with the spiritual nurture and care of many. I grieve over the abuse, and of the abuse of trust.

When Italian actress Asia Argento claimed she was sexually assaulted by Harvey Weinstein, she helped instigate the #MeToo movement. She too has now been accused of sexual assault.

One is left wondering, when does this end? How many more stones are still unturned? How many more actions to be disclosed? One of the few silver linings in this dark cloud is that evil is being brought to light, and the perpetrators, one hopes, will face some sort of justice.

Evil cannot be left unaddressed. Hopefully these disclosures will, in the end, be cathartic for the victims.

A current popular television show is the legal drama Suits. The lead character Mike Ross pretends to be a lawyer though he is not. Mike's manifest guilt then leads to his legal colleagues colluding in this fraud, resulting in endless manipulation and deception. Watching it can be most frustrating.

The show's popularity reveals that there is something in this behaviour that resonates with its global audience.

As a young boy I remember drawing on our family cat with felt pens. When accused by my parents I denied it. My denial wasn't thought-through; it was instinctive. That was the end of my short-lived artistic career.

But the truth is we don't want to feel shame or guilt, and so we cover up. Childish immaturity is understandable; adults should know better.

Writing in the Chicago Tribune of someone accused of abusive behaviour, Syler Thomas writes: the "decision to deny is an understandable one. It's a familiar one in my own heart in fact. I wish I could say that every time my shortcomings were uncovered that I confessed immediately. Our proclivity is to hide when we've been caught."

What I take from that is the potential for good and evil lies within each of us.

At the centre of the Christian faith is the crucifixion of the innocent one, the God-man Jesus. The cross of Jesus speaks of forgiveness. But first it speaks about guilt. The Christian claim is that all of us, every person, contributed to Jesus being nailed to the cross.

Jesus died for sinners, and "all have sinned and fallen short of the glory of God" says the Apostle Paul. Or as King David writes, from experience: "There is none without sin; not even one."

Before the cross there are no innocent parties. We all actualise our potential for wrongdoing in various ways. This is not to excuse the inexcusable. Rather, an illness cannot be healed unless it is first accurately diagnosed. As one scholar says: "Before Jesus can be followed and served, the sin in our lives has to be addressed."

The good news about the cross is that the last word is not guilt, or condemnation; it is forgiveness. But forgiveness does not mean that sinful behaviour, wrongdoing, is suddenly OK. It is not. Ever. As the Apostle Paul writes of Jesus-followers: "We have died to sin, how can we live in it any longer?"

The rabbi who said "there is nothing hidden that will not be disclosed" suggested another way to live. Jesus told his followers to live in such a way that they are as "innocent as doves". The word innocent here literally means unmixed, speaking of a purity of intentions.

This means living with nothing to hide. Therefore no deception or cover-up is required. This results in living without fear of being found out. An early church leader, John, described this as "living in the light".

This includes a way of life of confessing our failings to one another; the opposite of denying and covering up. For me this is only possible because I know that my worth and significance is not based on my performance, but is based on God's love for me shown in Jesus.

Those close to me know my failings. Confessing to those close to me, though uncomfortable, is actually freeing. Why? Because there is nothing to hide, no fear of being found out.

Living "as innocent as doves" remains a work in progress. But confession, rather than denial and covering up, is the way forward.