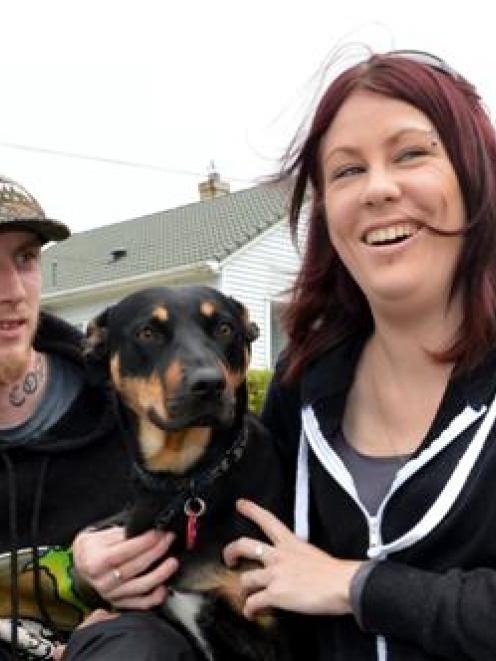 It was revealed by this paper last week that Housing NZ had tightened its policy on state tenants and dogs. Tenants will only be able to have dogs in ''exceptional circumstances''.

The new policy won't affect people who have animals that support them with disabilities, or for whom the dog provides therapeutic support. This is good news.

Instead it will affect those people who have a dog for the reason most people have pets: because they like them.

This will have consequences: one US study found that even for ''everyday'' people (people who do not face significant life stresses), pets provide many benefits.

Pet-owners were happier, healthier, and better adjusted than non pet-owners. They were more likely to experience feelings of belonging, self-esteem and a sense that life was meaningful.

They were better able to stave off feelings of rejection. Pet ownership is a path to independence, rather than the barrier described by Housing NZ.

Of course, many people cannot experience these benefits. People who don't like dogs, like me. People who live in apartments or other buildings not suitable for dogs.

Many private tenants live in homes whose owners do not allow pets. But private tenants, at least in theory, have the option of looking for a house that allows a dog.

Housing NZ is happy to help tenants move to the private rental sector if they are unable to meet their needs under the new policy regarding dogs.

In effect, Housing NZ is offering tenants a choice between keeping their pet, and moving to the private rental sector. Choose your home, or your pet.

For a new state tenant, who may have to choose between a state home and keeping a dog, the choice is difficult: a state house has advantages over a private rental, including the fact that it's more likely to be safe and warm.

When the idea of the stricter policy was first announced, Housing NZ said that disallowing most dogs would save the taxpayer money spent in staff time, in cleaning up the damage made by dogs, and in other costs that dogs incur such as vet bills.

Furthermore, the stigma of being a state tenant is a worldwide issue. We should be working on eliminating the things that make the children of state tenants feel or be perceived as different, rather than on creating them.

It is reasonable that state tenants should not have dogs on properties unsuitable for dogs. But dog ownership should not require exceptional circumstances.

In the words of Bob Kerridge of the SPCA: ''What they are doing is depriving families of the enjoyment of having an animal. Unless they were causing a problem I think that would be very unfair.''

As Housing NZ tenant Chanel Brogan, of Wakari, Dunedin, puts it: ''I'm a grown adult - I feel discriminated against.''

We should consider what it means for human rights when we decide that the poorest are not allowed to have what the rest of us can have.

• Elinor Chisholm is a PhD student at He Kainga Oranga, the Health and Housing Research Programme at the University of Otago, based in Wellington.