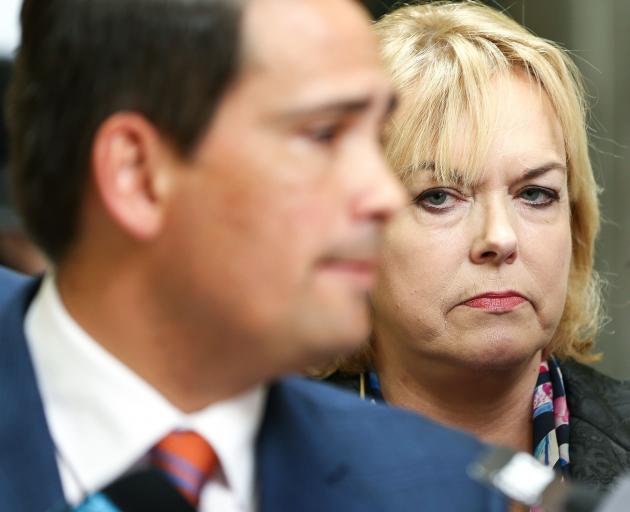 Judith Collins should have been focusing on Parliament rather than Simon Bridges. PHOTO: GETTY IMAGES
There is a long way to go yet, but I am convinced we could not do a worse job than our Parliament last week. 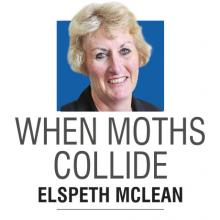 Maybe I am delusional.

After all, it has not always been easy to convince the Murchison-dwelling sisters of the need for proper processes.

Sometimes this has led to petulant outbursts or accusations of cheating in our annual A&P show competition.

When the most that is at stake is the kudos of a first prize placing in the baking, along with the $5 prizemoney and bragging rights, it is hard to find it anything other than hilarious.

Such fun is considerably removed from what might be expected of our political masters and mistresses.

Shame then on former National leader Judith Collins for propelling herself into the headlines when we really should have been paying attention to what was going on in Parliament.

After all these years in politics she does not get that it is not all about her.

If she was not blinded by her own warped sense of importance, she might have grasped, wearing her lawyer’s wig, that Parliament pushing through legislation under urgency to bring in the new Covid-19 management system complete with vaccination certificates should take precedence over plotting about Simon Bridges.

Her attempt to claim some sort of moral-high-ground #Metoo moment by cynical use of a situation involving boorish smutty remarks from Bridges five years ago to strip him of his portfolios was downright embarrassing.

It did nothing to serve the cause of abused women. Initially, Ms Collins gave the impression it was an ongoing much more serious issue, saying the party would not tolerate harassment and intimidation of any person.

Waitaki MP Jacqui Dean had been offended, and successfully sought an apology at the time, but it does not appear she has been harbouring a grudge all these years and wanted to relitigate the matter.

Those of us who have been banging on for some time for some genuine consultation around such important questions as the use of vaccination certificates/workplace mandates, including wider consideration of how far their reach should/needs to extend, the social and economic impact of the ‘‘them and us’’ scenario, and possible unintended consequences (including for children of the unvaccinated who have no say in their parents’ choices), do not buy the argument there has been no time for this.

Even Speaker Trevor Mallard took the unusual step last week of raising concerns about the indecent haste. He told the House the policy decisions, the drafting instructions or an exposure draft of the Bill could and should have been made public and preferably considered by a select committee, either through reference through the House or using committees’ inquiry functions. He pointed out that no MP requested inquiry functions of any of the three relevant select committees.

Not following even a truncated select committee process smacks of arrogance and downplays the significance of the legislation.

We should expect more of our MPs, whatever their stripes.

I am not sure what to expect of the Murchison duo. Their commitment to proper process is due to be tested next year, now that what would have been Murchison’s 102nd A&P show has been cancelled.

We are planning a home-based substitute event for the same day the show would have been held, Covid-19 willing. We will organise a similar challenge baking event - the one where we must all use the same recipe for some item, attempt it once only, and freeze it ready to be thawed for competition day.

So far, so much agreement. What is more difficult is deciding anything else. We have not found a suitable recipe. None of us (and we are expecting family competitors to be joined by several hangers-on) can have tried the particular recipe before.

Choosing a judge is difficult - any local we thought might succumb to bribery by cake/biscuits/pies or puddings has had to be ruled out.

Murchison’s closest thing to royalty, former local, long-serving Labour MP, and minister Annette King would have been ideal but we figured she’d be stuck in Australia doing her high commissioner thing there.

I suggested Judith Collins, mainly because she would have some spare time and might have transferrable skills relevant to poking skewers into baking. However, we all had misgivings about how she would relate to this year’s winner, aka the Christchurch Cheat (who, readers may remember, left out one of the ingredients), not because of any skulduggery, but because the CC has sometimes been mistaken for Jacinda Ardern.

Oh dear. Our select committee of three (the two Murchison sisters and me) have less than three months to sort this all out, and we know sitting under urgency cannot be an option. Any ideas, and prize money, welcome.

I agree with Ms McLean, Judith collins was the author of her own demise. If she had spent her time focussing on the Parliamentary process used by the govt to put the new vaccine/pandemic rules in place rather than her ego, especially when Speaker Mallard pointed out the issues, she may well have fared better in the leadership race. But unfortunately she stayed true to her nature, not being able to see past her own nose.
I’m not convinced that national’s new leader will fare much better. His first speech as leader was uninspiring, supported as he was by the apparently infatuated Ms Willis. It’s hard to see that he will be able to avoid the national party’s infatuation with intrigue and double dealing as he tries to drag a coherent team out of his unlikely band of malcontents.
I predict a further surge of increasing popularity for mr Seymour and the ACT party.