Have we lost the meaning of Labour Day? George Broad, of Palmerston, examines its beginnings and its strong links to Dunedin.

Just another day off? This is how many will see today. Of course there is nothing wrong with having a day off work on full pay to enjoy ourselves, though ironically not all in 2011 will get full pay since the erosion of working conditions under both main political parties in the past few decades in the name of the "free market". So we have reason to think a little more about the meaning of Labour Day. 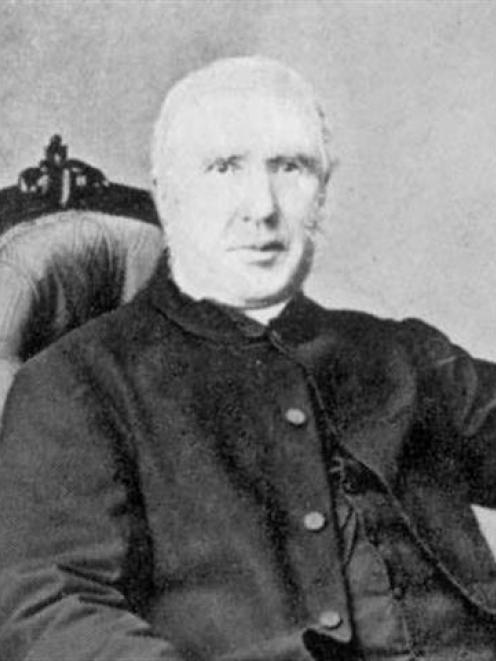 Thomas Burns
When Labour Day was first made a public holiday in 1899, almost all our population would have had a pretty clear idea of what was celebrated. Unions marched through the streets with their banners celebrating how we won the eight-hour day at the start of our history as a British colony, a colony with a social contract.

New Zealanders won the eight-hour working day in the 1840s, a generation ahead of most of the Western world, where 10- or 12-hour working days - or even longer - were the norm. This set the pattern for our "Jack's as good as his master" approach to life.

We became a colony in 1840 with the Treaty of Waitangi. A lesser-known treaty was unwritten, apart from Dunedin, but was probably more important in establishing our national character. This was the social contract between the haves and the have-nots, between the men of capital, the gentlemen settlers, and the workers, the assisted immigrants. 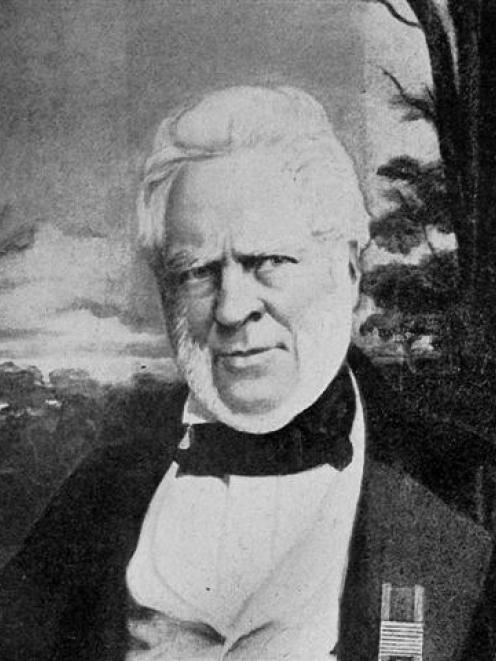 Captain Cargill
Dunedin's case is special, because there was a written contract made and signed before the first three ships sailed. It was intended to include the eight-hour working day, but this was not written-in when they realised that under British law it could not be enforced by the courts. However all knew it was the intention.

The battle for the eight-hour day summed up and symbolised what the immigrants had set out to a new world to win: a way of life where their Christian ideal that all were equal in the sight of God could be achieved. It was won in the first settlements by solidarity among the workers, with sympathy from some employers and implacable opposition from others.

Those early immigrants needed great courage to sail for three months or more to the ends of the Earth with hope in the promise of a life where workers could, through hard work, improve their position. They gained determination from the great Chartist movement that was sweeping through Britain at the time.

This movement for a more democratic life won few concessions in Britain until the Reform Act of 1867, but the solidarity they built in organising their petitions and demonstrations stayed in the hearts and minds of the migrants to the colonies.

OTAGO PIONEERS
Otago historian Dr T.M. Hocken claimed for Dunedin the honour of first recognition of the eight-hour day. It was originally a Free Church of Scotland settlement, a breakaway from the main Presbyterian Church in Scotland. Dr Hocken reported that in planning for the settlement, provision was made for building churches and schools, no Sunday labour and an eight-hour working day.

The Rev Thomas Burns, the first pastor of the settlement, had a ship's bell hung from a tree on Bell Hill overlooking the town, where First Church now stands. From here rang the start and end of the working day. Not all the promoters of the Otago Association were serious about the eight hours.

Captain Cargill certainly was not. In a speech in January 1849, he supported a 10-hour day. He said "Many of the labourers have come out here with an exaggerated belief that they were to have large wages and shorter hours of work, making them in reality mere drones."

Surveyors and their helpers working for the Otago Association were told to work nine and 10 hours a day. Agent of the association William Fox did not care when told the workers saw this as a breach of promise. Under instructions from Mr Fox, Captain Cargill and Mr Kettle, the surveyor posted a notice on the office door "that according to good old Scottish rule, 10 hours were to constitute a legal day's work".

A mass meeting was called by Sam Shaw, a painter and plumber, which condemned the breach of faith. They unanimously agreed the men should work eight hours only, and demand their full rates of pay under the terms and conditions on which Dunedin was founded. Shaw became a marked man, but he was supported by Arthur Burns, the pastor's son, and some of the more prosperous settlers who were hiring some of the labour sacked by the association.

English newcomer William Valpy had already bought extensive land. When he heard the case from Shaw, he said he would hire all the available labour at advanced wages and maintain the eight-hour day. So the arrival of an English capitalist in Otago saved the eight-hour system.

In the 1880s and '90s, large demonstrations were held celebrating the eight-hour day and the labour movement, and in 1899 the Liberal government, under "King Dick" Seddon, Labour Day was made a public holiday.

Today, many of our people have much better working conditions than in the 1840s, but most on low wages or who are unemployed have seen little or no progress in recent decades, while many on good pay no longer enjoy a working day of only eight hours. Our celebrations will have mixed feelings.