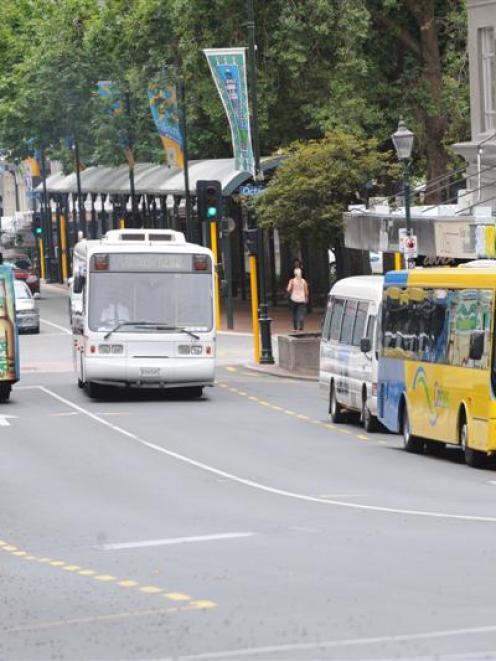 Or perhaps "fare's fair?" may be more appropriate.

Whatever words are chosen, one cannot disguise the fact that the Dunedin bus service is not enticing enough for a large number of Dunedin residents.

Some interesting, though not surprising, results have been laid bare in this article.

The ODT survey quoted in the article, as the reporter points out, may be lacking in its scientific veracity, but does have a common theme - dissatisfaction.

If the intention of the ORC and the bus companies is to entice these car commuters answering the survey into using the bus (and 28 out of 200 replies rather sums it up), then they face an uphill battle.

By the same token, the ORC survey of 595 passengers could be slightly skewed as well.

Asking passengers who use the service for their opinion will obviously return biased results of satisfaction.

The ORC's role is to make the bus system run efficiently and to let the community know what services are available.

It should also try to improve customer care and service quality.

Not too onerous, one would assume.

Dunedin Passenger Transport (DPT), a private company, is unwilling to spend money to attract new passengers to use its service because it would be financially worse off under the complexities of the tendering/contracting system.

If the result of DPT attracting more patronage is less subsidy to be paid by the regional council and, to quote the DPT director, "we lose that benefit and we just gift it to the ratepayer", then I'm slightly dumbfounded.

By implication this implies that the fewer people who use their service, the more subsidies the company gets! The bus service in Dunedin should be run by a body that puts the needs of the passenger first, not the needs of profit (by a private company), or the needs for minimum compliance with national guidelines (council).

There is no doubt that the ORC has begun to raise its game over the last few years, and the bus service is slowly going in the right direction.

However, the appalling format of the Go timetable booklet - just start and finish times - needs to be seriously reformatted to reflect times at each individual stop on each route.

For people to use a service they need to know when buses are expected to be at the nearest bus stop to where they live.

In its present set-up, the bus system is doomed to fail.

The high patronage figures for year 2008-09 were no doubt helped by the peak in oil prices, which forced people to take the bus, rather than their car, to work.

But the longer-term trend is downwards.

As petrol prices continue rise, more people in Dunedin will find alternative ways of getting around.

Buses, due to myriad reasons - mainly frequency and cost - will not be their first choice.

Perhaps the ORC, DPT and the DCC (Citibus is part of Dunedin City Holdings) - all involved in the bus service - could hold an open survey around Dunedin for a week to find out what as many people as possible really think about the bus service and then plan accordingly.

People could register their own feelings about the bus service; tell those who run the services what is good and what is bad about them; and what it would take to get them (the passengers) back on board.

The outcome may well be a new bus system.

If it is, then we should start the process of adapting to it quickly.

If that also involves the bus service being run solely by a council then that must be done.

Progress must be made and swiftly.

The question of oil availability and its cost, together with its emissive effects on the environment; the increasing economic effects on people and families; the social fabric of the city; the need for people to move around for both social and work matters - all these challenges are intricately linked with public transport.

Provide a new bus system based around people's actual requirements - it is a public transport system after all.

Do away with the subsidies paid to private bus operators; use those subsidies and the amounts already assigned by the ORC and DCC in their rates for public transport provision.

Public transport is a vital lifeline to the social and economic viability of a city.

It can be a well-used, popular, frequent, affordable and pleasant asset, or it can be a tired, worn-out, dysfunctional, unreliable asset that adds to the negativity of a city.

Which one would you prefer?

Phillip Cole is a resident of Dunedin.