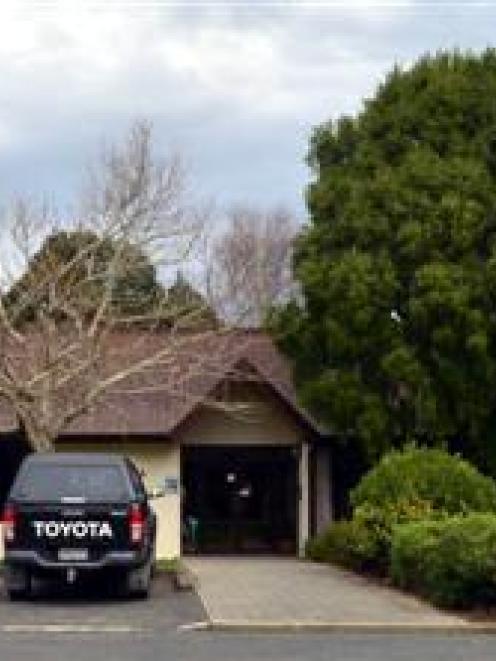 AgResearch Invermay Agricultural Centre, near Mosgiel. Photo by Peter McIntosh.
It is becoming increasingly difficult not to be sceptical about AgResearch's assurances that it has been open, honest and transparent at all times regarding its restructuring plans.

The Crown Research Institute has a core purpose ''to enhance the value, productivity and profitability of New Zealand's pastoral, agri-food and agri-technology sector value chains to contribute to economic growth and beneficial environmental and social outcomes for New Zealand''.

It has two campuses in the North Island, Ruakura, near Hamilton, and Grasslands, near Palmerston North, and two in the South Island, Lincoln, near Christchurch, and Invermay, near Mosgiel, where the research emphasis is on animal molecular biology (particularly genomics), deer, sheep, land management and biocontrol and biosecurity.

In July last year, the institute revealed its ''Future Footprint'' programme it said was necessary to improve facilities and science delivery - a $100 million plan to restructure and centralise its operation, which would involve moving about 80 Invermay jobs and 180 Ruakura jobs to Lincoln and Grasslands from 2016, to form larger agriculture innovation hubs.

Grasslands would focus on food, nutrition, animal health and forage, and Lincoln on farm systems and land use.

Invermay, which would retain about 30 staff, would focus on specific environmental and farm systems.

Since then, this newspaper has published many reports and opinions about the proposal.

Unsurprisingly, there has been much anger and opposition.

After all, local jobs are on the line, local collaborations and business relationships affected, and there are fears about the loss of expertise as surplus staff look elsewhere for work, and concerns about whether the industry will indeed be better supported by the proposed structure.

There is no doubt businesses must continually evolve in line with local, national and international conditions, trends, markets, requirements and projections in order to remain viable.

If there is a compelling case to make major changes to make a business model more efficient and relevant, job losses may be unavoidable.

But the issues from the beginning have been twofold: is AgResearch's business case as sound as the institute has portrayed it, and has the institute been open in its intentions and communication?

Given the revelations about the plan in the seven months since the announcement, there are many clearly struggling to answer in the affirmative.

In January, documents obtained by this newspaper under the Official Information Act containing communication between AgResearch chief executive Tom Richardson and University of Otago research and enterprise deputy vice-chancellor Prof Richard Blaikie showed two days after the announcement, the university had been ''surprised'' about ''the scale of the change, given [Dr Richardson's] previously announced commitment to your four campus locations''.

The documents showed the university was aware of a ''campus review'' by AgResearch, which declined to discuss its plans with the university, and that the university had received correspondence from the institute in April, which mentioned a $100 million investment programme, but made no mention of cuts at Invermay.

Leaked documents earlier obtained by this newspaper showed AgResearch's own change management team (while finding most planned changes fitted AgResearch's goals and should proceed) found, for scientific and commercial reasons, it made more sense to grow Invermay rather than shift the majority of its scientists to Lincoln.

AgResearch initially refused to provide this newspaper its full business case for restructuring, despite an Official Information Act request.

The release of the full business case last week showed there were some 60 pages covering the risks and worst-case scenarios that were not released in the initial 40-odd-page business case, which Dunedin Mayor Dave Cull claimed last week contained ''only the good bits''.

An earlier Business and Economic Research Ltd (Berl) report, commissioned by the Dunedin City Council and Otago Regional Council, into the originally released plan raised questions about the methods AgResearch used for its business case, including its failure to fully investigate other options, and was dismissed by Economic Development and Science and Innovation Minister Steven Joyce and Dr Richardson as being ''narrow'' and ''subjective'' - although Berl was unaware of the other 60 pages of the business case at that stage.

Civic leaders are rightly concerned about the implications of the proposal, and worried about whether the full story is being told.

AgResearch has consistently said it has been transparent and honest in its communications with staff and stakeholders throughout the process.

Dr Richardson says a meeting in Gore tomorrow will provide a good opportunity for him and others from the institute to ''bust the myths'' and ''correct misinformation'' about its plans.

It is to be hoped all information will be discussed at the meeting, as many feel that if the institute had been as transparent as it claims, there would not be any such problems with ''myths'' and ''misinformation''.

It is inexcusable such uncertainty should still exist over the proposal seven months on, even with another two years to go before changes are made.

Jobs and an industry depend on getting the decision right - and being honest about the options.