Cricket was the winner 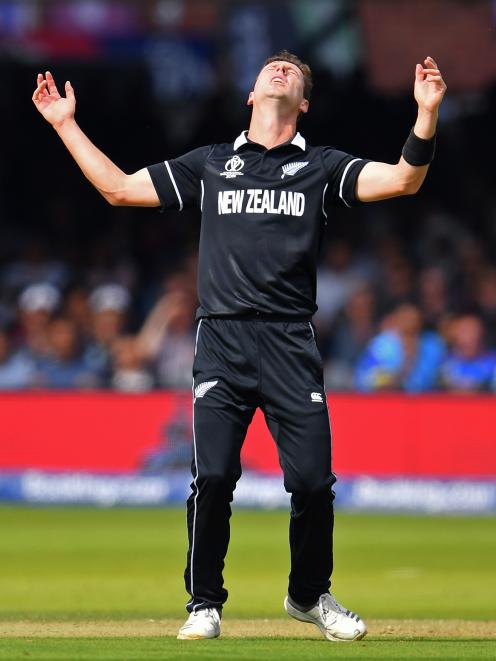 We learned, if we needed a reminder, that sport can be unimaginably cruel. There are, thankfully, few actual tragedies in the sporting world - outside the likes of the Hillsborough stadium disaster, the plane crashes that killed Marshall University gridiron players and the Zambian national football team, and the Munich Olympic attacks - but, in a metaphorical sense, what happened to the New Zealand men's cricket team was tragic.

Sport's ability to act as the "brutal mongrel black dog", in the words of Australian wordsmith Peter FitzSimons, was on full display at hallowed Lord's as the Black Caps did everything possible to complete a fairytale run to World Cup glory. They were pipped by several shots of bad luck, a sprinkling of obscure cricket laws, and a dose of Ben Stokes.

We learned more about two of those laws. And, without choking on sour grapes, we surely came to the consensus that when a throw from a fielder hits a diving opponent's bat, the ball should instantly be ruled dead, and that when scores are still tied after a "super over", there must be better
tiebreakers than the number of boundaries hit.

We learned there absolutely is a right time to lapse into hyperbole. This was the greatest game in the history of one-day cricket. A tied game, a tied super over, ebbs and flows - and all this in a World Cup final? In the previous 4191 one-dayers, an equivalent in terms of drama, high stakes and epic scale cannot be found.

We learned, in Kane Williamson, New Zealand possesses a batsman, captain and human being of uncommon grace, coolness, humility and talent. But perhaps we already knew that, and should not have been surprised at his performances over the past six weeks that earned him player of the tournament honours.

We learned this was a national sporting side greater than the sum of its parts, the mark of a champion team. Williamson, Ross Taylor and Trent Boult aside, the Black Caps are not stacked with world beaters. They fought and grafted to within a whisker of a world title, and from Jimmy Neesham to Matt Henry, they can stand tall.

We learned - or were re- minded - of the transformative power of free-to-air television to engender a sense of community during events of national significance. Having the final beamed into every New Zealand home helped unite a country, something at which sport has often excelled.

We learned reports of the death of 50-over cricket have been greatly exaggerated, and that this tournament - the semifinal and final, in particular - was a huge boost for the sport. Watch, now, to see if the Black Caps' wonderful run translates into a surge in interest in the sport, as boys and girls seek to emulate their heroes.

Finally, we learned it is possible to be incredibly proud of a beaten team. There is no shame in losing when you have, as they say, left everything on the park.

Bravo, Black Caps. You did us all proud.