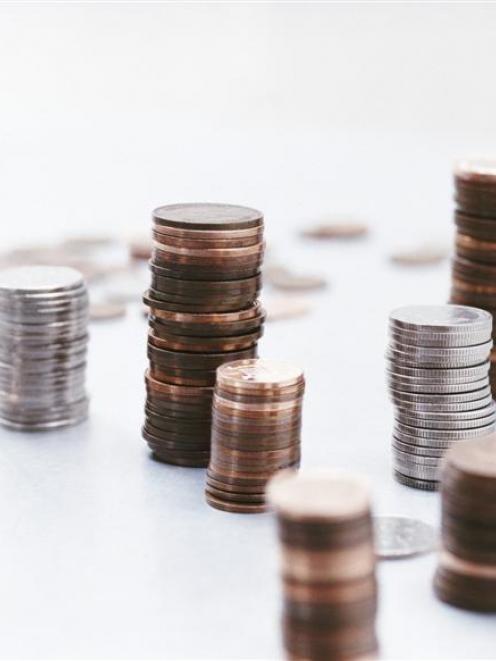 We live in alarming financial times, as sharemarkets bump their way to new lows and the New Zealand dollar lurches downwards (with the notable exception against the Australian dollar).

Nobody knows what comes next and the good times, at the very least for now, have stopped rolling.

On current trajectories, the impact will be felt far and wide, with unemployment rising and standards of living falling. More businesses are likely to fail or downsize. Many are already considering cost-cutting options. This is what faces not just our Government, but also our civic leadership.

How are our elected councillors and our council bureaucracies going to react? What leadership will they provide as they respond to the growing crisis? Conventional wisdom dictates that governments reject the retrenchment that marked the Depression of the 1930s, and which is widely blamed for the length and depth of that local and international disaster.

Now is the time that governments need to be willing to spend so a vicious downward spiral of falling economic activity is slowed.

Now is the time to be thankful that the Labour Government put money away for a rainy day and reduced Government debt - but while regretting that Labour also presided over the steady undermining of New Zealand's competitiveness, as well as colossal increases in spending and tax during the past nine years.

Growth built largely on household debt was always going to be unsustainable. Looking forward, while additional spending means adding to Government debt, that is the best policy in seriously recessionary times.

It is just a shame that much of the promised money will go on election sweeteners rather than on infrastructure and economic capacity.

Local councils are placed differently because many ratepayers will be under increased financial pressure just to pay the rates. Both rates and council debts have, in most places, galloped ahead of inflation for all sorts of reasons, a trend which cannot keep going. In Otago, the Dunedin City Council's predicament is particularly stark, with an avalanche of increased debt weighing down on the city's future and - through mounting debt servicing costs - also on present ratepayers.

The city's finance head, Athol Stephens, has prudently warned that, in the face of volatility, major city projects may need to be reconsidered. Tellingly, these comments were made before the jolt he must have received when he ran into problems last week with a 90-day debt-repayment agreement.

The city is due to borrow $92.8 million this financial year, for the stadium, the West Taieri and northern water schemes, the Tahuna wastewater scheme, and the Otago Settlers Museum.

The chairman of the council's finance and strategy committee, Richard Walls, for his part, has flagged the possibility of deferring some major projects. Councils around the country are warning of spending cutbacks and deferrals.

Unless the outlook in the United States and Europe - and by proxy the rest of the world - turns around soon, Dunedin's mayor, councillors and senior executives urgently have to reprioritise capital spending, as well as thoroughly examine costs across all council departments.

It becomes a case of not what is desirable, but what is absolutely necessary. Priority has to be given to the basics, including fundamental infrastructure such as water and sewerage and the essential maintenance of roads so that more costly repairs are not required later.

As Dunedin's debts soar - and they will even after chopping and pruning - the city should look to some of the region's smaller councils for how to act carefully to be in a stronger position to tackle the bad times.

Central Otago, Clutha and Waitaki all approach the downturn with relatively little current or looming debt.

As Dunedin's debt grows, it also faces a credit rating downgrade, albeit small, which means the interest rate it has to pay on debts will rise. At the same time, income from the council-owned companies - which are used to subsidise rates - can be expected to decrease because they will not be immune from recession.

Dunedin has no realistic choice other than to cut its cloth to match its current circumstances.