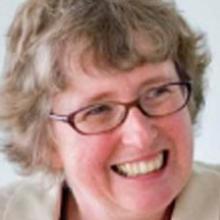 Lyn Provost.
Auditor-general Lyn Provost’s  long-awaited report over the Saudi sheep deal has not shed much light on the activities of Foreign Minister Murray McCully. And that is suspicious in itself.

Ms Provost found the Government did not do anything wrong but she found fault with the way it went about putting $11.5 million into a desert sheep farm owned by wealth Saudi Arabian businessman Hmood Al Ali Al Khalaf. Public money was spent within the necessary financial approvals and Ms Provost found no evidence arrangements entered into were corrupt.

That said, the Auditor-general wrote she shared many New  Zealanders’ concerns about the arrangements. Her concerns include the deal’s benefits to New Zealand being unclear in the paper put to Cabinet by Mr McCully. It is not clear how the Government settled on the amounts to pay Mr Al Khalaf. Another concern is while Cabinet was told by Mr McCully Mr Al Khalaf could sue the Government for up to $30 million, there was no assessment by officials on the substance of the legal risk.

Speaking even before the release of the report, Prime Minister John Key expressed complete confidence in Mr McCully and said he remained "extremely confident" the Government acted in a way that was totally appropriate.

November is an important month for Mr Key. It is 10 years this month since he became National Party leader and eight years since he was first elected as Prime Minister. Mr Key has not shown as much loyalty over the years to other MPs, who have had mainly minor transgressions, as he has done from Mr McCully who comes from a completely different era in politics.

Mr McCully first entered Parliament in 1987 and served in a variety of portfolios between 1990 and 1999. He was regarded as one of National’s chief strategists.

This latest furore over the Saudi sheep deal does not sit well and the public quite rightly can feel hard done by that its money was spent on using a private individual’s business interests to resolve a diplomatic issue between governments. When public funds are involved, transparency is paramount.

Ms Provost says there has been no formal assessment on the benefits to New Zealand of proceeding with the partnership. There is no looking back on the project and accurately placing a value on what New Zealand gained for the money spent. For his part, Mr McCully says the report states categorically there is no evidence of bribery, corruption or facilitation payments, as claimed by Opposition parties. The Foreign Minister urges all those with an interest in the matter to read the report. However, it is not likely many New Zealanders will take up his offer, despite more than 10,000 people signing a petition calling for an inquiry by Ms Provost.

Predictably, the Opposition parties have called for Mr McCully to stand down, something he will not be forced to do by Mr Key or anyone else. Labour and the Greens are failing to make an impact outside of Parliament’s debating chamber, where even there, they have their questions brushed aside by the Government.

While Mr McCully is not guilty of corruption, there is an ethical dilemma Mr Key must face around whether he is completely happy with  taxpayers’ money being used to try to move a free trade agreement along. How comfortable is Mr Key learning 75% of the lambs born at the Saudi farm died because of factors including vaccination timing, housing conditions,  handling and weather events?

There have been serious shortcomings identified in the report which are unlikely to ever be answered by a Government determined to sweep aside any perceived wrongdoing by its ministers.

No-one is being held to account for the Saudi deal and that is the real travesty.