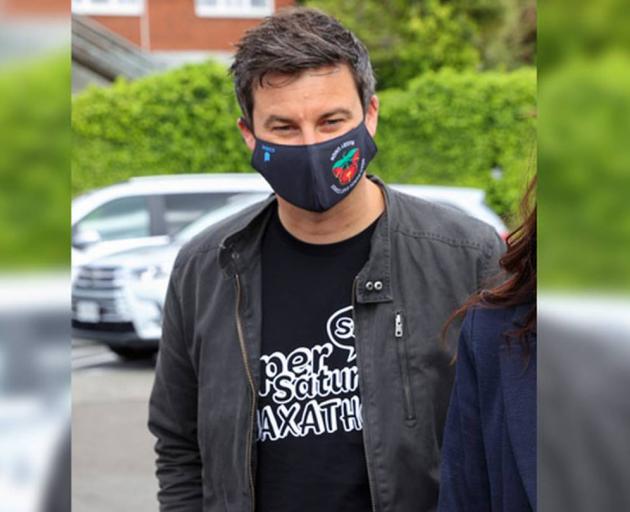 The Prime Minister's fiancee Clarke Gayford allegedly tried to help a friend get a rapid Covid test, against health advice. Photo: Getty Images
Being a political spouse in New Zealand used to be clearcut.

Basically, you would be seen on important public occasions but unlikely to be heard unless it was with your adoring partner in a warm and fuzzy interview with the local newspaper, television, or a women’s magazine. You might be asked to provide a favourite recipe for a community cookbook, and you might have some sort of informal electorate role. Controversial public statements would not be part of your brief.

There have been exceptions to this. Former prime minister David Lange’s first wife, Naomi, famously spoke out to a Sunday newspaper shortly after the end of her marriage had been announced in 1989, naming the other woman, his speech writer Margaret Pope, who he would go on to marry.

Whether she would have been vilified or praised online for this (along with his mother who was also critical) we will never know because there was no such beast as social media then.

Naomi might have enjoyed having a crack at those who criticised her dress sense and her alleged fondness for the cardigan. Far too much has been said for far too long about the clothing of women associated with politics.

A decade later, Burton Shipley would not have been impressed at a woman television columnist’s cruel, if clever, description of PM Jenny’s evening attire when she was the first woman to chair the Asia-Pacific Economic Cooperation forum (Apec).

In a recent radio interview, he said he found it difficult when he saw some things written and said about his wife and he would think ‘‘I don’t know who they’re writing about — this isn’t the person I know’’. Other spouses would likely share this view.

In the case of both Labour’s women prime ministers, scurrilous rumours have been spread about their partners, to the extent, in the case of Clarke Gayford, the police issued a statement saying there was no truth to the gossip.

Mr Gayford, soon to be Jacinda Ardern’s husband, is in a different mould from earlier spouses. As a media personality, he has a strong social media presence, and in common with many caught up in the instant nature of online communication, sometimes he strays into topics he might be better to avoid.

There is, of course, nothing to stop him airing his opinion about anything, but when he might be seen to be defending the Prime Minister or the Government, or criticising her critics, it runs the risk of demeaning rather than enhancing Ms Ardern’s position. Sometimes saying nothing is the most powerful statement.

The Prime Minister has chosen to keep mum about last week’s kerfuffle involving her partner supposedly giving unwanted and erroneous advice to a pharmacist about who qualifies for rapid antigen testing (Rat).

Mr Gayford’s management has apologised for confusion caused but fallen short of giving an account of his side of the story. Was he trying to throw his weight around as the fiancé of the PM, was he having Ashley Bloomfield delusions, or was he illustrating how confused some people are about who is eligible for a publicly funded Rat?

Whatever the situation, hopefully it has been a reminder to Mr Gayford about how careful he needs to be if he is not to embarrass the PM. 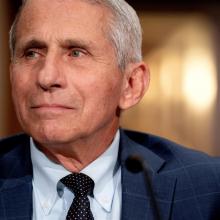 Dr Anthony Fauci
And another thing . . .

One public faux pas which may have had many chuckling, came last week from the endlessly courteous and seemingly unflappable top public health adviser in the United States Dr Anthony Fauci.

Subjected to a nonsensical grilling from a senator about why his finances have not been disclosed when that information is readily available under the Freedom of Information Act, Dr Fauci’s microphone picked up him calling the senator a moron after the exchange had officially ended.

Not exactly a gentlemanly retort, but completely understandable from Dr Fauci whose patience about all manner of disinformation has been mind-boggling.