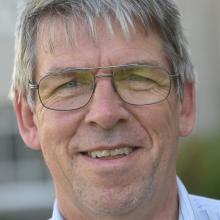 In terms of an apology, it probably offers little comfort. However, for 23 southern patients, deemed "serious adverse events cases", it is at least an acknowledgement of culpability after years of waiting, uncertainty, frustration, pain and anguish.

The Southern District Health Board issued the apology this week to the patients considered to be the most seriously affected by ophthalmology department delays at Invercargill and Dunedin hospitals. It also apologised to the public for letting them down regarding the quality of the service provided.

SDHB chief medical officer Dr Nigel Millar expressed regret and admitted there had been a total failure to manage the service.

The apology came as an external review of the board’s ophthalmology services was released. It found the departments lacked the capacity to deal with patient numbers and  significant financial constraints were part of the wider picture. It made several recommendations for change, including ensuring each department had a dedicated manager or co-ordinator.

The issue made headlines last year, when this newspaper reported patients were going partially blind while they waited for SDHB appointments.

Thirty affected patients had been identified in the 2015-16 year, and four patients identified in an adverse events report the previous year. Six of the 30 newly identified had suffered "severe" loss of sight.

Problems with the service in Southland had been identified previously under the SDHB (before members were sacked and replaced by a commissioner) and resources supposedly  allocated there. However, the situation worsened, and problems surfaced in Dunedin, too.

"Be patient"  was the advice from the board, yet some patients only received appointments after they or their GPs complained about the lengthy wait. Others were still languishing. The problem was so severe last year the board was prepared for more cases of harm to emerge and had notified more than 4600 patients they had been identified as being overdue for appointments.

It transpired other DHBs were facing similar backlogs.

It is pleasing progress is being made — albeit slowly. The number of patients overdue for a follow-up appointment has reportedly reduced to more than 3400. If new criteria for calculating when a patient is overdue (as recommended by the reviewers) is taken into account, the figure is estimated to be 2000.

That is still a lot of people waiting, wondering, and worrying about the state of their vision, however. Hopefully they will not have to "be patient" for much longer. The aim is to have the number reduced to zero by September. This is welcome, but is it achievable? Apparently more staff are being hired, and Dr Millar has even said partnerships with private ophthalmologists are being eyed. It seems the future of healthcare, like conservation, is in public private partnerships.

The SDHB is fortunate some of those worst affected  — like Southlander Koby Brown, who had juvenile glaucoma and lost the sight in one eye while waiting for an appointment  — have been so pragmatic and are willing to move on.

Southerners have every right to be angry, though. Their elected health board was sacked by the Government,  because of its supposedly poor performance.

Previous under-resourcing and a change in treatment methods

may have played a part but the majority of these failings come under the commissioners’ watch.

Health, and lives, have been severely compromised. Patients’ sight cannot be restored, but public confidence must be. It is essential the departments are resourced adequately so they can meet the September target and then keep on top of the problem.

Dr Millar says one of the "important learnings" (that bureaucratic phrase also beloved by former prime minister John Key) to have emerged was the importance of "responding to problems as they arise".

If that has only just been identified, it seems the most pressing need is for the commissioners to take this message on board themselves and relay it to every manager in every hospital department.