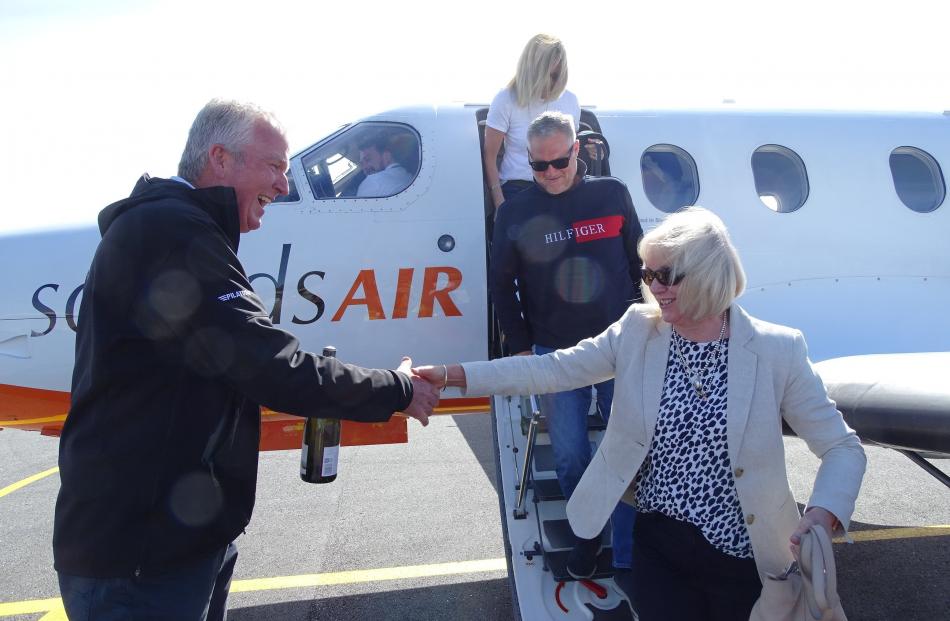 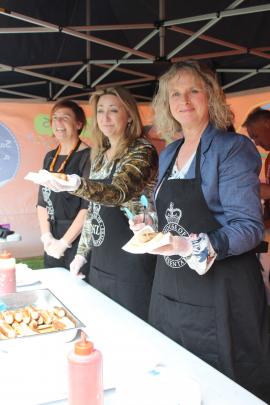 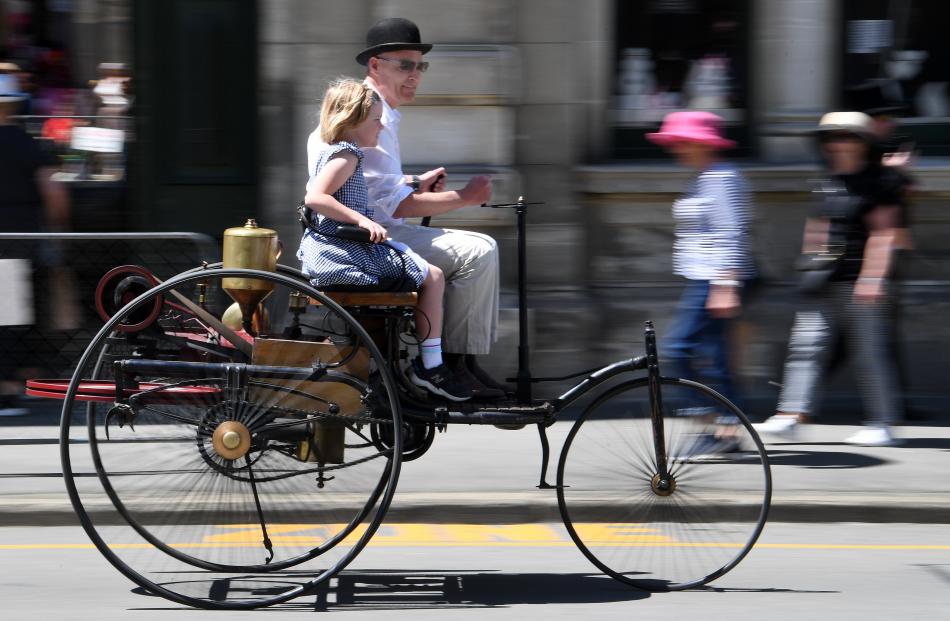 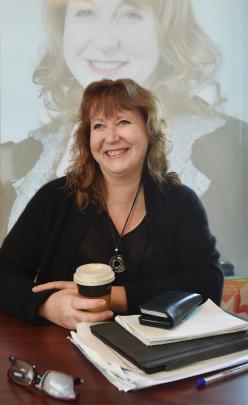 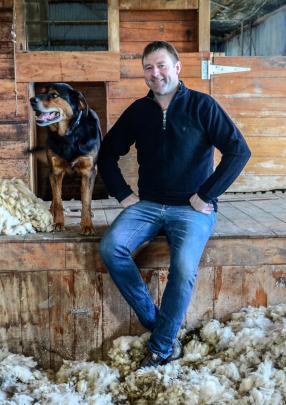 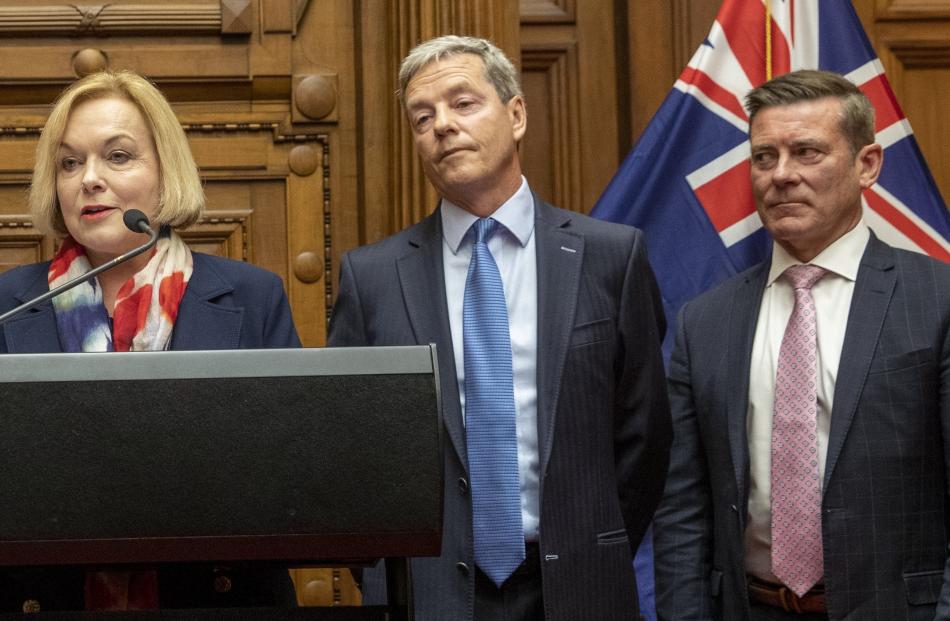 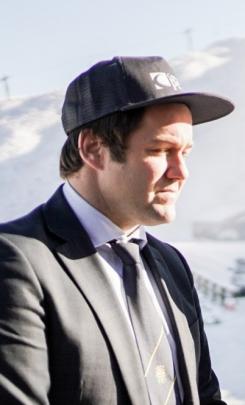 Back in 2010, to mark its 50th anniversary and to shake up its cast, Coronation Street’s writers scripted an explosion and tram crash which took out two prominent characters.

No-one could dream up the script for 2020, but Southern Say has experienced a similar dramatic turnover in its ensemble of local MPs, bidding farewell to four of our representatives in an extraordinary, tumultuous year.

Clare Curran and Sarah Dowie retired from politics, Hamish Walker was given little choice by his party but to retire from politics, and Mark Patterson was forcibly retired by the voters after New Zealand First failed to reach the 5% threshold in the October election.

With senior MPs David Clark and Michael Woodhouse also having experienced high-profile travails, if there was a contest for southern politician of the year it would be a three horse race by default — through simply keeping mostly out of trouble, Jacqui Dean, Rino Tirikatene and Liz Craig had a stellar 12 months compared with their colleagues.

Of the four departing MPs, their time in the House was not time wasted.

Ms Curran can look at the Provincial Growth Fund funding received by Hillside as a mark of achievement during her time as Dunedin South MP, and Ms Dowie was at the vanguard of important Invercargill fights such as vocational training reform and the future of Tiwai Point.

Mr Walker, too, was an enthusiastic local MP before a naive mistake saw him throw it all away, and Mr Patterson was a solid, sensible and hardworking New Zealand First list MP who chalked up more wins than a first-term backbencher usually manages.

Covid-19 was obviously the story of the year, not just the political story, but the extraordinary result in the general election runs it a close second.

With its landslide victory Labour enters its second term in government, where its unprecedented outright majority means it has no-one to blame for its failings but itself — no mater how hard it pushes the "nine years of neglect" argument.

The Green Party once more faces a relevance question: for the past three years it was asked whether it had influenced government policy too much or not enough, and with its two ministerial positions outside Cabinet it will face the same dilemma again.

National is in ruins, and now faces the tough task of reclaiming the votes it lost to Labour and Act New Zealand ... neither of whom will be at all inclined to surrender them.

And, in a final political twist for the year, special votes endowed Parliament with not one but two potae-wearing Maori Party MPs who have already proven a feisty addition to the House.

For all that 2020 was a hot mess of a year, 2021 looks like being a fascinating one from a southern political perspective.

This year’s comeback of the year award winner, David Clark, is back in Cabinet following his short stint on the sidelines for breaching Covid-19 lockdown regulations, and has some hefty portfolios in which to redeem his reputation.

Running Dr Clark close in the "back from the dead" stakes is Michael Woodhouse, who was in the outhouse pre-election for his peripheral role in the Walker affair but post-election was back near the top roost in the hen house, with the prized finance spokesmanship.

Rino Tirikatene was promoted to Parliamentary undersecretary, and Liz Craig and Jacqui Dean also have new jobs which will admirably suit their talents, chairing the health select committee and Parliament itself as assistant Speaker respectively.

Add in the region’s four new MPs — Rachel Brooking, Ingrid Leary, Joseph Mooney and Penny Simmonds — all trying to make a name for themselves, there will be more than enough politics to go around for everyone.

Own goal of the year

Basil Walker, who resigned as Act New Zealand’s candidate in Southland to stand as an independent in Invercargill.

Act got more than 5000 party votes in Southland, Mr Walker got 187 candidate votes in Invercargill.

A contact of Mr Woodhouse’s saw a homeless person slip into a managed isolation facility.

No-one else saw that stray, then or since, so glasses all round.

Dr Clark, who twice failed to ascertain the extent of his Covid-19 bubble.

In May 30’s column, Southern Say noted Hamish Walker’s rapid promotion and his promising future... six weeks later his career was over, sadly and quite needlessly, after the disclosure of confidential Covid-19 patient information.

"You won’t have me to kick around any more" award

Clare Curran, for her blistering valedictory speech which took aim at colleagues, contemporaries, correspondents and many more targets besides. Commendation to Sarah Dowie, whose forthright challenge to parliamentarians to mend their ways should not be quickly forgotten.

Quote of the year

"I did note there’s a wide and quite eclectic mix of charities in these Auckland amenities: the Auckland Philharmonia Orchestra, WaterSafe Auckland, Surf Life Saving Northern Region, and something called the Stardome, which I’m not familiar with.

"We don’t have a Stardome in Lawrence; nor do we have a surf life-saving club or a philharmonic orchestra. We do have a pub, though, so all is not lost."

With that, we can all have a well-earned drink.

■ Southern Say will return on January 22.