Prime Minister Jacinda Ardern. Photo: Getty Images
The Covid crisis has been the making of some leaders.

Among the organisations I work with, I have seen the best leaders turn this crisis into an opportunity to demonstrate how much their people matter to them. One example was a leader of a medium-sized business who, during lockdown, surprised all their people with a gift package on their doorstep and then arranged a company-wide social celebration by Zoom.

Apparently even the most technologically challenged managed to join the event, motivated by the generosity of their leader.

At a recent workshop I ran, a woman told me that, during lockdown, her manager texted her every morning to see how she was doing, something this manager did for all their people.

The woman expressed to me how much it meant to her and how cared for and valued it made her feel. I could see the gratitude and loyalty for her leader that this simple act had created.

In both these instances, our leaders knew just what was needed to make their staff feel cared for and appreciated. They were emotionally in tune with what their people were going through, and what would help.

Leaders’ influence on the emotional state of their team can fall anywhere from flatly instructing the team to “get on with it and stop complaining” to cheerfully telling them that they are all simply wonderful.

While the former inspires no-one, the latter can have a similar effect, if it is not supported with comparable actions. When leaders are out of touch with their team — unable or unwilling to see that their people are frustrated, worried or otherwise unhappy — any positive and upbeat messages only serve to create more dissonance between themselves and their team.

"Dissonance" can be defined as a lack of harmony among musical notes, people or things. By contrast, "resonance" is the prolonging of sound by reflection, or the synchronous vibration of a nearby object. Resonant leadership is the emotionally intelligent leader seeing their team’s frustration or anger (and of course positive feelings too) and empathising, reflecting and expressing these feelings for the group. A synchronous vibration of the team’s energy, if you like.

So if we need to understand, reflect and express our team’s emotional state in order to be an effective, resonant leader, what do we do when our team is clearly feeling down, negative, upset or unmotivated?

If being cheery and positive is going to create dissonance, then doesn’t that mean a resonant leader would get alongside their team to whinge and complain with them?

How should a leader solve this quandary?

As with many things about leadership, the situation requires you to walk a fine line and find a precarious balance; in order to practise resonance, you do need to listen, empathise and acknowledge the prevailing emotional state of your team. Some phrases you might use here are:

“I can see that you/the team are feeling a bit down today.”

“People seem a bit off at the moment.”

“I know that a lot of you are upset and angered by X.”

“I’ve noticed we’re not as positive as we usually are.”

If you know the cause of the negative emotional state, or once you discover it, you can empathise with your team.

“I can understand how that would leave you feeling undervalued ..."

“I can see why this has been hard for you.”

In taking these steps, you have “dipped your toe” into the emotional waters of our team. What you can’t afford to do, however, is jump into the pond and wallow around in the mud with them. This can be tempting, because you want to stay connected to your team and retain their loyalty, but it simply makes the problem worse by giving them your blessing to remain in their negative state.

Having dipped our toe in, we now need to use our strength, skills and emotional intelligence as a leader, as well as support from around and above us, to lift our team out of their negative state into a positive and productive one.

We can do this by helping them to reframe the situation positively or to problem-solve, by discussing avenues to provide feedback on their frustrations or concerns, helping them to re-focus on the team’s purpose and to look towards the future. And by modelling a positive, purposeful attitude.

Positively reframing a situation does not mean ignoring or denying the negative aspects. It means acknowledging them but choosing to find positive outcomes also, and to focus our energy on them.

Last year, I missed out on a big contract in Invercargill, which would have provided work for me and my team for months. It was hugely disappointing, as we had put countless hours into the proposal.

After an initial period of feeling pretty glum, I was able to reframe the outcome and focus on the positives: I would not be spending many unproductive hours in the car travelling, and I would have time to develop some new programmes that had long been in the pipeline and also expand our Dunedin client base. These latter two things would just not have been possible if we’d been successful in our pitch because it would have consumed all our time and energy for six months.

An emotionally intelligent leader is able to help their team to positively reframe difficult situations while still empathising with the disappointment, frustration or anger the team is experiencing. A dissonant leader is disconnected from their team — their team says they are “on another planet”, “in la-la land”, or “in their own little world".

When a team feels like their leader just “gets” them, it means they are on the right track as an emotionally connected, resonant leader.

- Sarah Cross is the director of Kakapo Consulting. 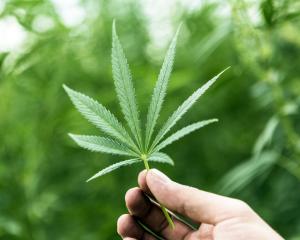