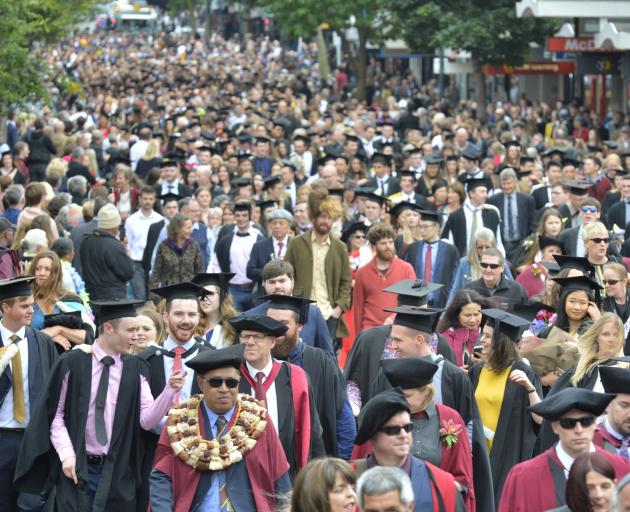 With the new academic year almost upon us it would seem opportune to address one hot political issue, which could have long-term consequences for the tertiary education sector - the Government's fees-free policy.

Arguments against it have two particular strands; the broad ideology of the market, which theoretically determines behaviour, and the political assertion that it's a "bribe", a naked attempt to buy student votes.

Commodification is divisive in two respects; it encourages obvious social division because it favours those with resources, and distorts the notion of education itself, subordinating it in practice to other priorities.

One of the principal purposes of a fees-free policy is to escape the constraints of commodification and to allow tertiary institutions to make decisions on academic and educational rather than financial and business criteria. If the managers of universities in particular have not yet caught up with this new focus, it is, hopefully, because the Government has not yet had time to address the governance of these institutions. They really do function better with representative councils than with Stephen Joyce's boards of directors.

There are a number of more specific points to address. Firstly, the policy has failed because there was no overall increase in students last year. That, however, is not its primary purpose and given the economy and low unemployment, it is hardly surprising. Even a school leaver might notice that a free education doesn't pay you a wage, whatever advantages it might give you in later years.

Secondly, it's the middle-class welfare argument, with "European" students the principal beneficiaries. True so far, but fees are far from the only reason there is a low take-up among Maori, Pasifika, etc, and their abolition would surely remove one significant obstacle to an improvement in these numbers.

Then there is the question of student debt. In Britain and the United States, where fees are considerable, serious questions are raised about the social and moral consequences of often crippling debt, for both individuals and the wider society. It might also be a fair question to ask why 11 European countries (not counting Scotland) have no fees for domestic students and only four (Denmark, Finland, Slovenia and Sweden) have much more than nominal fees for non-domestic students.

My view is that social pay-back for subsequent higher incomes should be reflected in a progressive tax system. And squeals of "it's not fair on high earners who don't have degrees" don't work; they rely on the services of qualified professionals, from teachers to surgeons, to plumbers and mechanics, just like the rest of us.

Next we get to the notion that "students need skin in the game". This, apparently, encourages them to value their courses and not to put up with "second-rate teaching or programmes". It doesn't work like that. There is the same, sometimes fierce competitiveness among some students and slackness among others that there has always been. The real danger with the skin in the game argument is that students can come to regard a qualification as something they have bought and paid for rather than something they have to earn.

One of the interesting things about being a student is that, usually, you are still learning whatever it is and not in much of a position to make judgements about quality. Standards are maintained, not by students, but by vigilant peer review and competent administration. There are some who might argue that the current, expensive undergraduate degree is a lesser creature than its almost free ancestor. Or do we equate quality with cost?

Finally we come to the casual descriptor, the Government "bribe". Really? How do you decide when any particular item of public expenditure is a "bribe"? Perhaps the new Dunedin Hospital is really a bribe to keep the town in Labour hands? Is all expenditure that might prove popular with voters a bribe? If the Government has failed in respect of the fees policy, it is in not articulating it well enough.

- Dr Harry Love is an honorary fellow in the classics department at the University of Otago.