Hang on, that's our money 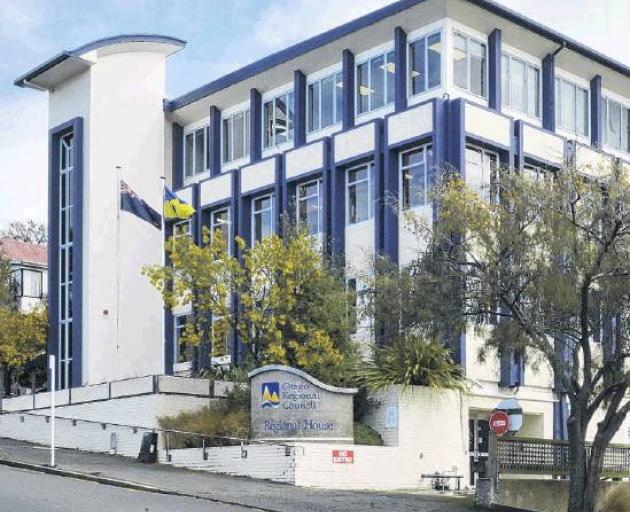 On the one hand it has spent the scandalous amount of $10 million on not finding new premises. At the same time it is giving some of the land around the harbour away.

We will never have anyone owning up to being the person who has advised the ORC on the wasting of our money on searching for a new home for the ORC. Apart from any of the money which has been spent on local advisers, thereby keeping money in the Dunedin economy, there is absolutely no good in this spending. Even the idea of looking to build a replacement building for the ORC is flawed.

For starters for the amount spent so far the ORC could already have purchased a building sufficient for its needs. Just for comparison Burns House, which has a rateable value of $10.5 million, has somewhere in the vicinity of 8500sq m. The ORC only needs about 3000sq m, so it could have leased out the balance and be way ahead.

It is also uneconomic to build a new building compared with the cost of buying or leasing an existing building. Replacement costs for a commercial building in Dunedin are three to four times the cost of buying an existing building. That is why nearly all the cranes in our skies involve public money. If the problem the ORC has is that it wants to build somewhere central and include lots of parks, it is time for it to think about it being a daft idea to increase the demand for parking in central Dunedin beyond that already required by existing buildings.

Recently we heard in the paper that the ORC had failed to buy land to build on, and that it did not even seem to know it was no longer in the running. Undeterred, it was off within days to look into yet another property.

Possibly the ORC has been getting its property advice from Chalmers Properties.

Sadly, because Port Otago is not subject to the Official Information Act, we have no ability to find out what its subsidiary Chalmers Properties is actually doing.

What we do know is that Chalmers Properties, or Port Otago as it was reported, has just given away land belonging to us as ratepayers to the University of Otago, essentially a taxpayer-funded institution.

Port Otago is "controlled'' by the statement of intent (SOI) it negotiates every three years with the ORC. This SOI is an agreement between the "shareholder'', which is the ORC, and Port Otago, where Port Otago agrees what it will do with the company and assets it controls.

The objectives in the current SOI include:

"To communicate the company's plans and achievements to staff, shareholders and the wider community and to be receptive to constructive comment.''

Under the "nature and scope of activities'' headings of the SOI is included growing the investment portfolio and selling leasehold land where a sale would enhance development and employment opportunities in Dunedin.

However, nothing in this agreement suggests Port Otago is authorised to give our land away.

The piece of land that was given away cost $2.4 million to clean away the asbestos after which it would have been worth about $300 per square metre.

So Port Otago has given away $3.75 million of our assets to the university. This price may be lower if the Government doesn't stump up with money to repair the wharves, but in any case the principle is the same.

The reason for the gift was apparently so that the university can build something on the waterfront. We can assume that it was hoped that whatever the building is would be in keeping with the waterfront vision if it ever goes ahead.

Or maybe not. We cannot know, since none of those who are discussing waterfront visions seem to think we should be kept in the loop about what they are up to.

There may have been some excuse for this if our elected representatives on the ORC had passed a resolution agreeing to the gift. They didn't. Apparently they were told it was happening but not asked whether it should happen.

We will never know why the ORC has wasted over $10 million of our money looking for a piece of land to build something that makes no sense to build.

We will never know why it continues to look for land, nor why it is looking around the waterfront, which may be subject to sea level rise and would take away highly sought-after industrial and commercial land near the centre of Dunedin.

We will never know whether it takes advice from Chalmers Properties, nor whether Port Otago intends to give away any more of our stuff to anyone who is taxpayer-funded or indeed anyone else it feels like benefiting.

Whoever it was who has been giving the ORC advice in spending $10 million not to buy a building, please could we stop using them for advice?

If it was Port Otago with or without the help of Chalmers Properties, could Port Otago honour its SOI and keep us informed as to what it is up to, preferably in time to have discussions outside the closed waterfront stakeholder group and before even more money goes down the drain?

And if Port Otago wants to give anything away which belongs to us, could it do the decent thing and consult with the ORC publicly prior to doing so?

As the SOI says, Port Otago has promised to be receptive to constructive comment.

This opinion piece is intended as just that. - hcalvert@xtra.co.nz

• Hilary Calvert is a former lawyer, politician and city councillor.

Yes, Dunedins' hidden elites have been playing silly buggers with our public money again.
I don't accept "that we will never know" how this has been done.
I demand that we, the rate payers of Otago, be presented with an audited schedule of invoices identifying where the money was spent and with whom.
I also want the minister for local government to investirgate how to clean out such stupidity from local authorities.

It's also time Hilary Calvert had a rethink about her political career.
We need astute people on our councils now, more than ever.

In other brief news, many communities continue to suffer due to ORC under funding on basic core infrastructure...........

'Our' land is something of a shibboleth. It's not like the public can go and occupy these places.