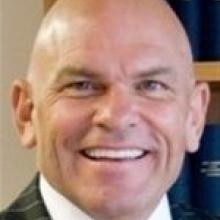 Rodney Hide
Some time around the middle of the week, John Key woke up to the fact that scrapping with Phil Goff over Richard Worth was doing him no good at all.

Labour had Mr Key where it wanted him - bickering with Mr Goff over relative trivialities.

The Prime Minister's response to questions suddenly changed. He had a country to run.

Voters wanted to see the Government and its ministers focused on the substantial issues that mattered to them - not distractions.

Mr Key may want to rev up his Government, but he has no need to light a fire under Rodney Hide.

Act NZ's leader has done the impossible: make Local Government a sexy portfolio as he ploughs ahead with a major overhaul of local body structure in Auckland and local authority functions across the country.

As was the case with Mr Worth, Mr Hide is a minister outside the Cabinet.

His influence is correspondingly much reduced. Or should be.

In the few short months in the job of Minister of Local Government, however, he has worked out how to pull the levers of power to get what he wants.

What he wanted most of all he has now got - sign-off from the Cabinet for a wide-ranging review of the Local Government Act.

The only question is the degree to which National is willing to come along for the ride.

Mr Hide has long spoken on behalf of angry ratepayers. Now he has the chance to do something.

The Cabinet paper which was written in support of the review - and which popped up on the Department of Internal Affairs website last week - does not pull punches in its critique of the status quo.

It proffers radical solutions - some, such as forcing councils to live within a defined fiscal envelope, borrowed from the US right. It is radical stuff.

Councils' operations would be stripped back to core services like rubbish and water.

Ratepayers would be able to call referendums on major projects or were major rates rises.

Like central government, councils would have to produce pre-election financial updates.

And if that means added cost then councils will just have to find savings elsewhere.

He also wants a mechanism to compare councils' performances so ratepayers know when they are being short-changed.

Mr Hide's drive for "transparency and accountability" was greeted with predictable calls for National to rein in Act's "radical right agenda".

Mr Hide was probably delighted by the reaction.

In a crafty move, he had instructed officials to put the Cabinet paper on the website without fanfare. At some point someone was going to stumble across it and highlight its incendiary contents - thus guaranteeing Mr Hide's plans more exposure than would have been the case had he held a press conference to announce the review.

Sure enough, within four days, someone had discovered the Cabinet paper.

The Greens co-leader Russel Norman was first out of the blocks, slamming Mr Hide's prescription for "gutting" local government and opening the door to wholesale privatisation of council assets.

Drawn into the argument, the Prime Minister, probing for the middle ground, questioned Mr Hide's definition of "core services", emphasised provision of social services was an important role for councils and described the review as "an engagement in debate".

That would seem to put the dampeners on Mr Hide's proposals - as did another senior minister who privately stressed that it would be the National Cabinet which will be making the final decisions. However, Mr Hide's determination to give ratepayers better tools for controlling councils' costs and activities should not be underestimated.

Mr Hide is in a hurry because he wants the changes in place before next year's local body elections.

He got sign off from Cabinet for the review on April 20.

He has set a deadline of the end of August for officials to report back to him.

All up, that is just over four months.

In contrast, the previous government's independent rates inquiry took a year to complete - only for Labour ministers to then sit on its report.

That inquiry still has its uses, however.

Mr Hide is citing it and the report of the Royal Commission on Auckland governance as a clear enough indication of the public's thinking.

There will be no public discussion document.

There will be some dialogue, but only with Local Government New Zealand and the Society of Local Government Managers and largely to make use of those organisations' technical expertise. Everyone else will have to wait until the enacting legislation goes before Parliament.

In that respect, Mr Hide seems to be back on the same bulldozer he used to ram through the Auckland "Super City" rationalisation.

That is another reason to hurry.

He has only a limited amount of time to demonstrate to a wider constituency than Act stalwarts that his party can deliver if given the chance to play a role in Government.

If he can put a ceiling on councils' spending, he is presumably hoping the forced belt-tightening starts to slow and even halt rate increases during election year.

However, all that hinges on how far National is willing to go.

It is a safe bet that the review of the Local Government Act will recommend much of what is in the Cabinet paper.

Mr Hide's only concession so far is to widen the definition of core council services from the basics in the Cabinet paper to encompass libraries, swimming pools and such like.

Mr Hide will be punting that pushing radical recommendations will give him room to meet National halfway.

He has two things going for him.

First, this is one occasion when it might suit National to let Act make the running.

If the revamp produces leaner councils without affecting services, National will claim the credit.

If there is mass squealing as councils chop services, then Mr Hide and Act will be left to carry the can.

Second - and perhaps more crucially - Mr Hide's prescription dovetails with the one National is implementing in central Government.

One of the neglected features of the Budget was its flagging of a monumental shift in public service culture.

This is best symbolised by the appointment of New Zealand Post's chief executive John Allen to head the Ministry of Foreign Affairs - a job which has previously always been held by a senior diplomat.

Such appointments are not just a temporary response to the need to find savings to get the country's financial books out of the red.

National intends a permanent transformation in the public service mindset from expecting additional funding to meet cost pressures to one where getting "value for money"is a core part of any government department's "business".

If central Government bureaucracies are being put through the mincer, why should local government ones be exempt?