Motherhood can and does take many forms 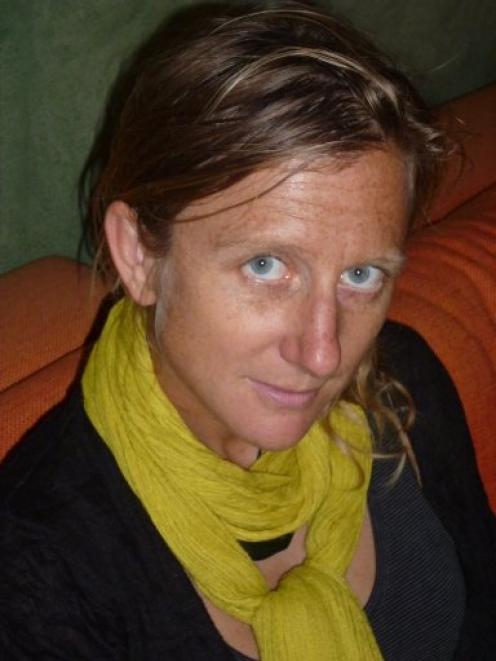 Liz Breslin
OPINION: This week I have been thinking about motherhood, which is a dangerous thing.

If I was A. A. Milne I'd go so far as to call it a Very Dangerous Thing with a tiddley-pom or two thrown in for good measure.

Thinking aloud about motherhood is akin to lighting the touch paper on a slow-burn firework. I used to write one half of a debate column on flaming issues such as breastfeeding, immunisation and which parent's surname to take.

. You're bound to upset someone talking about motherhood because we all take it all so personally. Because it is personal. It's family.

But the reason I've been thinking about the Very Dangerous Thing (tiddley-pom) that is motherhood this week is threefold: I listened to a talk about the Parent Trap at the latest in a series of Inspire Wanaka talks, I became surrogate mother to Jasper and Miko (week-old twin goats) and someone said to me, ''I didn't pick you for a pony club mum''.

Hmm. I didn't pick myself for a pony club mum (tiddley-pom) either, but as it happens, my daughter is lucky enough to be looking after and loving a pony and it's my pleasure to help her.

Having only been to pony club a handful of times, I'm still not quite sure what a pony club mum acts/looks like, but given the conversation above, I take it that she's not me. Or I'm not her. And that's fine. I think.

I mean, I don't aspire to being any particular kind of mother, rather to having healthy, happy children.

Anyway, purely in the spirit of being slung a mothering stereotype, I thought I'd sling some of my own, in the knowledge that anything you say about motherhood offends someone anyway.

So I will be Inflammatory Opinionated Writer Mum (who types instead of doing important motherly duties - tiddley-pom and yahoo to that!) and offer you the following list. Could one of them be someone you know?

Martyr Mum
She's steeped in Catholic guilt and the need to subjugate everything to her children's needs. ''Oh don't worry about me. I'll do it. Yes, I'm fine. I've only been up three times tonight to feed her.'' Not to be confused with Protestant Work Ethic Mum who scrubs her house and children and knows everything will be OK as long as she works hard enough.

Worried Mum
Is my baby big enough? Should she have teeth by now? Has he got enough friends at preschool? Will he make it round that big cross-country course? Is she good enough at reading? Am I helping her enough? Is he eating right? Sleeping well? Why am I so exhausted?

Sports Mum
She has the admirable ability to dress as if she could be heading out for either some light exercise or a latte, has her phone on hand for recording the kids' every move and is always happy to give refs and coaches helpful tips on how the game should be played. The scariest of the Sports Mums is the Queenstown Soccer Mum. Don't say tiddley-pom, she won't laugh.

Gold Medal Mum
Competitive in all fields, this mum knows it's no coincidence that Achievement starts with an A. And that's what you'll be getting, offspring of Gold Medal Mum, if you know what's good for you.

Crafty Mum
Homemade ginger beer? Lashings of it. Christmas tree covered with handcrafted bijoux? Of course. Crafty Mum creates great photo albums, cute sunhats and cupcakes that could come straight off the pages of mummy blogs or lifestyle magazines (and probably did). Not because she has to, because it's so much fun, darling.

DIY Mum
As in do it yourselves, kids. This mum believes firmly in the value of letting children learn through their own experience while she gets on with doing what she wants to do. Depending on your own value systems, you can also call her Lazy Mum, No Boundaries Mum or Peaceful Non-Interfering Mum (tiddley-pom).

Wholemeal Mum
Her naturally-fed, health-conscious kids are always first in the line for lollies at parties.

I'm probably most of these mums some of the time. The trick is remembering to be me as well. I can't recognise the person I was before children when I see her in photos.

And when I show my kids images of me in the years when my life was my own, they're as disbelieving as I am. Still, they've told me before that they think I'm not a Proper Mum.

It's something to do with the hair, apparently. Or the rules. Or a kind voice and cool hands. Which gives me hope of continuing to make ginger beer, go to pony club and remaining an Unstereotyped Mum (tiddley-tiddley-tiddley-pom).