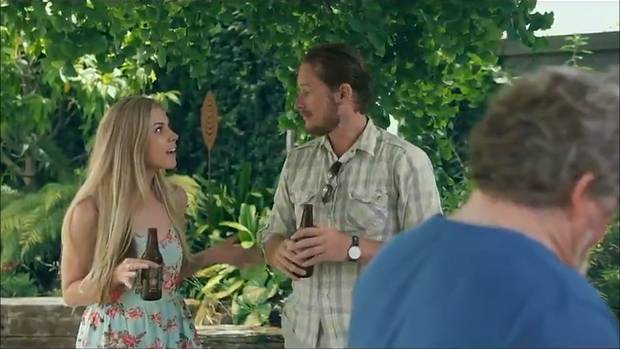 There is plenty of debate about whether it's sexist or not, but let me tell you, it's sexist.

It plays to the old trope of man-explains-to-unworldly girl.

If you didn't get that from the wide-eyed stupidity of the female character, you should've got it from the reinforcing sausage gag.

They're all sizzle, no sausage. The sausage is a phallic symbol FYI.

Labour promised to build 10,000 houses in the first year of its flagship housing programme. Like many of its policies, KiwiBuild has failed to deliver. If there’s one thing we’ve learned with this Government, it’s don’t believe the hype. pic.twitter.com/C7DzirO5bz— NZ National Party (@NZNationalParty) 12 February 2019

I'm a little tired of National playing this card.

Most 'text', linear or visual, is interpreted according to Worldview. Advertising is direct messaging. The stereotypes are unmistakable.

Elements opposed to decency and respect will stagnate us.