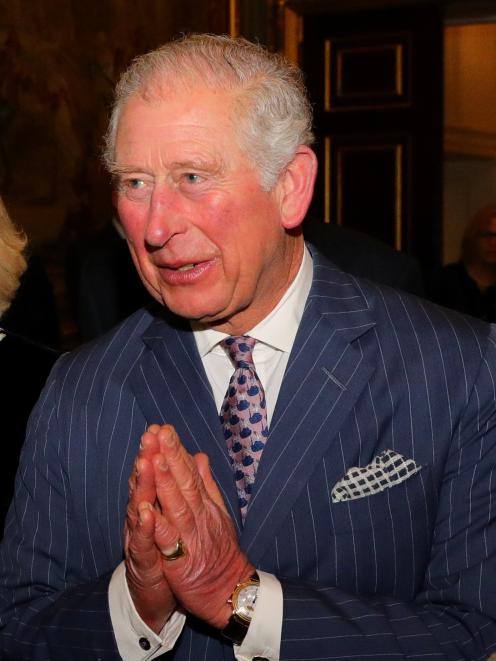 The announcement that Prince Charles has tested positive for Covid-19 highlights the acute dilemma the pandemic poses for the British Royal Family: how to display solidarity and leadership to a nation with a deadly disease hanging over it.

The prince has faced criticism for what some see as preferential treatment, at a time when even many frontline health workers are finding it impossible to get tested for the virus. Junior health minister, Edward Argar, denied this, saying the prince's symptoms had met the criteria for testing. "The Prince of Wales didn't jump the queue," he told Sky News.

On the other hand, his condition shows that the Royal Family has no more immunity to the virus than anybody else.

The present Royal Family actually owes its status to a virus: the death of the Duke of Clarence in 1892 after an influenza epidemic meant that his intended, Princess Mary of Teck, had to marry his younger brother, the Duke of York, who in 1910 succeeded to the throne as King George V.

Showing leadership was so much easier in wartime. When Buckingham Palace was bombed during the Blitz, Queen Elizabeth was able to say that she was glad it had happened because she could "now look the East End in the eye". The Royal Family's refusal to leave London — even in the face of the threat of invasion — displayed a sure sense of leadership. So too did the appearance of royals, including the young Princess Elizabeth, in uniform and doing their bit — hands-on, as we would say today — for the war effort.

The idea of the Royal Family as a role model for the nation has its origins in the long malady of King George III.

George's reign had started with intense controversy about the political role of the crown, but in the later part of his reign he concentrated on cultivating the public image of his family as a model of virtuous family life, even adopting a "Windsor uniform" for them all to wear.

The king's prolonged period of illness, which had a disastrous effect on his mental stability, provoked a wave of public sympathy, the more so as public disgust grew at the excesses of his son, the Prince Regent.

When the throne finally passed from his offspring to Queen Victoria in 1837, she and Prince Albert resumed the task of fashioning the Royal Family into a role of moral leadership for the nation.

World War 1 presented Victoria's grandson, George V, with an acute dilemma. He was keen to be seen to provide leadership, though in truth he was essentially a figurehead. Nevertheless, he visited the Front, distributed medals and provided a public image of a monarchy in touch with the nation.

The Prince of Wales (later Edward VIII who was to abdicate in 1936), however, suffered from acute frustration: he was an officer in the Guards, yet was prevented by protocol from going anywhere near the Front for fear of his being killed or — worse — captured. As a result, he always felt that he had missed out on the defining experience of his generation.

It was a mistake that the royals did not make again: members of the Royal Family have regularly served in war, most recently Prince Harry, who performed two tours in Afghanistan.

The same rules applied on the home front. In World War 2, George VI made sure it was known the Royal Family were living on the same rations as everyone else — the young princesses Elizabeth and Margaret watched in silent fury as the lord privy seal, Sir Stafford Cripps, a vegetarian, "consumed a whole week's egg ration" when dining with them.

A pandemic, however, is very different from a war.

There are no bombs falling from the sky, but there are no safe places either, and it is difficult for royalty to stage the sort of managed photo opportunity usually needed for leadership in difficult times.

A senior royal testing positive does not allow the Queen to look the East End or anywhere else in the face, if the fact of his having been tested at all underlines social difference rather than social solidarity.

The Palace is usually circumspect about issuing details of the health of senior royals, but this time it might be advantageous to keep the public informed of the prince's progress.

A peculiarity of the British Royal Family is that the monarch is also supreme governor of the Church of England, and the Queen clearly takes her religious faith seriously — her annual Christmas message is often couched in overtly Christian terms.

Nobody looks to the monarch to preach, but it may be that in this time of threat, the Queen might feel drawn to use both her political and religious authority to make a show of solidarity with her people. It is, after all, what many people think the monarchy is for. — theconversation.com

- Sean Lang is a senior lecturer in history at the Anglia Ruskin University in England.