The royals have not been so young and glamorous for years.

That's great for the Windsor brand, but provides ripe pickings for anyone wanting to make a quick buck. First Prince Harry was caught with his pants down in Las Vegas and plastered nude on a US celebrity website. Now topless photographs of Kate Middleton have been published in a French magazine. After a golden run in the wake of the William-Kate wedding, the young royals are attracting headlines they don't want.

Both cases are a reminder we live in an age where privacy has virtually ceased to exist - and the contrasting reactions show many people are undecided about where the privacy line should be drawn. With Prince Harry, it was all seen as a bit of a laugh. He was a young man with a history of partying and he let his guard down. The UK tabloid The Sun, the only newspaper in Britain to publish the Vegas photographs, made the point the prince had compromised his own privacy. With everyone having cameras on their phones, the newspaper argued, perhaps he should choose his boozing pals more carefully if he planned on playing nude billiards. The Palace seemed to agree, issuing a short statement and letting the matter rest.

The response to the Kate Middleton photographs could hardly be more different. There are reports a civil lawsuit against the French magazine Closer has been launched by the Royal Family and an injunction against the magazine's publisher is being sought. Palace officials said the publication was "turning the clock back 15 years", a clear reference to when Princess Diana was pursued by paparazzi and died in a car crash in Paris.

Although care should be used in referencing Princess Diana's relationship with the tabloid press every time a lens is trained on a royal, the duchess' privacy has been invaded in a manner which most people should find offensive and unacceptable.

This is a very different scenario to that presented by the photographs of Prince Harry. There was no recklessness involved.

This was not a drunken party. The duchess was sunbathing topless at a private house in France when a tabloid snapper with a long lens captured her image from almost a kilometre away. A female photographer who took snaps of the royal couple sunbathing from the same vantage point has protested she broke no law and the road where she stood was not guarded by police or royal bodyguards.

While this raises questions about the couple's security arrangements, it hardly qualifies as justification. This is not news. In fact, there is a sinister peeping Tom aspect at play here. A young woman, no matter how famous, has the right to enjoy private time without fearing being in the sights of a long-distance "sniper".

The British tabloids, which have a fondness for double standards matched only by their readers, have wasted no time in scolding the French magazine - but one wonders whether they would have run the photographs if they thought they could get away with it. While bikini photos of the late Princess Diana were a tabloid staple, selling truckloads of newspapers to the same public who later condemned the media for pursuing the princess, there is a clear feeling in the wake of the Leveson inquiry these shots are not the right royal scoop to test Britain's privacy laws. The Irish Star has been roundly condemned for publishing them - even by the owner of its ultra-racy English sister paper, The Daily Star. The Irish publisher has since apologised for the paper's actions and hopes to resist efforts of its British partner to close the paper.

The reality for Kate Middleton, however, is that the privacy laws and public opinion which have kept the photographs from appearing in UK print publications won't stop people from seeing them. The nature of the internet is the photographs have already been republished in multiple online locations and anyone who wants to gaze at the undressed future queen will have already done so. Sadly, it seems it will be encumbent on her from this point to assume the worst in every situation, and take every step possible to secure her own privacy. 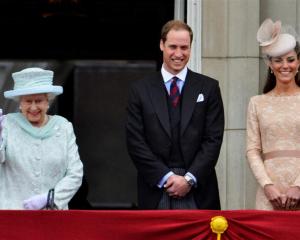